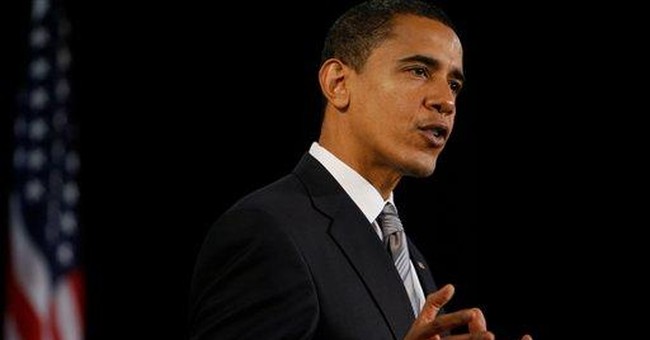 Americans are about to get a civics lesson -- and not a moment too soon.

Next month hordes of visitors will flood the National Mall to watch the swearing in of President-elect Barack Obama. Millions more will watch on television. But a study by the Intercollegiate Studies Institute shows that few Americans will really understand what they’re witnessing.

ISI gave more than 2,500 people a 33-question quiz about basic historical and constitutional principles. The average score: 49 percent. By any measure, that’s a flunking grade.

Seven out of 10 Americans who took ISI’s test failed it. And a look inside the numbers is even more sobering.

* Fewer than half can name all three branches of government (legislative, executive and judicial).

* Only 53 percent realize Congress has the power to declare war (even though lawmakers have voted twice in the last eight years to approve foreign wars).

And it’s not just the general public that lacks basic civic knowledge. Too many of our leaders fall short as well.

In ISI’s sample, 164 of the 2,508 respondents said they had been elected to government office at least once. There’s no way of knowing if this meant federal, state or local government. But it’s sobering to note that those who say they’ve held office earned an average score of 44 percent on the civic literacy test -- lower than the public they were elected to serve.

Among these officeholders, almost half (43 percent) don’t know what the Electoral College does. One in five guessed it “trains those aspiring for higher political office” or “was established to supervise the first televised presidential debates” instead of identifying its actual role: selecting the president of the United States.

This sort of historical illiteracy jumped out at me when I visited the new Capitol Visitor Center. This $621 million structure (vastly over budget, but who’s counting?) would have been a perfect way to teach visitors about our constitutional republic. Instead it misleads.

An honest Center would have explained that the Constitution laid out certain limited powers for each branch of government. Instead the center focuses on “aspirations,” making it seem as if Congress is empowered to do anything under the sun to make Americans happy. You’d think lawmakers had a blank check to do almost anything.

It’s also deeply troubling to see how the Center omits key references to our religious heritage. “Separation of church and state is vital to our liberty,” writes David Waters on The Washington Post/Newsweek blog On Faith. “But trying to scrub from American history or public life every reference to God or faith isn't just silly. It's inaccurate and misleading.”

If there’s one positive finding in ISI’s report, it’s that most Americans agree we need more civics lessons. Almost three-quarters of those who took ISI’s test said that colleges should prepare students by teaching them about American history.

This isn’t happening, though. The average score on ISI’s test for those holding bachelor’s degrees was only 57 percent. Even those with advanced degrees scored just 65 percent. Both are failing grades. That could change if universities and even high schools rededicated themselves to teaching what students need to know.

Civic literacy, in fact, is something we all need. After all, millions of inaugural viewers are about to get a valuable glimpse into our system of government. They should understand what they’re seeing.