Bankruptcy, Not a Bailout 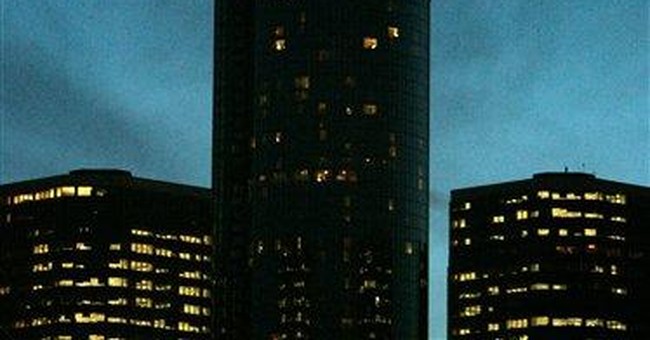 It’s getting downright painful to open any piece of mail from a brokerage or investment firm. Virtually every mutual fund in the country is down sharply, and investors have lost tens of billions of dollars in the last few weeks alone.

Those who own stock in American carmakers have been pounded especially hard.

Stockholders may soon decide to frame their certificates and hang them on the wall, something some already do with certificates from 1940s-era carmaker Tucker Corporation. After all, stock in these industrial giants may soon have little more than novelty value.

In short, Detroit’s “Big Three” automakers are almost out of cash and must do something drastic if they hope to fix themselves. The only question is: Will they take action now, or burn through billions in federal funding first?

In October, federal lawmakers approved $25 billion in loans so Detroit-based carmakers could produce “cleaner cars.” But that isn’t enough. Just weeks later, the CEOs of Chrysler, Ford and General Motors were in D.C. to ask for even more federal help. These men want to take the aid and continue with business as usual (They flew from Detroit in private jets, for one example) -- the same poor strategies that have driven them to the brink of insolvency.

So far cooler heads have prevailed. Congress decided to step back and allow the industry more time to make its case. But there’s a better, although tougher, solution: American carmakers should use this time to declare bankruptcy.

Chapter 11 protection would give these manufacturers a chance to reorganize under new leadership and solve some of the major problems that have dragged them down in recent years.

For starters, the Big Three need an affordable labor deal. Across the decades, Detroit’s powerful United Auto Workers union has negotiated unsustainable pay packages for its members. UAW employees earn three times as much as an average blue collar worker makes -- $75 per hour on average in wages and benefits. That’s also about $25 per hour more than American employees of Japanese automakers earn.

Health care for retirees and current workers cost the company $4.6 billion in 2007. That, in turn, adds $1,200 to the cost of each new GM vehicle produced in the United States.

A bailout would mean taxpayers -- many of whom make far less than the average autoworker -- would be stuck paying for these unaffordable pay packages. Under bankruptcy protection, though, automakers could hammer out better deals, allowing them to close unnecessary plants, trim their workforces and reduce pay and benefit packages to bring them in line with those offered by other heavy manufacturing.

To succeed in the long haul, the automakers must also be able to shut down makes and models that don’t sell very well, and also close underperforming car dealerships.

There are more than 6,000 GM dealers nationwide, for example, and the company produces cars with eight different nameplates. Industry expert Steve Girsky estimates the company could close more than half of its dealerships -- but that won’t happen outside of bankruptcy protection.

After all, when GM shut down its Oldsmobile line a few years ago, it ended up having to pay dealers more than $1 billion in “financial assistance” to keep them from suing. Dealerships will continue fighting tooth and nail, and there’s simply no way outside of Chapter 11 that the automakers will be able to consolidate their operations.

Bankruptcy doesn’t mean the automakers will disappear overnight, eliminating tens of thousands of jobs. Quite the contrary. Like the airlines that have gone through Chapter 11, automakers could emerge stronger in the end. Bankruptcy, not a bailout, is the answer.