Republicans Better not be Too Angry 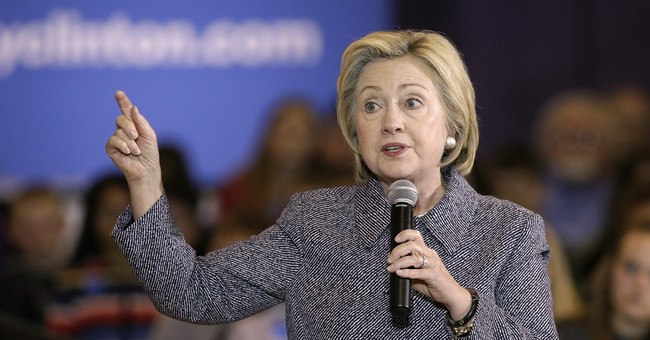 As we approach the new year 2016 and the upcoming general elections slated for November, Republicans and conservatives would do well to keep one thing foremost in their minds during the coming election season. To use an old adage, “let’s not throw the baby out with the bath-water”.

While Republicans have every right to be angry at the Republican-controlled Congress and Senate’s failure to live up to the promises that put them in control of both houses of government in 2014, the alternative of Democrat control of either house of the legislature would have been much worse.

Even with the less than stellar performance of Republicans, it’s scary to imagine what Barack Obama could have and would have done to this nation with both the Congress and the Senate under Democrat control, as it was during his first two years in office when he rammed ObamaCare down Americans' throats.

He wouldn’t need his “telephone and pen”, or his illegal executive actions to accomplish the “fundamental transformation” of the United States that he has told us he was going to achieve. He and the Democrats would run roughshod over the rights of Americans, and the Constitution of the United States be damned!

In fact just recently during an interview Barack Obama promised us – or warned us - that he intended to spend his remaining time in the White House “squeezing every last bit of change he can” out of his last year in office. That alone is a scary prospect. Particularly when one considers how weak and ineffective Republicans have been at confronting the president and his agenda.

But are Americans' memories that short that they can’t remember when we had a Speaker of the House Nancy Pelosi ? And unless something has happened just recently I don’t recall seeing any announcement that she intends to retire from Congress after her current term. If Democrats took back the House she would feel entitled to regain her Speaker’s gavel, you can count on it. And more than likely she would succeed.

And though Harry Reid has already announced his retirement he could always change his mind. After all, hasn’t Harry lied to us in the past? Both could well return to leadership positions if Republican voters get so angry that we really do “throw all the bums out”.

There is one constant in politics that Americans can always depend on, Democrats stay loyal to party no matter how unhappy they might be with a particular candidate. If there is a ‘D’ next to the name on the ballot, Democrats will vote for whomever that letter ‘D’ corresponds to. You can depend on it. That’s what gave us a President Bill Clinton twice.

And even if ole Harry does keep his word and retire, New York Senator Chuck ‘Where’s the TV Cameras’ Schumer is standing ready to take his place. Replacing an old crook with an extreme liberal doesn’t sound to me like any improvement to me.

The real prospect of a President Hillary Clinton, aided and abetted by a Speaker of the House Nancy Pelosi and Majority Leader Harry Reid – or Chuck Schumer – is absolutely horrifying to consider.

With a number of Supreme Court Justices getting older, including some of the dependable conservative justices, does anyone believe that a President Hillary Clinton would have any difficulty getting her nominees through the confirmation process with a Democrat-controlled Senate?

Not to mention all the federal court judges who will guide what cases actually make it up to the Supreme Court level. A Hillary Clinton administration supported by her party controlling the Senate will be in a position to change the makeup of the judiciary for decades to come.

And for all the gun owners out there you can kiss your Second Amendment rights goodbye. Hillary Clinton has already stated unequivocally that she intends to enact strict gun control on Americans. And with a stacked Supreme Court to back her up she’ll get what she wants.

While the Senate rules currently require sixty votes to confirm Supreme Court justices, does anyone really trust that the Democrats are going to live up to that requirement, and not just invoke the so-called ‘nuclear option’ to get Hillary Clinton the Supreme Court that she wants?

Whenever they’re in control the Democrats change the rules to suit their needs when it’s politically expedient. And a bunch of Republicans whining about it won’t prevent them from doing it once again.

So while it is certainly proper and important to let Republicans know how unhappy we are with them, we need to consider the alternative. And to those who argue that “there’s no difference”, just think about what I mentioned a few paragraphs ago.

“President Hillary Clinton, Speaker of the House Nancy Pelosi, and Senate Majority Leader Harry Reid or Chuck Schumer”. And a Supreme Court hanging in the balance.

If that doesn’t scare the living daylights out of you, nothing will.