A Clean T-Shirt Just in Case 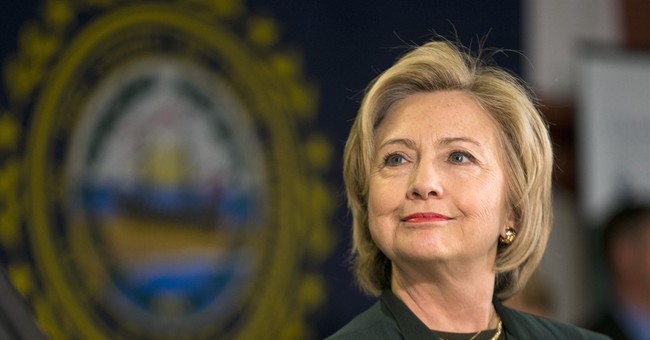 Back when I was a kid I remember my mom and dad regularly admonishing me to make sure when I left the house that I had on clean t-shirt, “just in case I was in an accident or got run over”. Basically the message was “be prepared”.

As the campaign for president in the next election moves forward and starts to heat up even more the Republican candidates, and especially the eventual Republican nominee for president would do well to remember these words of wisdom from my parents. Be prepared to get run over.

Considering the barely concealed anti-Republican venom spewed forth by the CNBC moderators during the recent Republican debate, it’s apparent that the so-called “mainstream media” will be out in force for Hillary Clinton during the coming campaign. Including any presidential debates that might take place, as well as the final stretch run for the White House in 2016. Everyone’s surely familiar with the term ‘October surprise’. Watch for it since it’s certainly being planned.

The eventual Republican nominee once selected will find themselves under a withering assault from the Clinton machine and their allies in the media. Which the Clintons have had in their pocket since Bill and Hillary Clinton first lied on national television about the extent of his infidelities and predatory behavior during the famous ‘Stand by your Man’ 60 Minutes interview back in 1992.

The news media for decades now has helped the Clintons hide and cover up their misconduct and character issues, concealing from the American people a true picture of just how corrupt the Clintons really are.

Her recent testimony before the House Benghazi Select Committee is just another case in point where when confronted with the option of telling the truth in order to help the committee to learn about and get a better understanding of what happened during that tragic day, hopefully to help prevent something like that from happening again, Hillary Clinton chose to fall back to her ‘default setting’.

Which is to obfuscate, parse words, and flat out lie to protect her own political future. But to hear the “mainstream media” describe it the following morning on their news reports, Hillary Clinton had experienced her ‘finest day’ during her appearance before the Benghazi Select Committee. They were almost giddy. The fact that it came out that Hillary Clinton had lied to the American people was never mentioned.

Obviously any Republican candidate will be facing an uphill battle getting fair treatment, or for that matter even equal treatment from the Hillary-aligned news media. It won’t be just a matter of fair or equal reporting, it will also be about what the media doesn’t report.

If the news media’s ‘kid-gloves’ handling of the recent Democrat debate is an example, any embarrassing facts about Hillary Clinton will be conveniently omitted from news reports so as to not cause her any political harm. The sins of omission are just as unfair as the sins of commission.

Any claims about Hillary and the media will maintain a ‘professional skepticism’ and demand ten independent witnesses, polygraphs, fingerprints and DNA, and video-taped evidence of anything potentially negative before reporting anything about the former secretary of state.

The Clinton campaign’s ‘Opposition Research Team’ will also rip into any Republican candidate’s background like a buzz-saw. Everything that can be distorted, exaggerated, or lied about will be dug up and used. And the media will gobble it up and report on it, no questions asked.

You see, one doesn’t have to claim that any made up dirt or distorted and twisted information on a candidate is true, all they have to do is give it to the media and let the media report that there’s been an ‘allegation’. Once that’s done it doesn’t matter what the truth is anymore. Retractions are rarely printed, and Hillary and her supporters will continue to run with a false story for as long as they can since they know they’ll never be called on it by the media anyway. Remember if you tell a lie enough it becomes the truth.

Even nothing more than just rumors about a Republican gathered by “dragging a hundred dollar bill through a trailer park”, as was so colorfully described by Clinton hit-man James Carville during the Paula Jones scandal, one of the numerous scandals he helped to manage during Bill Clinton’s administration, will be accepted as ‘Scout’s Honor Truth’ by the news media.

Yes, the eventual Republican candidate will do well to heed the advice of my mom and dad, and likely moms and dads throughout history, and make sure that they are wearing a clean t-shirt for when they are run over by the Clinton Media Machine.