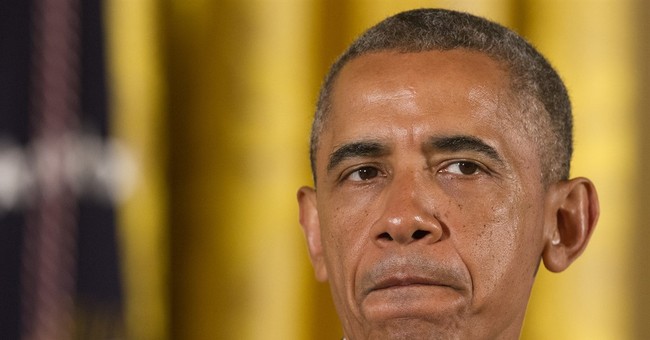 For once during his presidency Barack Obama is right about something. The threat of global warming has just increase exponentially with the recent announcement that the president has enough votes in the United States Senate to insure that his deal with Iran will be sustained. And things have definitely gotten much hotter for the nation of Israel, and in fact across the entire Middle East.

Just recently the general in charge of the Iranian Quds force has pledged to completely annihilate the Jewish State. And the anti-Israeli and anti-American rhetoric coming from the Iranian leadership has continued unabated, if not increased as a result of American appeasement in the recent negotiated nuclear deal with the Islamic Republic of Iran.

Soon to be flush with billions of dollars to fund international terrorism, things look to heat up not just for Israel but also for the United States and our interests around the world. As well as any other Western nations whose policies Iran may take a disliking to, or where a Jewish population is maintained.

While the Obama Administration may argue that this agreement will prevent war with Iran, the fact is that Iran has been at war with the United States since 1979, and as a result of this agreement will be emboldened by the weakness exhibited by Secretary of State John Kerry and Barack Obama. History is replete with examples of adversary nations taking advantage of weakness and embarking on military adventurism to exploit that perceived weakness.

Not only is Barack Obama weak and naïve when it comes to handling American foreign policy, his true goal of abdicating American leadership in the world and reducing the United States to ‘just another member of the family of nations’ is patently obvious. It has been obvious since he first set foot into the Oval Office.

Supported by a Democrat-Socialist Party that acquiesces to his demands repeatedly, and for no apparent reason other than to maintain party loyalty. The best interests of the people of the United States of America be damned !

Most recently Maryland Senator and career politician Barbara Mikulski announced that she would support the president and vote in favor of his nuclear agreement with Iran. Since she is retiring and will not have to run for re-election she can vote her party instead of her conscience and what she knows is right.

Missouri Senator Claire McCaskill has also come out in favor of the president’s Iran agreement. The Missouri Senator knows full well that her election to another term in the United States Senate will be an uphill battle in ‘Red State’ Missouri. And with Hillary’s campaign for the presidency flailing about and in serious doubt, which will prevent McCaskill from obtaining the cabinet post she hopes for to cap off her career, one would think that McCaskill might show a little independence. But one must remember, she’s a Democrat-Socialist and they vote party affiliation, not what their constituents want or what’s in the best interest of America.

New York Senator Chuck Schumer was also certainly very careful to do a head count to insure that his “no vote’ on the Iran deal wouldn’t affect the outcome. He surely believes that he’s bought himself some credibility among his Jewish constituents, when the reality is that most Americans aren’t stupid, as the career politicians believe we all are.

New York’s Jewish community understands that Schumer’s ‘vote’ was simply a political move planned out well beforehand to not make any difference in the final outcome. Simply a canard by another Democrat-Socialist to try to protect themselves politically, instead of upholding their oath of office to “protect and defend the United States of America”.

As it stands now the nation of Israel has been left with the proverbial Sword of Damocles’ hanging over them. Funded by the billions freed up by the Obama Administration’s deal with Iran, the Islamic Republic will certainly increase their support for Hezbollah and Hamas on Israel’s borders.

The results will be that things will definitely heat up for the Jewish State. Coming under an increased and almost daily missile attack from Lebanon and Gaza, and perhaps even a new and well-financed ‘Intifada’, resulting in the deaths of many, many innocent Israeli citizens.

And all simply because party loyalty is more important to the Democrat-Socialist Party in America than is doing the right thing.