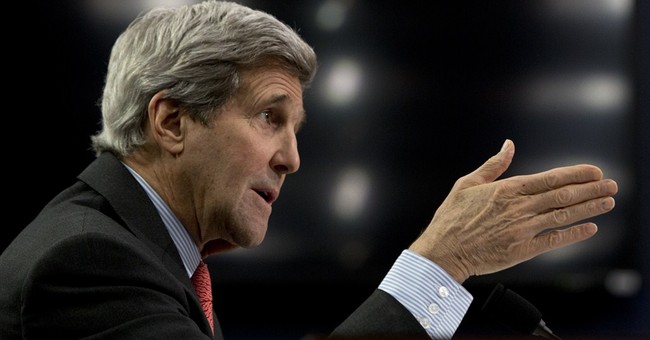 Pursuing that ultimate goal Iran has been at war with the United States for over thirty years, a war that we have refused to acknowledge through both Republican and Democrat administrations over decades.

Iran also views the support the U.S. gives to Israel as the only thing preventing the complete destruction of the "Zionist Regime", which Iran has repeatedly threatened in the past. And against whom they have made repeated statements that Israel should be "wiped off the map".

Is it too great of a leap to think that if Iran can drive a wedge between Israel and the United States to the point that we reduce or stop providing the same level of support to Israel that we have been providing, that Israel can then finally be “wiped off the map” ?

Rest assured that Iran's fingerprints will never be found on any attack against the United States inside our own borders. They will use a proxy to do their bidding for them. There is a large amount of evidence indicating that Iran has been hosting members of Al Qaeda ever since the U.S. invaded Afghanistan;

Evidence also indicates that Iran has provided training and materiel support to terrorist organizations, including Al Qaeda for years. And the Islamic Republic of Iran is responsible for the deaths of many U.S. soldiers in Iraq and Afghanistan, as well as terrorist attacks aimed at Jewish and Israeli interests around the world. Iran's proxy Hezbollah has committed countless terrorist attacks, and has helped kill more Americans than any other terrorist organization prior to the September 11th attacks;

It certainly is a legitimate argument that Iran will continue to use proxies and other resources to confront U.S. interests overseas, and perhaps conduct attacks within the United States should our efforts to stop the Iranian nuclear program result in a failure to curb their appetite for nuclear weapons, and cause the U.S. to resort to harsher measures.

The bottom line is the Obama Administration doesn’t have the intestinal fortitude to go ‘toe to toe’ with Iran. Americans also are war weary after nearly ten years of war in Afghanistan and Iraq, and justifiably so.

Those wars have cost billions and billions in treasure we cannot afford, not to mention the most valuable treasure we possess, the cost in the lives of our sons and daughters. So understandably Americans are hesitant to get involved in another conflict in the Middle East. And that is exactly what the Islamic Republic of Iran is counting on.

But are we prepared to just sit back and “hope they go away”, as it appears the Obama Administration is inclined to do ? The prevailing thought among the Obamunists seems to be “if we just leave them alone, they'll leave us alone”. At least until Barack Obama leaves office, and after that he doesn’t really care what happens to this country.

The reality is that the United States has two options. We can face the Iranian threat head on and do what we can to remove the current leadership, or we can sit back and “hope they leave us alone”. The first option will definitely be difficult and costly, but the second option will ultimately end up being even more costly for our nation.

The Islamic Republic of Iran has no intention of ending their terrorist support around the world. They are committed to the destruction of Israel, “the Little Satan”, and ultimately the destruction of the United States of America, “the Great Satan”.

I have little faith in the Obama Administration being able to stop Iran’s march towards nuclear weapons. One has to be committed to something in order to be successful. And Barack Obama isn’t committed to anything but “fundamentally transforming” the United States of America.