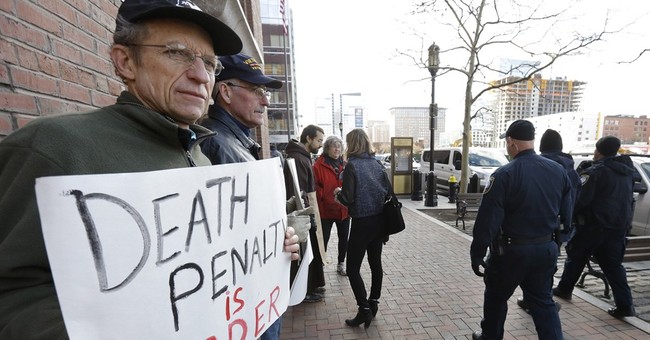 If there is one thing conservatives hate, it’s a failed government program that gives the state power it shouldn’t have. In recent years, however, there is one government policy many conservatives continue to rally behind even though it wastes millions in tax payers’ hard-earned dollars, puts innocent lives at risk and fails to keep Americans safe: the death penalty.

Fortunately, the tide is beginning to turn, and more and more lawmakers, scholars and pundits on the right side of the aisle now recognize that its bad policy to give an all-too-fallible government the power to execute its own citizens.

The recent vote by the Nebraska Legislature to advance legislation repealing the death penalty is just the latest evidence of this trend.

Last week, the unicameral state legislature in deeply red Nebraska voted 30-13 in favor of legislation repealing the death penalty, which came after a unanimous vote by the Nebraska Judiciary Committee advancing the legislation.

Several things stand out in Nebraska’s recent efforts to do away with capital punishment. First, the votes have not been close – there is overwhelming legislative support for ending the death penalty and replacing it with life in prison without release. At a time when states are running out of the drugs needed to carry out executions and an innocent person is exonerated from death row every few weeks, lawmakers increasingly recognize that the death penalty is broken beyond repair.

It should not come as a surprise that Republican Senators are taking this position, given what’s been happening in Nebraska and across the country. Earlier this year, Nebraska murder victims’ families told lawmakers that the death penalty does not help them, but only forces them to endure a prolonged and often painful legal process, a view recently echoed by families of victims killed in the Boston Marathon bombing. The Catholic Bishops of Nebraska emphasized that the death penalty is no longer necessary to keep society secure and its repeal would promote a culture of life.

Nationally, a diverse collection of conservative leaders – including Dr. Robert George, pro-life advocate Abby Johnson, Dr. Ron Paul, Richard Viguerie and others – all have voiced their opposition to the death penalty. Most recently, the former Republican Attorney General of Virginia, Mark Earley, changed his mind and said that he no longer has faith in the government to implement the death penalty.

In the midst of this groundswell of support from the right, Nebraska Governor Pete Ricketts’s opposition to repeal has come across as a bit tone-deaf. He insists that repealing the death penalty is a liberal cause, despite GOP senators and the Catholic Church supporting it. The Republican governor insists Nebraskans want the death penalty, despite a recent poll showing the opposite. He argues that Nebraska uses the death penalty “judiciously” and that it’s an important tool, despite being unable to explain how Nebraska could even carry out another execution given the lack of lethal injection drugs available.

I think Governor Ricketts would have a tough time defending Nebraska’s “judicious” use of the death penalty to the “Beatrice Six.” These six individuals, some of whom had a history of mental illness, were wrongfully convicted of a rape and murder in Beatrice, Nebraska. Police used the threat of the death penalty to help coerce from them false confessions. DNA evidence exonerated the Beatrice Six and identified the real killer, but only after they already spent a total of over 75 years in prison.

Such cases demonstrate the human toll of the death penalty and make clear that government has no business exercising the power to kill its residents, whether in Nebraska or elsewhere. The Nebraska Legislature should be commended for its leadership in pushing to end the state’s failed system of capital punishment – and Governor Ricketts should carefully reconsider his support of this disastrous and disturbing policy.