The Learning Curve of a Candidate 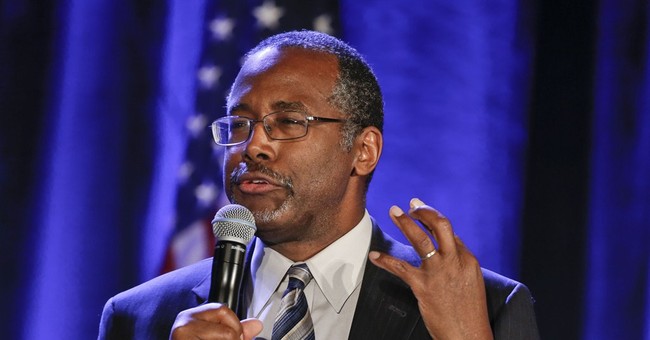 As we stand about 20 months out from Election Day 2016, I have much to learn in terms of becoming both a better candidate and a better potential president of the United States. I do not take the opportunity lightly. In fact, the decision to explore a candidacy for president was one of the most difficult decisions I have ever had to make.

There was a lot on the line for my family and myself when we started this process. My family supported me wholeheartedly through an extremely busy and rewarding career as a medical surgeon for more than 30 years. I also enjoyed widespread public respect and admiration for my work. Why, at the end of what most would term an extremely blessed career, would I risk a lifetime of goodwill in order to run for president?

The answer came down to whether my family and I felt there was a call to do something of service to the nation on a broader level. We knew going into the process that I am not your typical politician. I was primarily a doctor and a scientist used to dealing with facts in a clinical and dispassionate manner in order to heal people with rare and life-threatening abnormalities. I was far from a talking head or a political pundit or even a local politician with aspirations of one day making it to the political big leagues.

And so we knew there would be a significant learning curve in terms of developing greater skill in communicating to a broad cross-section of the American people. We knew that certain issues we feel strongly about -- faith, family and the role of government -- might seem controversial when exposed to the 24/7, 365-day spin cycle that drives American media these days. It would have been easier to have spent some time in politician school taking spin classes, so to speak.

But that's not really what we set out to do in creating this campaign. We felt strongly that the process of seeking a leadership mandate was something we needed to do publicly. We would engage the American people openly and seek feedback based on our ideas. We would also seek to develop a deeper understanding of the issues as they affect the lives of everyday citizens and reflect American values around the world. We would make mistakes, of course, but we would learn from them and grow stronger as a campaign.

My basic framework on foreign policy, for example, is to meet our various treaty obligations head-on and send a clear message to our allies that we stand ready to defend them. Although I have visited the Baltic Rim and more than 57 other countries around the world, I am still in the stage of rapidly learning the intricacies of global politics. And those dynamics themselves are changing at an ever-increasing pace.

I do not believe you can have too much knowledge. I do, however, believe that wisdom is every bit as important as knowledge and perhaps an even more important qualification for the job of president. Being able to choose trusted and capable thought leaders on foreign affairs and other matters and rely on them to inform critical decisions is more important to a president's job than an ability to regurgitate minutiae.

One thing is clear. For the past six years, the United States has been moving in the wrong direction on a number of important issues, and we must look at the big picture and understand what big moves need to be made to correct our course. Though the learning curve is steep, I am doing everything I can to acquire more knowledge about critical issues and surround myself with capable and wise advisers as I consider this monumental step.

Oops: J6 Committee Star Witness' Creditability About Trump Might Take a Huge Hit
Townhall
'This RULES': Beavis and Butthead find out they have 'white privilege' and it's the funniest damn thing you'll see today (watch)
Twitchy
More Implosion of Hutchinson's J6 Claims as Adam Schiff Steps in It Big Time on CNN
Redstate
Another J6 Trump 'Bombshell' Outed as a Hoax!
PJ Media