Americans Have a Civic Duty To Vote Intelligently 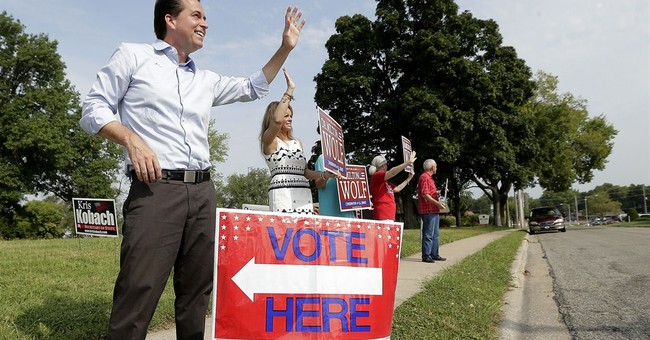 Trending
Many recent surveys indicate that the vast majority of Americans feel our country is moving in the wrong direction.

This country was intentionally designed to be different from others in which a monarch or strong central government controlled almost every aspect of the lives of its citizens. In most other nations, the lives of the populace conform to the will of the government. In America, the government is supposed to conform to the will of the people. Also in most other countries, it was declared that the rights of the people were conferred by the government; whereas, our founding documents indicate a belief that our rights derive from our Creator, a.k.a. God.

It is critical that the people of our country understand that we the people are at the pinnacle of power in a nation created of, by and for the people. In order to exercise that power in a responsible manner, the people must be informed voters. To cast votes for people or issues about which one knows little or nothing is akin to taking unlabeled medicine from an unknown source simply because someone told you to do so.

It is also unfortunate that many schools no longer offer civics courses and that students are not taught the fundamentals of how our government works. This partly explains the incredibly uninformed answers to basic questions on some televised "man on the street" interviews. The founders of our nation were huge advocates of education and felt that our freedoms and system of government would be jeopardized by an uninformed populace that could be easily manipulated by dishonest politicians or a biased press.

I hate to complain without offering solutions. Thus, my wife and I have just released a new e-book (soon to be a paperback) titled, "One Vote: Make Your Voice Heard." Thousands of free copies are being distributed, and the purchase price is less than that of a simple sandwich. It is completely nonpartisan and was written for people who, for whatever reason, missed out on important information with respect to becoming an informed voter. There are electronic links to websites that not only identify your representatives, but also tell you how they voted, as opposed to how they said they voted, on a variety of issues. It provides access to links that help you clearly identify your own beliefs and compare them with those of political figures and parties. This kind of information will make it easier for people to think for themselves, rather than being herded and manipulated by those in various political organizations who hunger for power, not liberty and fairness.

In 2012, 93 million Americans who could have voted failed to do so. That's more votes than either presidential candidate received. We must all realize that we have no right to complain about the direction of our nation if we are unwilling to grasp the importance of our civic duty to vote intelligently.

There are those who are much more interested in having blind followers than informed voters. They will not embrace this publication. I also fully realize that detractors will say Ben Carson is just engaging in self-promotion and trying to make more money. Some people ascribe to others what their motives would be and are incapable of thinking otherwise. In the meantime, we the people must, through our collective wisdom and power, alter the course of our beloved nation through the wise use of our votes.