The Column About Trump the Canadian Media Refused to Publish

Douglas MacKinnon
|
Posted: Nov 05, 2018 12:01 AM
Share   Tweet
The opinions expressed by columnists are their own and do not necessarily represent the views of Townhall.com. 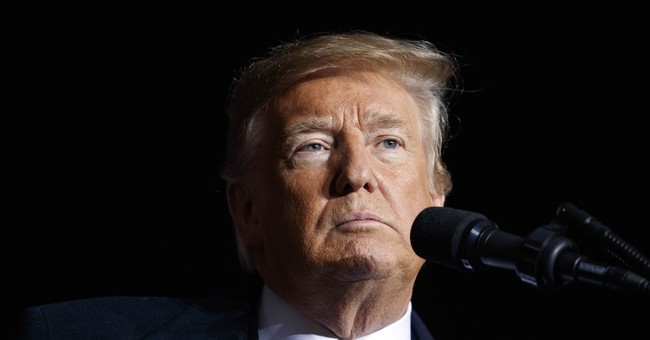 As I write this, I am in Canada visiting family.

More than visiting family, as an American who once worked for the U.S. Government, I also know that I am visiting my nation’s best ally, best friend, and most important, trading partner.

The fact is, Canada does not get the respect it deserves from both the United States government and many of the American people.  The American comedian Jon Stewart once joked that when he was speaking with a Canadian, the man asked him, “What do you think about Canada down in the United States?”  To which Stewart replied: “We don’t.”

While it was indeed a joke, it still hits a little too close to home for many on both sides of our border.

Canada is my second home country.  And because it is, I pay a great deal of attention to its government and media.

While I am most assuredly more conservative than not politically, I have been an independent for well over a decade now.  As one who did work in the U.S. Government and often with the U.S. Congress, it became increasingly clear to me that almost no one from either political party in the U.S. cared about the voters. Rather, they cared about their reelection first, their own political party second, and the American people a distant third…if at all.

The most important lesson I took from that being that it is critically important that voters – be they in the United States or Canada – think for themselves and question the motives and agendas of all who seek to influence or even control them.

That especially includes the media.

Unfortunately, in Canada as in the United States, much of the media is controlled by those with a liberal to even far-left agenda.

Journalism does indeed matter.  But only when it’s honest, ethical and unbiased.  Sadly, that is a bridge too far for many “journalists” seeking to not only advance an ideological point of view, but change the very outcome of elections.

Many liberal journalists and academics in Canada – as in the United States – still can’t accept the fact that Donald Trump defeated Hillary Clinton in 2016.  More than not accept it, many are still outraged and even unhinged by that reality and are doing all in their power to delegitimize the election of Trump, aid in the misguided strategy to impeach him, or at the very least, making sure he is not reelected in 2020.

To assist in those goals, some twist, misrepresent, exaggerate, or exploit certain news stories.  No matter how bizarre or tragic.

As an example, while in Canada, it is amazing to me how many liberal Canadian news outlets twisted one such story in an attempt to damage President Trump and team with like-minded journalists down in the United States.  Journalists hoping to affect the outcome of the U.S. mid-terms on November 6th.

That story being the deranged and previously criminally convicted individual living out of a van in Florida who took it upon himself to send non-working or amateurly built explosive devices to certain high-profile democrats and liberals in the United States.

To be clear, this person should face the full brunt of U.S. law and be imprisoned for as long as possible.  No one from any political party should ever be targeted in a violent, criminal or even rude way – say while having a quiet dinner – because of their point of view, ideology, or which administration may employ them.

The liberal journalists in the United States and in Canada know this wanna-be bomber is mentally ill.  And yet, some are doing all in their power to spin his intentions and spot-weld him to President Trump and his policies.

Again, they are doing so primarily to assist the Democrats in the U.S. in their quest to regain a majority in the U.S. House of Representatives and possibly the U.S. Senate, and secondarily, damage the prospects of the hated President Trump.

To say otherwise is to deny the truth and insult the intelligence of the American and Canadian people.

To prove this point, simply do an Internet search of the Canadian media related to this deranged bomber living in his van.  A bomber who thankfully, did not injure one person.

Next, do an Internet search of the Canadian media reporting or opining about the deranged Democrat-supporting gunman who purposely targeted Republican Members of Congress at a softball game in Virginia and actually shot and critically wounded a number of innocent people.

Like the liberal American media, much of the Canadian press sought to bury or even ignore that shooting simply because it did not advance their ideological agenda, goals, or ongoing narrative.

Canada is a great nation. But some in its media can damage its reputation by instantly and falsely attaching ideological blame to acts of madness for partisan gain.

The Canadian people have the power to neutralize this bias by continually questioning the motives of those who seek to control and influence them.

Douglas MacKinnon is a former White House and Pentagon official and author of most recently: The North Pole Project – In Search of the True Meaning of Christmas.