We Are NOT Entitled 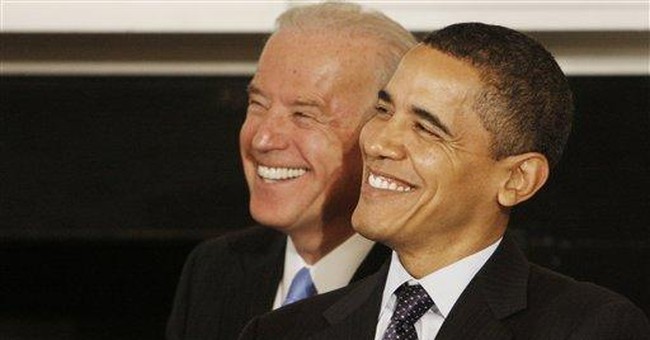 One of the most dangerous words in the English language is "entitlement." It helped create, and continues to fuel, the current economic meltdown. It underscores a dangerous lack of accountability and honesty by some of our leaders - and ourselves.

A county government official recently told me that just the "pension obligations owed to firefighters and police" were keeping him up at night. One thing that so many large employers have in common - from car companies, to the U.S. Postal Service, to local governments - is massive pension obligation that are wreaking havoc on their bottom lines and threatening their viability.

I would argue that, although police and firefighters are deserving, in our current economic climate no one other than career military members are "entitled" to a pension. If you are a member of Congress who currently gets a very generous pension and free health insurance for life, I ask you: "Why, when you are paid by the people, are you entitled to something your constituents will never get?"

CARTOONS | AF Branco
View Cartoon
Another truth that must be addressed is this: No one is "entitled" to own a home. In a prior and more sane time, generations of Americans knew that without a substantial down payment, good credit and a realistic income, they were not going to own a home. They would be renters until their financial status changed. Politicians in search of votes, bankers in search of profit, and Americans looking for something for nothing, changed that unbreakable rule and helped fast-track millions of their fellow citizens into financial ruin.

Lack of leadership exacerbates the problem. When I worked for then-Sen. Bob Dole, Republican of Kansas, several times a day I would walk past a handwritten note by Gen. Dwight D. Eisenhower - a note that said it all about leadership and responsibility. Just before D-Day and the Normandy invasion, Eisenhower drafted the brief note should the landings fail. As D-Day was a success, the remarks were never delivered. General Eisenhower was prepared to say: "Our landings in the Cherbourg-Havre area have failed to gain a satisfactory foothold and I have withdrawn the troops. My decision to attack at this time and place was based on the best information available. The troops, the air and the Navy did all that bravery and devotion to duty could do. If any blame or fault attaches to the attempt, it is mine alone."

Where is that kind of leadership and accountability during this economic crisis - or anywhere, for that matter?

Consider one more example: Many politicians believe that the Social Security retirement age has to be raised - that we have no choice. And yet, rather than risk angering the elderly and getting voted out of office, they willingly allow that crippling "entitlement" to stand unaddressed while they offer pretend solutions in the hopes of fooling their constituents just enough to survive the next election.

No only is such conduct cowardly, but it presumes a selfishness of those on or about to receive Social Security. If President Barack Obama or the majority and minority "leaders" in Congress would have a brutally honest fireside chat with the American people, they may be pleasantly surprised by the response. Social Security was not intended to be a retirement account. Again, show me where it is carved in granite that anyone is "entitled" to it.

The answer lies within us. We all know nothing is free and that tough decisions have to be made. It's well past the time to remind ourselves and our leaders of that undeniable truth. If we don't, the fault is ours.
Why is AOC Sobbing on the House Floor?
Katie Pavlich
So, That's What's Keeping the FBI Up at Night Regarding Afghanistan
Matt Vespa
Want to Guess What's Wrong With VICE News' Article About COVID?
Matt Vespa
House Dem Condemns Tlaib's Anti-Semitic Remarks
Reagan McCarthy
A New Hunter Biden Deal Has Been Revealed…in Libya
Katie Pavlich
I Mean, A Democrat Would Say That When Caught Violating Their Own COVID Edicts
Matt Vespa