Buzzfeed Whizzes on Cops: However, I Would Like to Thank Our Police and All They Do 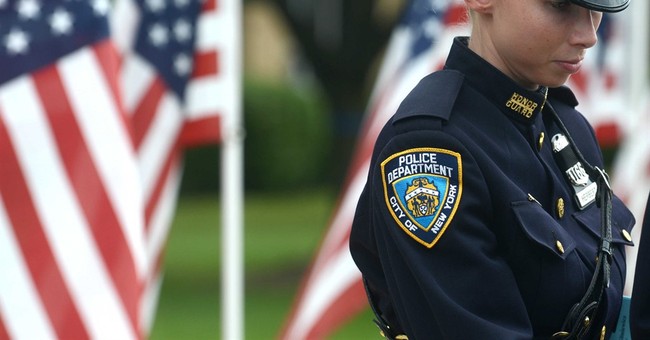 Before I open up a can of whup ass on the Buzzfeed wanks who just posted the most pathetic video known to mankind disparaging law enforcement officers, I must confess that I, too, used to be like the Buzzfeed dipsticks who hate cops.

The reason I loathed Johnny Law was primarily because, between the ages of thirteen and twenty-one, I was hell on two skinny legs.

Here’s why the cops and I did not get along when I was a young jackass:

1. I was a chronic, teen-aged, wastoid drunk who, when inebriated, went into a full throttle Beavis & Butthead mode of getting into as much illegal crap as possible.

2. Along with massive alcohol consumption, I also was an avid drug user of weed, 'shrooms, coke, crystal meth, crank and acid. Mostly weed and acid. Now, granted, I wasn’t in Scarface or Timothy Leary’s league but I used enough dope that I’m glad I never got caught doing so because I would’ve been sent away for several Olympics.

3. I was a thief that ripped off people’s homes and who finally got caught -- on Mother’s Day no less -- when I was 16, ripping off water skis from a house in Lubbock, Texas.

4. When it came to high school, I believe I gave Jeff Spicoli a run for his money in skipping school and disrupting classes. My disciplinary file of pink slips I garnered during my four years of a three-year high school looked like Tolstoy’s rough draft of War & Peace. I lived in the principal’s office and was a frequent inmate of our school’s In School Suspension Program.

5. My driving habits were … how shall I say? … wanting. I don’t know what my parents were thinking by giving a 17 year-old dork like me a 1977 Z-28, with a 4-speed Muncie M22 Rock Crusher transmission with a 383 rear-end, but they did and, boy howdy! … did I get my money out of that screamer. I believe I had seventy-plus moving violations that kept four different lawyers employed around-the-clock trying to keep me on the road and out of jail.

Indeed, my life was one constant conflict with cops. I loathed them and they despised me. They knew me by name. They knew where I lived and what I drove. They knew whom I hung out with, where we were and what we were doing most of the time.

The no-duh cause that made me not like the law was that they were a real terrestrial killjoy to my lawless lifestyle.

However, that all changed when I got off AC/DC's Highway to Hell and started down a more righteous path. Yep, once God pulled my head out of my backside, I came to greatly appreciated those who upheld some semblance of civility.

My reason for hating on cops was clear: I was a lawbreaker and they were trying to uphold the law. It's probably the same reason Trayvon, Freddie Gray and Michael Brown didn't have an affinity for our LEOs as well.

Yes, I was well aware of why I didn't like the Law.

Now, why the Buzzfeed punks are whizzing on the police ... well ... I can't say ... because I don't know them and I don't wanna know them.

What I will say is this: Ask these Buzzfeed numbnuts who are they gonna call when they get accosted? Their boyfriend? Their mommy? Their hipster doofus male friend(s) who wear a man-bun?

Lastly, I know it's real cool and oh-so-trendy to spit on the cops when you're doing illegal crap and/or don't currently need them. But allow the shiite to hit the fan in their life and I bet they'll sprout an instant love for law enforcement.

Oh, and by-the-way, the Buzzfeed douches parlayed this anti-cop video two days prior to 9/11 which saw more law enforcement line-of-duty deaths than any other single incident in American history.

Finally, I would like to say I regret giving my parents, others and the police grief while I was a full-fledged fool; and I would like to pay tribute to all the great law enforcement officers both living and deceased.