What We Need Is a Bunch of Tough Mothers 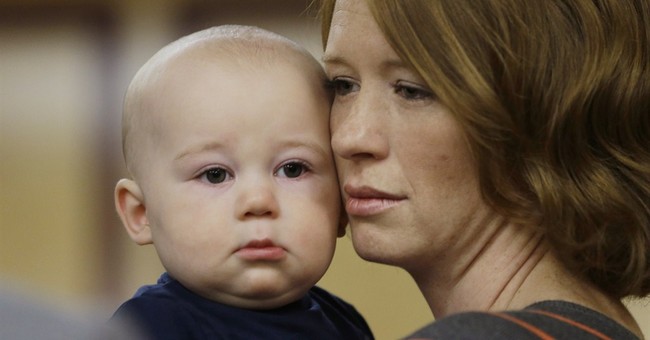 If our nation is going to pull out of this Obamaland crap-ditch that we’re currently mired in, then were going to need men. Not males, but men. Men who personally, politically and culturally scrap indifference, take responsibility, lead boldly and expect success.

Which means, if I’m right in my assessment, that we’re more screwed than a drunken coed at Panama City Beach during Spring Break because there are pusillanimous punks o’plenty nowadays.

Yep, I blame the absence of men being men as the chief reason why we’re being hijacked by commie clowns and a significant swath of our nation is actually contemplating electing Hillary for president when she should be in prison.

Look, I’m not the only one with this woeful assessment of our male collective. Young single women tell my wife and me all the time that they can’t find “a real man”… That “men need to be manlier”… That “single men are little narcissistic darlings”… and they wonder aloud, “Where have the heroes gone?” I usually reply… “Have you tried Texas? Because you’re not going to find quality dudes in D.C. or in Miami.” I’m exaggerating, of course. I hear there’s one or two in DC and in Dade County. Good luck, Sadie Hawkins.

Now, when it comes to our nation’s obvious and odious rank pussification of the male collective there are many contributing factors to their candy-assedness.

From a culpability standpoint, I blame pop culture, effeminate strains of evangelicalism and the public school system that systematically disciplines and drugs masculinity out of males whenever it manifests.

In addition, it’s difficult for boys to morph to men when there’s no awesome dad in the house leading by example.

I also blame young men who, even in the midst of such a sassy society, choose to eschew their warrior and wildman hardwiring and opt for the lame lane.

That said, allow me to focus, por favor, on a not so obvious contributing factor that makes for Junior’s emasculation and our national decline. Ladies… you might wanna put on a cup for this one. I blame moms, in part, who over-coddle their sons when they should be forging them, in conjunction with their husband (or mentors if single or widowed) into men.

Here’s the reality, Mamasitas: if you have a dependent, squeally male with your last name who won’t get his crap together and be a provider, protector, hunter and hero, when your husband is pushing him to be a man, then you might ought help by not breast feeding him ‘til he’s frickin’ thirty. It’s simple, folks: If you have a wuss in the house then someone raised that wuss and don’t look at me, senorita. I didn’t do it. Look in the mirror, lady, because we didn’t raise your son.

Warrior and warfare expert Steve Pressfield, who’s written extensively on… duh… warrior cultures, in particular, Spartans and Sparta, placed a massive emphasis on moms in his book, The Warrior Ethos. Pressfield presses home the important role of mothers in making men out of their sons. It wasn’t just a Sparta “dude thing”, it was something also that the mom’s embraced and rejoiced in, namely, their boy's morphing into a warrior who could kick some ass and contribute to the betterment of their nation rather than suck off it like a giant suck locust. Matter of fact, it was a shame to a Spartan woman if her boy or boys did not have this warrior spirit.

Check out this example Pressfield highlights…

“Two warriors, brothers, were fleeing from the enemy back toward the city. Their mother happened to be on the road and saw them running toward her. She lifted up her skirts above her waist. ‘Where do you two think you’re running? Back here from whence you came?”

And then there’s the most famous Spartan mother story…

A Spartan mother handed her son his shield as he prepared to march off to battle. She said, “Come back with this or on it.”

Like I said, there are many factors that contribute to males' not moving into the masculine funk that God/nature hard-wired them to righteously express.

The purpose for this column is to make certain you… Mom… aren’t babying that little rug rat into his mid-life crisis. Our nation needs men. Make certain, ladies, you’re pushing that thing of yours with a willie, who has your last name, into greatness instead of pathetic gooeyness. Fill that boy with courage, honor, loyalty, a hardwork ethic, selflessness and a sense of God and country; and who knows… maybe someone with your name will stem the tide of our cultural corruption and bless this place versus adding to its demise.