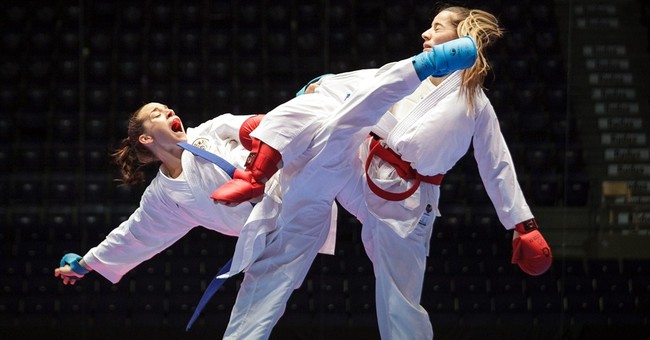 Hannah Graham is straight-A, a second year University of Virginia student who has been missing since September 13th,2014.

Typically, at this stage of the game it isn’t looking good for Hannah. Her parents, as you can imagine, are beyond crushed.

As of yesterday, the police have issued a search warrant for Jesse Matthew, who cops think was the last person to see Hannah Graham before she vanished.

Last weekend Mr. & Mrs. Graham held a press conference thanking law enforcement and volunteers for their search efforts and letting folks know that this is a ‘parents worse nightmare’ and that ‘it could happen’ to others as well.

In 2011 I wrote a book titled, ‘Raising Righteous And Rowdy Girls’ which addressed our violent environment and how parents, in particular the dad, should raise their daughters to avoid being the victim of some murderous moron.

As I read the account of Hannah’s activities, prior to her becoming a missing person, I was grieved to learn how avoidable this was had she followed three simple common sense rules that I lined out in my parenting book.

1. Don’t go out alone. All of the surveillance video that I saw of her activities on September 12th show her alone. Good-looking girls, wearing midriffs, should not be walking the streets alone late at night. Too many idiots out there.

2. Definitely don’t drink alone. According to reports she was intoxicated. Girls, if you’re going to drink then bring a posse with you who’ll watch your back and won’t let you get wasted, molested, abducted or murdered. Always have a sidekick ladies. Preferably one who’s a badass.

3. Another thing that I have taught my daughters growing up: nothing good happens after midnight. Don’t forget that, ladies.

In addition to not going out and drinking alone, Dad, make certain that your daughter:

2. Is armed and dangerous. Given that Hannah was 18-years-old, she was disallowed to carry a firearm on her person because of our lame laws. However, she was not forbidden to carry a stun gun, mace or a Buford Pusser-size baseball bat. Check your local laws, get training and always … always … be armed.

All we can do now for Hannah is hope and pray the police find her alive. We, however, can use this tragedy to equip our kids to not be the carnage of some murderous mook.

In my world, the good girl should live and the bad guy should die.