Doug Casey
|
Posted: Oct 25, 2018 12:01 AM
Share   Tweet
The opinions expressed by columnists are their own and do not necessarily represent the views of Townhall.com. 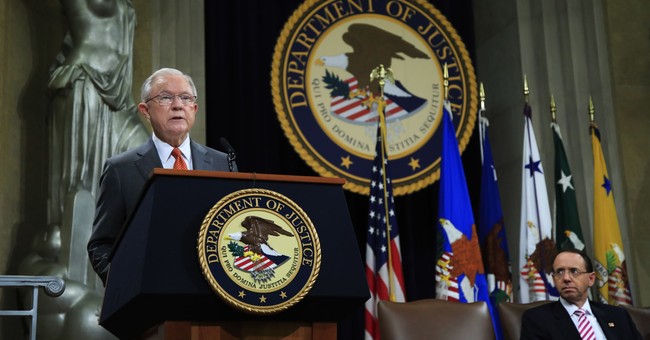 Lately, he’s been sharing his thoughts on today’s biggest topics with his colleague Justin Spittler, editor of the Casey Daily Dispatch. And as always, he doesn’t hold anything back. These controversial interviews are a must read for all readers at Townhall Media.

Today, Casey Research founder Doug Casey and I speak about one of today’s most high-profile cases. He also tells me how the justice system became politicized, just like the rest of the U.S. government…

And Ross, as you know, founded Silk Road—an online marketplace where people could buy all types of goods, including drugs.

Unfortunately, Ross will probably still spend the rest of his life behind bars for “the crimes” he committed as the founder of Silk Road.

Nonetheless, this story got me thinking about his case and the U.S. court system at large.

I’d love to hear what you think about the current justice system. But I’d first like to ask you a few questions about the Ross Ulbricht case. Did he even commit a crime?

Doug: Let’s first ask: What is a crime? Most people think a crime is the breaking of a law.

The problem with that definition is that many laws—the ones passed by legislatures, councils, and the like—are completely arbitrary, and often irrational. And some whole legal systems—like those of the Soviet Union and National Socialist Germany—were really just criminal fantasies given reality on a grand scale.

So, let’s not confuse breaking a state’s laws with committing a crime. A crime is an act that entails the initiation of force or fraud, aggression against another’s person or property. End of story.

Based on that, Ross did not commit a crime, he only broke a law. And that law had no right to exist.

And yet he got a double life sentence, plus 40 years. It seems like the government was trying to make an example out of him.

There are a couple reasons for this. Number one, he was operating on the so-called “dark web,” which can’t be readily observed by government agencies. And secondly, people on Silk Road were buying and selling drugs. In the eyes of the government, Ross was a renegade violating their counterproductive drug laws. He wasn’t doing what he was told—and they just can’t countenance insubordination.

Nothing Ross did would be considered a crime if we lived in a free market world. All he did was facilitate commerce. Everything he did was completely non-violent, and between consenting adults. In no way was it a common law crime. He simply violated an arbitrary statute law.

His trial just goes to show you just how politicized the U.S. justice system has become.

Justin: What do you mean exactly?

Doug: The “powers that be” in the government use the justice system to make examples of people that don’t toe their line. It’s the triumph of politics.

I have almost no confidence in the U.S. justice system at this point.

Of course, I think that there should only be two laws: One, do all that you say you’re going to do. And, two, don’t aggress against other people or their property. By that standard, most laws on the books today would be thrown out.

More than that, we shouldn’t have trials conducted by politically appointed, or even elected, judges. Both elected and appointed judges are quite subject to manipulation, bribery, intimidation, and the like.

Justin: And why is that?

Doug: Let me clarify what I just said.

If judges are politically appointed, it means their personal philosophies, politics, and worldview are in line with whoever appointed them. And, regardless, they’re obligated to that person.

Elected judges are no better. If a judge wins an election it only shows that he’s good at getting people to vote for him. It doesn’t mean he’s going to be a good judge.

Both current methods of seating judges are very problematic.

Justin: What would be a better system?

Doug: Justice should be a function of the free market. Arbitration agencies, and their judges, would do a much better job than today’s courts. Arbitrators would have to compete based on the intelligence, fairness, cost, and speed of their decisions. Disputants would naturally gravitate towards the best arbitrator; both would have to agree. Right now, it’s strictly luck-of-the-draw whether you get a judge who’s ignorant, corrupt, over-the hill, thoughtless—or a hanging judge.

The same is true of juries today. You’re not tried by your peers. You’re tried by twelve people who can't get out of jury duty. Or who have time to kill. Or who think the $50 a day stipend they get is a good deal. Entirely apart from the fact the attorneys will likely rule out, through the voir dire process, any potential jurors who are independent thinkers, or knowledgeable in the area of dispute.

Furthermore, district attorneys—prosecutors—tend to use their positions not to assure justice, but to gain convictions. Why? To become well-known, and move up the pecking order.

Today, it takes a long time to get into court if you have a complaint. And once you’re in, it can take forever to get out. And there’s no limit on what it can cost you.

Today, if you’re convicted of a real common law crime, the punishment will be jail time. No one asks: What should the punishment actually be? Who makes the victim whole?

It serves no useful purpose to punish people by locking them in cages for X number of years. Not only doesn’t it make the victim whole, but it’s extremely expensive for the taxpayer.

In a free market system, if there is an actual victim, the perpetrator would be assessed for damages. He should have to pay a dollar amount in compensation, plus all expenses. Only that would take the profit out of crime. And eliminate the possibility of prosecution for victimless crimes—like what Ross is accused of.

The egregiousness of Ross’ conviction illustrates not just the inefficiency of the court system, but also the lack of justice in the American court system. The only criminality in Ross’ affair is on the part of the prosecutors and the judge. I urge readers to go to this website explaining the case.

Justin: The Ross trial obviously isn’t the only example of this, either.

Doug: I mean just look at what’s happening with the Paul Manafort case.

Now, I’m certainly no fan of Manafort. He’s a lifelong member of the Deep State. I have no sympathy whatsoever for him as an individual. Ross is a different story, of course. He’s a decent human being. I have a lot of sympathy for him.

Still, it seems clear that Manafort didn’t do anything wrong other than violate some arcane tax and financial laws. And yet, they’re still trying to throw him in jail. He could potentially get more than 300 years in prison, plus fines.

They’re obviously just trying to get him to roll over and perhaps fabricate stories on Trump. This type of thing happens all the time. But it’s getting worse as the U.S. becomes more politicized.

Justin: No argument here. But do you think there’s any chance that Trump pardons Ross? The Libertarian Party is pushing hard for this.

Doug: It’s possible. I urge readers to sign the petition to have Ross pardoned and his record expunged. But it really depends on whether the drug war hysteria winds down.

There are around 2.3 million people in U.S. prisons right now. It’s likely about half of them have either been unjustly convicted, or have been convicted of things that shouldn’t be crimes. That includes people who’ve used and sold drugs.

These are non-violent, political crimes. All these people should be pardoned. Their records should be expunged. The only people who should be in jail are the ones who’ve been convicted of serious fraud, and actual violent crimes, such as murder, rape, robbery. Although let me emphasize that the first priority is to make the victim whole, to the extent possible, not to put another scalp on some prosecutor’s belt.

Will Ross be singled out from among these hundreds of thousands of unjustly incarcerated people? I hope so. But the rest of them should be pardoned too. Of course, the chances of that happening are slim to none, and Slim’s out of town.

Justin: Speaking of the drug war, what are the chances of it being wound down under Trump?

Trump seems to be moving in the right direction. But the problem with Trump, as I’ve said many times before, is that he doesn’t have a philosophical core. He acts on his gut instinct rather than any kind of systematic thinking.

That makes him impossible to predict. You can’t know what he’s going to do next.

Justin: Certainly. But I’m curious… Have you noticed any patterns in his behavior or thinking since taking office that make him slightly more predictable? Or is it still very much a guessing game?

Doug: It’s still a crapshoot what Trump will do next. Without any philosophical views, he’s going to remain unpredictable and bull-headed.

And that could lead to some big problems. For instance, the chances of a serious trade war with China are rising rapidly. If that comes to a head, all bets are off. It could very well be the straw that breaks the camel’s back. It could be what brings America’s hyperinflated economy to its knees. Then we’re back into the Greater Depression, Stage Two.

If that happens, there’s zero chance that Trump gets reelected.

Justin: Why do you say that?

Doug: The American public does not understand anything about economics, which is also true of Trump. If the financial system and the economy head south, they’ll overreact and elect a hardcore leftist.

And that would be far worse than what we have now. At least Trump’s been in business his whole life. He’s built buildings and companies. He can see the kind of damage that governments can do. Although that won’t stop him from using his powers foolishly.

Still, he’s made some common sense decisions when it comes to most domestic economic issues—which is more than you could expect from Hillary. As for everything else, he’s very unpredictable. Even irrational, when it comes to Iran and China anyway.

Justin: So, you think his reelection hinges entirely on the economy?

Doug: Well, that’s a big part of it. It always has been. Bill Clinton may have summed it up best years ago when he said: “It’s the economy, stupid.”

People don’t vote according to their philosophy, even if they have one.

They vote their pocketbooks.

They basically care about what’s happening with their personal bank account, and in their neighborhood. The average person’s clueless about foreign affairs.

Frankly, Washington, DC should have nothing to do with anything local. Its main job should be to protect you from foreign governments. But even there, Washington isn’t protecting the average American, it’s actually making the world much more dangerous. Not safer and more peaceful.

Justin: Thanks for taking the time to speak with me today, Doug.

If you enjoy Conversations With Doug Casey, you’ll want Totally Incorrect Volume 2 -- Doug’s most controversial book yet and you can get it for free.

Instead of begging Amazon to list a heavily edited version of this book, we’re making all of the first edition unabridged versions of Doug’s book available direct to people like you who don’t shy away from facts – even inconvenient ones. Learn more here.