Plunging America Into a Sea of Debt

Donald Lambro
|
Posted: Feb 14, 2020 12:01 AM
Share   Tweet
The opinions expressed by columnists are their own and do not necessarily represent the views of Townhall.com. 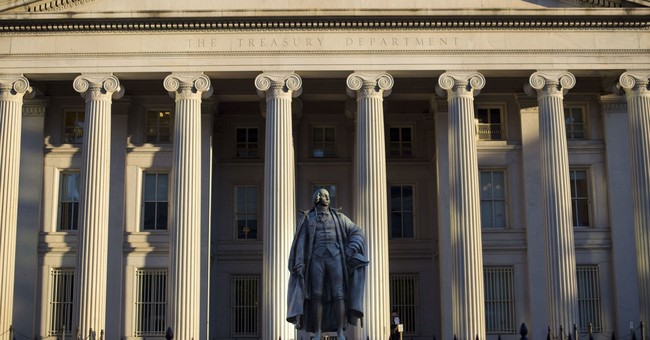 WASHINGTON - The government’s debt is rising faster than one can say bankruptcy, default, delinquency, insolvency and ruin.

If you don’t believe me, here’s what Phillip Swagel, the director of the Congressional Budget Office, told the House Budget Committee last month:

“As a result of the persistently large deficits, federal debt held by the public is projected to rise to $31.4 trillion at the end of 2030, an amount equal to 98 percent of” our nation’s entire GDP. That means our entire economy.

“At that point, debt would be higher as a percentage of GDP than at any point since just after World War II and more than double what it has averaged over the past 50 years,” he told members of Congress.

But he wasn’t done. “We project that the gap between spending and revenues would continue to widen over the following two decades and that debt would reach 180 percent of GDP by 2050, well above the highest percentage ever recorded in the United States. And it would be headed still higher,” he added.

I know all this sounds kind of crazy. I mean, we send our representatives and senators to Washington to run our government and handle the money we give them each year when we send in our checks to pay our taxes. Yet the government owes more money than it did the year before.

The only person I know who made any sense of all this was the famed humorist Will Rogers.

“We owe more money than any Nation in the World, and we are LOWERING TAXES,” he once said. “When is the time to pay off a debt if it is not when you are doing well? You let a Politician return home from Washington and announce, ‘Boys we lowered your taxes. We had to borrow the money to do it, but we did it.’ Say, they would elect him for life.’”

But the CBO report makes it clear that this “debt path would dampen economic output over time.”

“Rising interest costs associated with the debt would increase interest payments to foreign debt holders and thus reduce the income of U.S. households by increasing amounts,” it continued.

“Such a significant increase in federal borrowing would also elevate the risk of a fiscal crisis,” CBO Director Phillip Swagel told the committee.

“In addition, it could limit lawmakers’ ability to adopt deficit-financed fiscal policies to respond to unforeseen events or for other purposes,” he warned.

Sure, “the U.S. economy is doing well, with low unemployment and rising wages that have drawn people off the sidelines and back into the labor force. But the economy’s performance makes the large and growing deficit all the more noteworthy,” he cautioned.

“To be sure, interest rates remain low today, suggesting that there is time to address our fiscal challenges and that fiscal policy could be used as a tool to address other challenges facing the nation, if the Congress chose to do so,” Swagel added.

“But our projections also suggest that over the long term, changes in fiscal policy must be made to address the budget situation, because our debt is growing on an unsustainable path,” he warned.

CBO has presented Congress with similar warnings over the years and decades, urging it to restrain spending, reduce its debts and find new ways to make government more efficient and effective.

But that advice has fallen on deaf ears in the House and Senate. And Will Rogers has offered some comical advice as well over his long career as America’s humorist.

“Alexander Hamilton originated the put and take system in our national treasury,” he often said. “The taxpayers put it in and the politicians take it out.”