Donald Lambro  |  Dec 09, 2016
The opinions expressed by columnists are their own and do not necessarily represent the views of Townhall.com.
Top Columns
Trending on Townhall Media 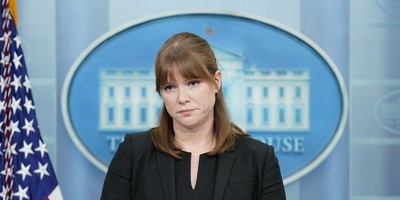 WASHINGTON - Barack Obama's presidency is going out with a whimper and Donald Trump is coming in with a roar of economic approval.

After eight underperforming years of sluggish economic growth and frightening, roller-coaster stock markets, Wall Street sent a bullish message this week that the anemic economy is about to end, years of business uncertainty are over, and American prosperity is being reborn.

The Dow Jones industrial average and Standard & Poor's 500 index shot up Wednesday to their strongest gains since the presidential election, hitting record highs.

Historic gains were made across the nation's markets, including technology, industrials, airlines, railroads, the trucking industry, real estate companies, and retail firms as well.

The markets were already rising in fits and starts as the result of Trump's election. But as the president-elect has begun nominating members of his cabinet and preparing for a new government to take over, a renewed confidence has seized Wall Street, and overseas markets as well, that America was open for business again, and the place to invest in the global economy.

That was not only the message coming from the new incoming administration, but also from Capitol Hill that will be putting together the economic legislation needed to get America moving again.

It's a plan frustrated Republican lawmakers have been working on for the past three to four years, only this time there will be someone in the White House ready to sign it into law next year.

After eight years of economic lethargy under President Obama's fierce anti-tax cut, anti-growth and anti-wealth creation policies, the Democrats got what they deserved in November: a political shellacking.

I will never forget a political gathering sponsored by the Democratic National Committee in Washington during the 2008 presidential campaign where the party's candidates pitched their agendas to the party faithful.

One of them was Gov. Bill Richardson of New Mexico who talked about how he had cut taxes in his state to build up its economy and better compete with his neighboring states where tax rates were much lower.

Richardson was hissed by the Democrats who packed the room, and some booed him, just at the thought of tax cuts, no matter how sensible.

Obama, on the other hand, was cheered, when it was his turn to address the gathering, selling his plan to raise taxes on the wealthy, and to devote nearly a trillion dollars on infrastructure spending, just a Franklin D. Roosevelt had done during the Great Depression.

The depression lasted 10 years until the war. The 2008 recession lingered for years, with the economy unable to grow above 2 percent over the past eight years.

Apparently, liberal Democrats haven't learned anything from the sorry economic record Obama is leaving behind.

House Democrats, who are gluttons for punishment, have reappointed Nancy Pelosi to another term as their leader, after her party's humiliating losses in the past three elections. A quick scan of her resume shows she's never uttered a discouraging word about the Obama economy.

Schumer has been one of Obama's stalwart defenders as a down the line believer that raising taxes is the cure to all of our economic ills.

Meantime, while Trump continues to put the finishing touches on his White House staff and Cabinet nominees, Republican leaders are fine-tuning the rest of their reform agenda.

From here on out, the hard work of repairing the damage that Obama has inflicted on our economy will take place in Congress. And it is encouraging to hear, as Speaker Ryan said this week, that he has been talking to Trump almost every day lately. Coordinating their work, setting priorities, and sending a message that both branches of government are moving toward common goals.

Speaker Ryan says that Obamacare will be first on their to do list, and he spent a fair amount of time detailing what needs to be done to throw out what's bad in the so-called "Affordable Care Act," and why there needs to be a period of transition to protect the most vulnerable as changes are implemented over a period of years.

Sweeping tax reforms will probably be taken up by next spring, along with budget overhauls in defense spending and much else.

Some issues may take a lot longer to work out, and, as always in the democratic process, others may die for lack of a majority vote.

For example, don't expect any major legislative changes on immigration reform any time soon, if it happens at all.