The Voters are Preparing to Take Over the Senate, Fire Harry Reid, Tighten GOP Control of the House and Dare Obama to Veto Their Tax Reform, Pro-Growth, Jobs Bill 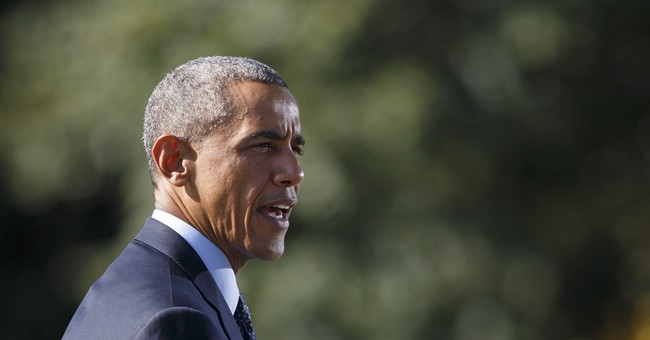 A game-changing revolution is brewing across the nation's political landscape, though it's getting little serious attention in the liberal news media right now.

A growing pile of voter preference polls now show that the Republicans are on the brink of taking control of the Senate and strengthening their hold on the House in what is shaping up to be a replete repudiation of the Democrats and Barack Obama's failed presidency.

But neither the Obama White House nor the Democrats on Capitol Hill are vocally sounding the alarms about their impending defeat in the upcoming midterm elections.

House Minority Leader Nancy Pelosi lives in her own little, delusional world that a miracle will happen and she will be Speaker of the House once again. Senate Majority leader Harry Reid, who, like Pelosi, has never uttered one word of criticism about the consistently underperforming Obama economy, even though unemployment in his state is still nearly 8 percent.

The Democrats' impending demise has been building for months. But the network news programs have virtually ignored the story, believing it will go away, and the major national newspapers are still churning out cover-up stories of vulnerable Democrats who, just maybe, could pull "an upset" onNov. 4th.

But there are a few political reporters who acknowledge that the Democrats are in deep political trouble -- even as their own papers run front-page campaign stories that still see a glimmer of hope for Obama's doomed party.

Here's what Washington Post blogger Chis Cillizza wrote this week in his "Monday Fix" column under the heading, "Best Thing That Happened To Republicans":

"Some really good polls. The generic ballot (Would you vote for a generic Republican or generic Democrat in the 2014 election?) consistently favors the GOP for the first time this election cycle, and Republicans saw their best poll of the cycle in half a dozen key Senate races.

"This came as some were adjusting their forecast of the battle for the Senate in [the] Democrats' direction. Now it's pretty clear Republicans are favored to win the six seats they need to take the majority."

As for the House, whose control by the GOP has never been in doubt this year, Republican campaign officials now say it looks like they will be able to expand their majority.

Republicans presently hold 233 seats in the House, but National Republican Congressional Committee Chairman Greg Walden of Oregon told reporters he thinks his party will be able to reach his goal of 245 seats onNov. 4.

One of the reasons you never hear Pelosi, Reid or their party's respective campaign committee chairmen talk up their own polls is because the numbers are terrible.

Consider recent polling data that show the Republicans are now seen as much more positively by voters, while the Democrats' polls have fallen over the course of Obama's troubled second term -- from a 51 percent high in January, 2013 to a 42 percent low this year. Now both parties are roughly at parity, with the GOP rising and Democrats in decline.

"Americans have typically rated the Democratic Party more positively than the Republican Party since the question was first asked in 1992, so the current parity between the two is a positive sign for the GOP and a negative one for the Democratic Party," Gallup reported last week.

"Indeed, current opinions of the Democratic Party are among the worst Gallup has measured in the past 20 years," the veteran polling organization added.

This comes at a time when Democrats are racked by deepening divisions over Obama's foreign policy, and Republicans are more united than ever behind their party's leadership.

More than 40 percent of House Democrats deserted Obama last week in the vote over training and equipping the Syrian rebels to fight the Islamic State terrorists.

Vulnerable Democratic incumbents and challengers in the South and parts of the West won't be asking Obama to campaign for him in states where he is very unpopular.

Polls show he has lost the confidence of voters on his handling of national security-foreign policy issues, and the economy, which he says is "moving in the right direction."

But Gallup's pollsters reportedTuesday that economic confidence continues to slip under his presidency. Only 38 percent of Americans "said the economy was 'getting better,'" while 57 percent said it is 'getting worse.'

Meantime, polls show increasing confidence in the GOP on the economy and putting it back on the right track -- as party leaders have been focusing their firepower on bread and butter issues to accelerate economic growth, business investment and job creation.

House Speaker John Boehner, who was hurt by last year's 16-day government shutdown, now finds his party rallying behind his leadership to get a budget bill passed and pushing a robust economic growth message in the midterm campaign.

Last week, in an address at the American Enterprise Institute, he laid out an aggressive, five-point, legislative agenda to create millions of jobs by overhauling the tax system to unlock needed capital investment.

"Let's fix the whole tax code," Boehner said. "Make it pro-growth and pro-family. Bring down the [tax] rates for every American, clear out the loopholes, allow people to do their taxes on two -- yes, two -- sheets of paper."

House Republicans had such a plan ready to pass last year. But it faced bitter Democratic opposition from Harry Reid and from Obama who has given the GOP's plan the cold shoulder -- who are calling instead for higher job-killing taxes on the economy.

Now, in a little over six weeks, the voters will have the chance to fire the Democrats and replace them with pro-job lawmakers who know what it takes to get this economy moving again.