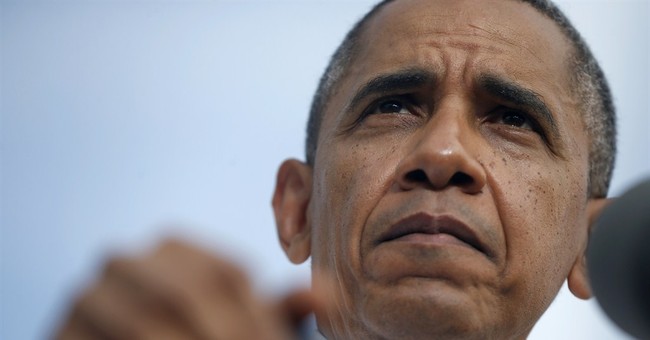 The quality of life in the United States has fallen dramatically in the Age of Obama, eroding the American dream, suffocating our economy, and making jobs ever harder to come by.

Instead of uniting our country in one common purpose, President Obama has divided us by making class warfare one of the major weapons in his politics and his policies.

He came into office with our nation sinking into a deep recession from which it has never fully recovered. He has talked endlessly about delivering good-paying, full-time jobs for everyone, but has never successfully delivered on his promise to do so. Not even close.

No issues before the American people are more critically important than the continuing decline of the once-mighty U.S. economy and the dimming of the American dream.

But these issues have been effectively eclipsed by the fight over the government shutdown in an effort to force Obama to give in to GOP demands that he delay the start of Obamacare, or make major changes in its dictatorial provisions.

The so-called Affordable Health Care Act will impose many regulations, taxes, penalties and costly regulations on the economy and businesses that will kill jobs. Indeed, it is already doing that, as small businesses lay off workers or cut back on their hours to skirt the threshold number of full-time employes that would force them to provide health insurance for their workers.

But no one's talking about this, or the other troublesome economic repercussions in Obamacare. The discussion in much of the country and in the news media is all about the government shutdown; about programs and agencies that have ceased operations; about tourists who cannot enter government landmarks, national parks; and about the economic impact on the country.

In their refusal to send a straight "continuing resolution" to the Senate to fund the government, House Republicans hoped it would spark a needed debate over Obamacare. And that it would lead to a one-year delay in its mandates and maybe a chance to take control of the Senate in 2014.

But that hasn't happened. The political debate here and across the country, and in every TV newscast, is all about the shutdown, not about Obamacare.

As I predicted in my last column, the news is saturated with sad stories about workers who have been furloughed without pay and with the rent or a mortgage payment due. Aged World War II veterans, making perhaps one last trip to their marble memorial on the mall, found that it was shut down. Certain food safety inspectors off the job. National security intelligence analysts not on duty.

The stock market is tanking on fears that this shut down may last longer than expected, hurting the economy and in the process, shrinking retirement funds.

These and other factors have blotted out any discussion about the Obama economy, high unemployment, slow job creation rates, or weak economic growth.

In a perverse, political way, the battle over the shutdown has handed Obama a gift, a temporary reprieve from what is and has been his biggest failure as president. It's also given him the best target he could hope for: the opposing party, whom he relentlessly blames for all the ills that now beset the government, the country and his presidency.

The president of course is taking full advantage of the GOP's weaker position if the crisis continues. In baseball terms, he expects to hit a grand slam, with bases loaded.

Obama brought in some of Wall Street's top leaders to a White House briefing Wednesday and they dutifully went before the cameras to warn of a looming catastrophe -- especially if Congress doesn't raise the debt limit before Oct. 17 and the government is forced to default or delay on paying some of its debts.

He effectively blunted charges he wouldn't meet with House and Senate leaders by calling lawmakers in late Wednesday. The meeting was "cordial but unproductive," Senate Minority Leader Mitch McConnell said. No surprise there.

Obama has the bully pulpit in this fight and is using it for all it's worth, while Republicans seemed unusually mute and confused about how to respond.

If Obamacare is truly as harmful to the economy and the government's future solvency, as I believe it is, then where were the arguments saying so? Speaker John Boehner's podium was no match for Obama's White House pulpit and the unending TV reports of America's government shutting down.

There was plenty of evidence showing how Obamacare was hurting our economy, as reports have come in across the land from employers reducing their hiring, and health care premiums rising faster than worker incomes.

But it was hard to find articulate GOP voices who were bringing this to the battle and returning Obama's fire.

Indeed, it is nearly impossible to find any Republican in Congress who can fashion a compelling indictment of the Obama administration's five-year record on the economy.

President Reagan embraced and championed Kemp's ideas for a rebirth of American capitalism that led us out of a severe recession in two short years. And he showed the GOP how to get his agenda past a Democratic House.

Republicans should be pounding Obama daily over his painfully lackluster economy, and dishing out the figures showing that Obamacare will make it much worse.

A Washington Post-Miller Center Poll late last month on the economy revealed a large majority of Americans have a much dimmer view of their economic future as a result of their "frustrations and struggles" over the past few years.

Obama is not getting the level of blame he deserves for the economic hardships these Americans are enduring in their daily lives as a result of his incompetent policies.

It's time for the Republicans to take off the gloves and start hitting back harder in this shutdown fight. They've got some powerful ammunition but, tragically, they're not using it.

Biden Said What Now About 12-Year-Olds During an Address to Teachers' Unions
Townhall
If the 'My 401k' trend is ANY indication, Democrats are in seriously DEEP crap come November (here are some of the ANGRIEST tweets)
Twitchy
Lead Prosecutor for Robert Mueller Rips the Mask Completely Off in Insane Display
Redstate
Trump's on Fire: Nukes 'Racist' AG Letitia James During Massive NC Rally
PJ Media