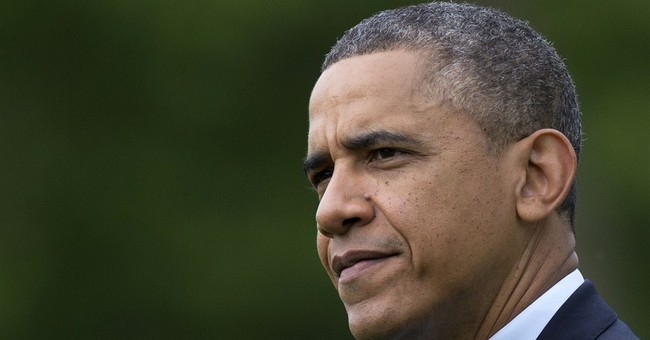 WASHINGTON - The widening web of lies, deception and abuse of power in the IRS's outrageous targeting of conservative groups in the 2012 election cycle may be just the tip of the iceberg.
The deeper question to be asked and investigated is to what extent the Obama administration's hardball, political tactics encouraged the agency's strong-arm, politically motivated war against groups who opposed President Obama's policies and re-election.
Obama denies he knew anything about the tax agency's unprecedented inquiries into the Constitutionally-protected freedoms of conservative groups who sought tax-exempt status for their educational and informational outreach efforts.
But the more immediate question that needs answering is how far up the ladder of authority in the government and specifically the White House did other officials know these abuses were being carried out.
The IRS, a supposedly independent agency, has already been caught in a major coverup when Lois G. Lerner, who runs the program that oversees tax-exempt groups, said last week that "absolutely inappropriate" actions were only taken by a few "front-line people" in the IRS's Cincinnati office.
It turns out that IRS officials in their Washington, D.C. headquarters were sending out chilling letters of inquiry to conservative groups who had "tea party," "patriot" and "Constitution" in their names. The queries included long, detailed requests for information about their contributors, grants and donors, how much they gave and when the money was received. They even wanted to see speeches by leaders of these conservatives groups.
In one case, the IRS asked the Wetumpka Tea Party of Alabama for the names of any legislators that its members have talked to, and the names of all its volunteers.
"I was outraged," said Becky Gerritson, the Tea Party group's president. "Being an election year, I felt like it was intimidation."
Larry Nordvig, president of the Richmond, Va. Tea Party, said his group applied for tax exempt status at the end of 2009, but that they were not approved until July 2012. The lengthy inquiry had "a very chilling effect" on fundraising, he said.
One group whose activities were focused on voter fraud was told that their tax application was being reviewed here in Washington. Others got questionnaires from IRS offices in California. This was clearly a nationwide undertaking by the government.
Many wondered if the long hold up of their tax exempt application and the inquisitional experience they endured was due to their opposition to the administration's policies. In a letter to the IRS in June, 20011, an attorney for True the Vote in Houston, which was kept waiting for over two years, asked if the group's "opposition to Obamacare and the takeover of America's healthcare system by the government is the reason that this application has been held up and not approved?"
In another case involving the long-delayed application for King Street Patriots, an IRS official told the group's president, "I'm just doing what Washington is telling me to do. I'm just asking what they want me to ask."
Since the story became public last week, lawmakers on Capitol Hill have been receiving phone calls from whistle blowers in the IRS, saying the scandal is more widespread than has been reported thus far.
The targeting campaign's activities were known by top officials at the agency as early as May, 2012 when the presidential campaign was fully underway, according to GOP congressional staffers who were briefed by the IRS and the Treasury Inspector General for Tax Administration (TIGTA).
The Washington Post reported Tuesday that the IRS's acting commissioner, Steven T. Miller, and his deputy learned about the activities in Cincinnati last May. But that information was not made available to GOP lawmakers who had asked the IRS to respond to growing allegations from conservative leaders about the political targeting.
"I wrote to the IRS three times last year after hearing concerns that conservative groups were being targeted," said Sen. Orrin Hatch of Utah, the ranking Republican on the tax-writing Finance Committee. "In response to the first letter I sent with some of my colleagues, Steven Miller, the current Acting IRS Commissioner, responded that these groups weren't being targeted."
"Knowing what we know now, the IRS was at best being far from forth coming, or at worst, being deliberately dishonest with Congress," Hatch said in a statement.
And it's not just Republicans who are outraged. Sen. Max Baucus, the Montana Democrat who chairs the Finance panel, said "These actions by the IRS are an outrageous abuse of power and a breach of the public's trust. The IRS will now be the ones put under additional scrutiny."
An armada of House and Senate are preparing hearings into the emerging scandal, including the House Ways and Means Committee which has summoned IRS officials to testify Friday.
One of the questions that needs to be asked of these rogue IRS officials and their impertinent, nosy inquiries about our personal, political activities, is have they heard of the Bill of Rights?
Exactly what part of the First Amendment don't they understand? It says very clearly in the Constitution that "Congress shall make no law... abridging the freedom of speech, or of the press..."
This also means that no government agency or federal official can subject law-abiding citizens to any interrogation about their political views, beliefs, or associations
But the government under Obama is now aggressively challenging those freedoms and even denying them, most recently the Justice Department's latest seizure of cellular, office and home telephone records of reporters and an editor at the Associated Press, the nation's largest news gathering service.
The administration wants to know its sources for a story AP reported last year on a foiled al-Qaeda plot. The AP's president called the document seizure a "massive and unprecedented intrusion" into news gathering activities and operations "that the government has no conceivable right to know."
When the government starts questioning our political associations and interferes in our right to organize, and then challenges the freedom of the press, we no longer live in a truly free society.