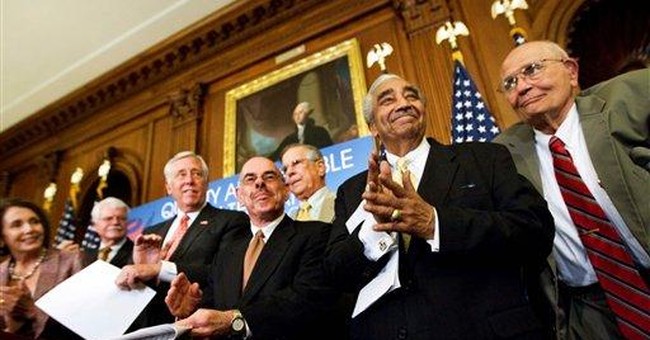 WASHINGTON -- President Obama repeatedly states two things about his national healthcare initiative that are not true: First, that we cannot have truly long-term economic growth until we replace the present healthcare system with an entirely new government-imposed one. Second, that the plan will end the explosion in healthcare costs.

In fact, there have been periods in our county's economic history when we've experienced relatively long-term growth with the healthcare system we have now. The most recent being the nearly 25 years of growth that followed the 1981-1982 recession (with a shallow slide in the early 1990s) when the Dow Jones rose to 14,000, unemployment fell to about 4 percent, U.S. exports were booming, and new business formation soared.

Indeed, during this time, the healthcare industry was one of the biggest and most dependable sources of job creation, even when jobs became increasingly hard to find elsewhere in the economy.

As to the reduction of spiraling healthcare costs, just the opposite is likely to result as healthcare demands skyrocket, fueled by trillions of dollars in government subsidies that will be poured into the system, overburdening an industry struggling to keep up with the demands we place on it now.

Despite claims that his healthcare plan will spur economic growth for years to come, Obama is pushing so-called healthcare reforms that will weaken our economy.

The House and Senate bills making their way through the legislative system will impose draconian tax rates on investors and small-business owners who will be forced to provide health-insurance benefits that will drive many of them out of business. Moreover, it will force the nation's private insurers to unfairly compete with a federally subsidized public health-insurance system that will impose expensive new health mandates on them. That will, in turn, drive up their costs and their prices -- forcing many out of the marketplace.

If it is true that timing in politics is everything, Obama and the Democrats couldn't have picked the worst time to enact their sweeping nationalization of our healthcare system -- during one of the worst recessions since the Great Depression.

The administration says the higher taxes, penalties, regulations and the other government mandates on individuals and businesses will not take effect until 2011 when they expect the recession to be over.

But government economists said last week that the economy could still be quite weak at that time and may not achieve full recovery for another five years. And this forecast doesn't take into consideration all of the cost burdens that national health care will throw at it.

While the forecasts by a panel of 17 top Federal Reserve leaders said it expects the economy may grow modestly (between 2 percent and 3 percent), they suggested that we could be facing a jobless recovery that would keep unemployment high throughout 2011 and beyond when companies will resist hiring many new workers.

Even so, if Obama gets his way, Democrats will pass a nationalized health program this summer that will sock the economy with one of the biggest entitlement programs and tax increases in American history, and will cost taxpayers and businesses more than $1.5 trillion over 10 years and trillions more after that.

This, despite the fact that the Fed forecasts unemployment will likely rise to 10.5 percent before this year ends and hit 10.6 in 2010 -- years when business advocates say this will be no time to burden our economy with higher taxes and costly healthcare mandates.

The U.S. Chamber of Commerce, which represents thousands of U.S. employers, sent a stinging letter to Congress last week, saying it opposed the Democrats' healthcare reforms. Its chief complaint: the taxes it will slap on small businesses.

The Democrats' bill "fails to pass our simple litmus test: This legislation will not address the nation's health cost explosion, will steeply hike taxes in an already precarious economic situation, will fail to lead to more affordable, accessible, quality health coverage, and will lead us toward government-run health care. In short, it will make a bad situation worse, at great costs to the nation in jobs, taxes and freedom," the Chamber said.

The National Federation of Independent Business (NFIB), the nation's largest small-business association, said the bill would strike at the heart of the business sector that creates most of the jobs in this country.

"NFIB opposes the (Democrats' bill) because it threatens the viability of our nation's job creators, fails to increase access and choice to all small businesses, destroys choice and competition for private insurance, and fails to address the core challenge facing small businesses -- cost."

The National Association of Manufacturers (NAM) weighed in, too, against the House bill's onerous surtax that would push the top federal income tax rate to nearly 50 percent and well over that when state and local taxes are factored in.

"Nearly 70 percent of manufacturers pay taxes at the individual rate. Many of these businesses fall into the higher tax bracket, even though most of their taxed income -- an average of $570,000 for small and medium-sized manufacturers -- is being reinvested into the business," the NAM letter said.

All of this raises yet another promise by Obama that doesn't ring true: that no one making less than $250,000 a year will see their taxes go up. In fact, the costs of these taxes, mandates and penalties, either directly or indirectly, will be born -- as they always are -- by every American worker and their families.