How Much Obamacare Costs the Average Family 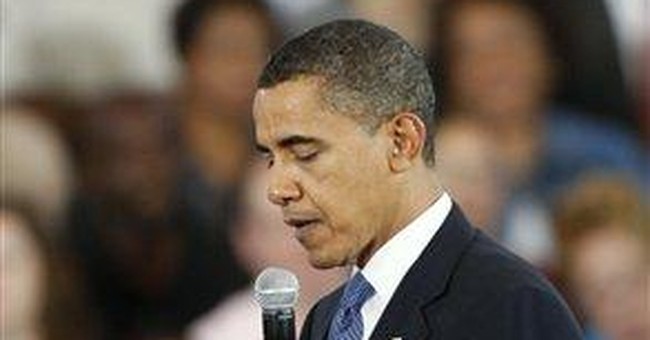 Whether or not you now have health insurance, Obama’s health care bill will cost you dearly.

If you don’t have insurance, you will be required to buy it. The legislation specifies how much you will have to pay for the coverage before any subsidy kicks in. All during the campaign, Obama kept speaking about affordable coverage. Now it appears that his definition of “affordable” might be a bit elastic.

If your household income is $66,000 a year, slightly above the national average, Obama’s health care bill will require you to spend 12 percent of your income -- about $8,000 a year or almost $700 a month -- to buy health insurance before you get any federal subsidy.

That Obama is charging premiums to those living at or on the border of poverty is absolutely incredible! And this from a candidate who pledged that he would not tax the middle class!

If you have insurance, you will get hit by his proposed 40 percent tax on insurance premiums.

When the tax -- and the legislation -- takes effect in 2013, all families making about $120,000 or more in combined household income (14 percent of all families or one in seven) will have to pay the tax.

(In theory, it is the insurance companies that have to pay the tax, but the Senate Finance Committee “assumes” that they will pass the tax along to their policyholders).

These costs make a mockery of Obama’s oft-repeated pledge to avoid any tax increase that would impact those making under $250,000 a year. He finances about half of his health care plan on the backs of the elderly by cutting Medicare and inducing scarcity and the other half by premium taxes and insurance purchasing mandates on the middle and lower middle class.