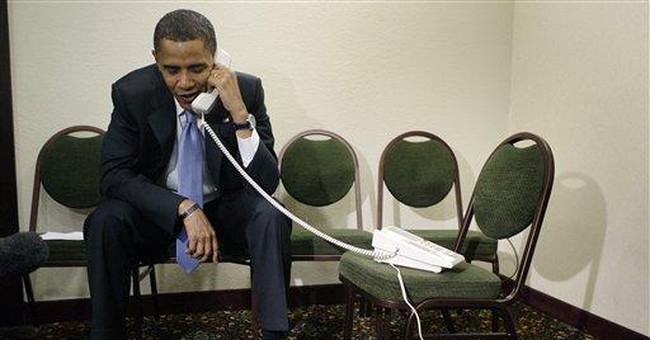 The campaign of 2008 started on July 1 when Obama launched his first national advertising buy of the season. How McCain responds and whether or not he does, will have a big impact in determining whether Obama can solidify or expand his current lead in the polls. As always, the media fails to cover the significant events of the campaign — but this is one of the most critical.

The Obama ad, which introduces him as someone who worked his way through college, fights for American jobs, and battles for health care also seeks to move him to the center by taking credit for welfare reform in Illinois which, the ad proclaims, reduced the rolls by 80%.

But there's one problem - Obama opposed the 1996 welfare reform act at the time. The Illinois law for which he takes credit, was merely the local implementing law the state was required to pass, and it did, almost unanimously. Obama's implication — that he backed "moving people from welfare to work" — is just not true.

For the past two weeks, Obama has moved quickly toward the center. He has reversed his previous positions for gun control, against using faith based institutions to deliver public services, against immunity for tele-communications companies that turn records over to the government in terror investigations, for raising Social Security taxes, for imposing the fairness doctrine on talk radio, and a host of other issues.

McCain has watched passively as his rival repositions himself for November. Indeed, he has watched from afar as he took the time out to travel to Mexico, Colombia, and Brazil, even though they have no electoral votes.

But now, there is a heaven-sent opportunity for McCain to strike. In his effort to move to the center, Obama has distorted his own record, meager though it may be, and is taking credit for a program he strongly opposed. McCain should immediately run an ad in all of the states in which his opponent is advertising setting forth the facts and explaining Obama's distortion.

A good tag line for the ad would be: "John McCain: when you have real experience, you don't need to exaggerate."

But, if McCain doesn't answer, or just replies with his own positive ad, he will let Obama move to the center, a key mistake from which he may never recover. If Obama can hold his 5-10 point lead until the conventions, he will have set in place a pattern that will be very hard to change. With his new ad, Obama could even elevate his lead to double digits.

On the other hand, if McCain calls him on his distortion, he can do grave damage to Obama on three fronts: credibility, centrism, and experience. By catching Obama in a lie, he can undermine the effectiveness of any subsequent ads the Democrat runs. By showing that he opposed welfare reform, McCain can do much to force Obama back to the left and cast doubt on his efforts to move to the middle. And by emphasizing Obama's limited experience, he can strike at a soft spot --- made softer by Hillary's attacks in the primary.

The move is right there for McCain. Now lets see how good his campaign really is.