Diana West  |  Jan 14, 2010
The opinions expressed by columnists are their own and do not necessarily represent the views of Townhall.com.
Top Columns
Trending on Townhall Media

This wasn't supposed to happen there. According to a "counterinsurgency" plan (COIN), anti-US, anti-infidel violence just wasn't supposed to erupt in Garmsir, Afghanistan, of all places. But it did. And at least eight Afghans died in this Helmand Province district in rioting this week inspired by rumors that U.S. troops had roughed up a Koran.

Jihad? What's jihad? Among see-no-Islam Western policymakers, Islamic war doctrine is a cipher, a taboo, so policy is made in ignorance. But thousands of uneducated Afghans knew exactly what the Taliban meant. And what's more, they acted on it.

It was "like watching the movie `Blackhawk Down,'" a Marine master sergeant told UPI, except "I was in it. My gunner kept yelling he had definite targets, people shooting at us but he couldn't fire back because there were unarmed people around them."

Ah, the Obama-McChrystal rules of non-engagement, a pillar of the see-no-Islam COIN strategy designed to eliminate civilian casualties from war -- maybe all casualties, and maybe all war, if McChrystal's latest interview is any guide. "It's not about destroying the enemy's cities," he told the German magazine Der Spiegel. "It's not even about destroying their army, their fighters.... "It's really about convincing the people that they want (the counterinsurgency) to stop and they ultimately will."

Or so thinks the man drawing on the limited power of infidel persuasion in an Islamic land. All that his soldiers must do, U.S. Army Gen. Stanley A. McChrystal says, is "interact" across the language, cultural and religious barriers with "the people" to "build that relationship" -- assisted by mega-sweeteners such as massive public works programs -- and "the people" in effect, will jilt the "insurgency." (Then what -- onto Yemen?) But don't shoot, please, because, as the general puts it, "you can't bring a civilian who has been killed back to life."

You can't bring a soldier who has been killed back to life, either, but this general, who values Afghan "population protection" over U.S. "force protection," didn't mention that.

Fortunately, no Americans were killed during the Garmsir rioting, and fortunately (for their legal health) they didn't shoot, either. Reports indicate only rioters and Afghan intelligence officers exchanged fire, with Americans targeting only a sniper aiming into their base. Of course, every window of the master sergeant's mine-resistant vehicle was "spider-webbed from bullets."

Just last week, NBC Nightly News dubbed Garmsir "a model of counterinsurgency success." In November, the Marine Corps Web site said it was beginning to be "a model of economic progress." In September, a Marine battalion commander took a visiting British general to the central bazaar for ice cream. And why not? Garmsir, first in U.S. hands, then British, and now U.S. hands again, was more than a Taliban battleground. It was a proving ground for the infidel-Islamic "interaction" strategy of giving away stuff.

British gifts to Garmsir include new roads, wells, ditches, pumps and a 70-ton bridge (built in body armor and helmets) across the main canal. If I'm not mistaken, this same bridge gave rioters easy access to the central bazaar -- the same bazaar where last year, the New York Times Magazine reports, McChrystal asked every Afghan he met: "What do you need?"

His subordinates followed up -- "unfailingly polite, even deferential" -- at a district council meeting where the agenda "was to decide on a list of development projects, which the Americans would pay for."

First choice (since they already had a bridge)? Repairs to the irrigation system "built by American aid workers in the 1950s (that) were badly in need of repair." Yes, as readers of this column know, we are on our second prolonged stint of nation-building in Afghanistan, and no, the first one didn't work, either.

They still like our stuff. But somehow it doesn't fortify local yokels -- even U.S.-secured ones -- against a call to "jihad" over a simplistic lie about Koran abuse.

Why? You won't get an answer from on high where Islam is verboten in formulating policy.

Maybe a new recreation center for Garmsir would do the trick -- eh, General? 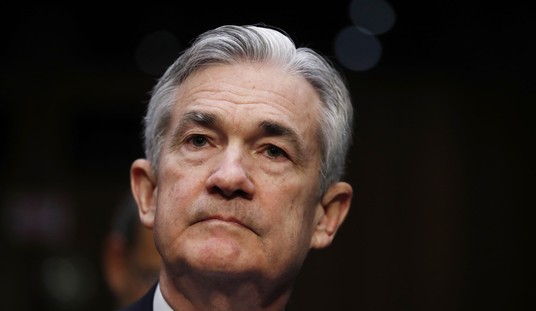