Opposing Sotomayor is the Right's Thing to Do 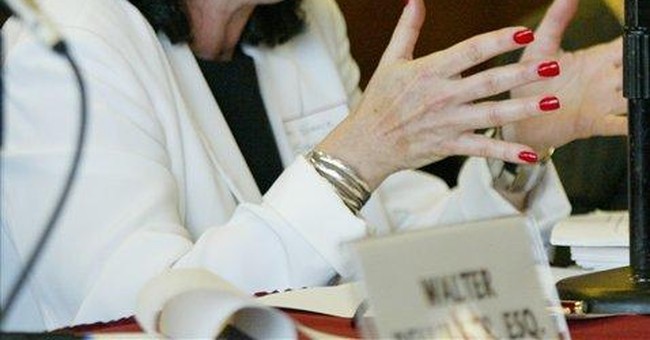 For one thing, he's dyslexic. That's why Ricci spent more than $1,000 to pay an acquaintance to make recordings of the educational materials Ricci needed to master in order to pass a 2003 test that was specially drawn up for the New Haven Fire Department. The test was to determine who was eligible for 15 lieutenant and captain promotions. After months of intensive study, Ricci scored sixth highest out of 77 candidates. Because the results were deemed racially unacceptable -- none of the 19 black test-takers made the cut -- New Haven mayor John DeStefano Jr. decided to junk all the test results and promote no one.

That was six years ago. This April, the Supreme Court heard Ricci v. DeStefano, a case that Sotomayor, as part of a three-judge panel, upheld on appeal against Ricci and the 17 other firemen who joined his complaint. Better to perpetuate group grievance, Sotomayor's decision tells us, than to ensure equality of opportunity. Better to pick winners and losers from the bench than to safeguard the rights of the individual to life, liberty and a fair shot at a promotion.

And better to advocate a kind of racial and sexual supremacism than to safeguard for one and all the kind of justice that is blind. "I would hope that a wise Latina woman with the richness of her experiences would more often than not reach a better conclusion (as a judge) than a white male who hasn't lived that life," Sotomayor said in her Judge Mario G. Olmos Law and Cultural Diversity Lecture at UC Berkeley's law school in 2001.

The cavalier condescension toward the "white" and the "male" in this statement is breathtaking. And in Ricci v. DeStefano, Sotomayor showed us precisely how she implements it: by upholding discrimination against the expendable, those such as Ricci and his co-plaintiffs who don't have black skin. This is reverse discrimination, and among activist judges such as Sotomayor and Democrats on the left, such as President Barack Obama, it is not only acceptable, it is a sterling credential.

But no one on the right is supposed to mention it, or so the conventional wisdom would have it. That's because Sotomayor, in addition to being a Latina -- or, rather, as a function of being a Latina -- is also a sacred cow. As a woman (check one) with parents from Puerto Rico (check two), she is by accident of birth virtually above criticism, a condition of neo-royalty that is death to a democratic republic. Worse, she is seen in these sacred terms by far too many Republicans, thus revealing the extent to which they, too, have bought into the dehumanizing givens of identity politics.

In other words, it's one thing for Sen. Charles Schumer, D-N.Y., to say, "They (Republicans) oppose her at their peril." It's quite another to hear the very same theme echoed by GOP professionals. "Republicans who pick a fight with an up-from-the-bootstraps Hispanic woman do so at their own peril," said GOP consultant Phil Musser. "If Republicans make a big deal of opposing Sotomayor, we will be hurling ourselves off a cliff," said former George W. Bush aide Mark McKinnon. "It's a bad visual. It's bad symbolism for the Republicans," said Matthew Dowd, another former Bush aide. "You want to be careful," said GOP chairman Michael Steele. "You don't want to be perceived as a bully."

Such shallow, pointless politicking, devoid of philosophical principle, reveals the crisis in conservative circles: namely, the lack of understanding of what is required to mount the philosophical arguments against the leftist social engineering, as practiced by Sotomayor and as promulgated by Obama, that has derailed the lives of countless Frank Riccis, stripping them of the protections of the Constitution in the name of perpetual resentment and unslakeable grievance.

Making this moral, conservative case isn't jumping off a cliff. It isn't "bad symbolism" and it isn't bullying. It's leadership based on fundamental, core principles. We'll find out if there is anyone left with any such principles when the Senate confirmation hearings for Sotomayor begin.