Devon Herrick
|
Posted: Sep 30, 2019 11:34 AM
Share   Tweet
The opinions expressed by columnists are their own and do not necessarily represent the views of Townhall.com. 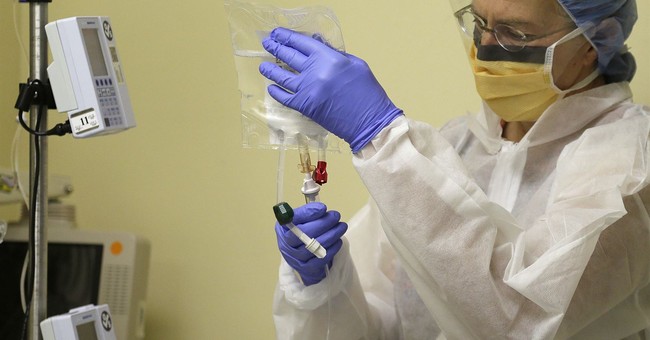 Congress is considering legislation protecting patients from outrageous surprise medical bills from greedy providers they could not avoid. The providers and their private equity masters on Wall Street make big bucks off surprise medical bills. As a result, they are doing everything in their power to confuse Americans with deceptive PR campaigns, like Doctor Patient Unity and Physicians for Fair Coverage. Don’t be fooled, they’re not on your side; they’re on their own (lucrative) side and if they win it will cost you plenty. Here’s what I’m talking about.

Suppose after surgery your doctor orders a drug test to check if you’re abusing pain medications. How would you feel if you later receive a medical bill in your mailbox demanding more than $17,000, when you were expecting a nominal charge of about $20? This happened to a Texas student in 2017. How would you feel if while recovering from spinal surgery you got a bill you were not expecting for nearly $117,000? You discover your in-network surgeon called-in an out-of-network assistant surgeon, who was basically just a second set of hands. You later discover a hospital employee could have assisted for free, had one been available during your surgery. But of course, nobody at the hospital cared enough about your retirement funds to send for an off-duty surgical physicians assistant. Had you been covered by Medicare the assistant surgeon would have been paid less than $1,000. This incident happened to a New York state man in 2014. A U.S. Army linguist told Kaiser Health News he received $48,000 in surprise medical bills after an appendectomy in 2018.

These patients were not uninsured, they had good health insurance. Most Americans would consider huge surprise bills like these to be life changing, extorting their retirement nest eggs from them through a legal loophole by people who have no shame. The providers who scammed these patients aren’t in jail. Indeed, the ambush was perfectly legal under current law. This needs to change.

When faced with medical decisions, most insured people try to verify their doctors are in their network before agreeing to medical care. Surprise bills rarely come from primary care providers who patients chose. When patients decide to go out-of-network they generally inquire about fees and cost-sharing. Patients’ primary physicians are generally happy to work with them, discussing fees and therapies they can afford. Yet, ancillary physicians are not hired directly by patients; they work behind the scenes in hospitals, clinics and labs and are providers patients rarely meet prior to care. The ancillary physician specialties responsible for most surprise medical bills are anesthesiologists, pathologists, radiologists, emergency room physicians and assistant surgeons. If patients do meet their ancillary physicians prior to care (say, an anesthesiologist or emergency room physician), it’s usually too late in the care process to check prices or decline services.

Increasingly, ancillary physician groups, such as emergency room doctors, affiliate with large staffing agencies often owned by private equity firms. Kohlberg Kravis Roberts and The Blackstone Group are private equity firms that own two of the largest emergency medical staffing agencies in the country. Private equity firms have deep pockets and can fund lobbyists and public relations experts. Doctor Patient Unity, a so-called dark money group, is funded by the firms who benefit from surprise medical bills and their private equity investors. Dark money groups are political organizations created to conceal who is behind their political message. Doctor Patient Unity owns the deceptively named website, StopSurpriseMedicalBills.com. Their goal is not to protect consumers; it’s to protect their right to balance bill higher fees. This past summer the group spent an estimated $28 million on radio and television advertisements, social media campaigns and direct mail. They urged constituents to contact their senators parroting the message “say no to rate-setting” and “put patients first”. These are positive phrases most voters can agree with but were not crafted for the purpose most voters assumed they were.

Surprise medical bills result from a form of market failure. When providers patients cannot choose render services that patients cannot refuse, that creates the conditions allowing unscrupulous providers to gouge patients, extorting fees far higher than they could obtain in a competitive market. Let’s say the usual & customary fees for an in-network anesthesiologist during surgery is $1,000. If the anesthesiologist is out of network, they are free to charge $2,000 or even $3,000. A patient expecting to pay $200 in cost-sharing for anesthesia could find they owe $1,400 or even $2,400 if the doctor on call wants to game the system.

It’s time to put a stop to surprise medical bills at the federal level. Many think a bill being considered in the Senate Committee on Health, Education, Labor and Pensions (HELP) to be fair to both doctors and their patients (and health plans). The bill is similar to a recent state law that works well in California. One disagreement is whether the plan should include arbitration to resolve out-of-network fee disputes. Arbitration is labor intensive and is often accompanied by provisions encouraging the arbitrator to consider fee benchmarks that are many times higher than what Medicare pays and well above what would be paid in a competitive market.