Politicians Need to Use Commonsense to Fight Opioid Abuse

Devon Herrick
|
Posted: May 14, 2018 12:01 AM
Share   Tweet
The opinions expressed by columnists are their own and do not necessarily represent the views of Townhall.com. 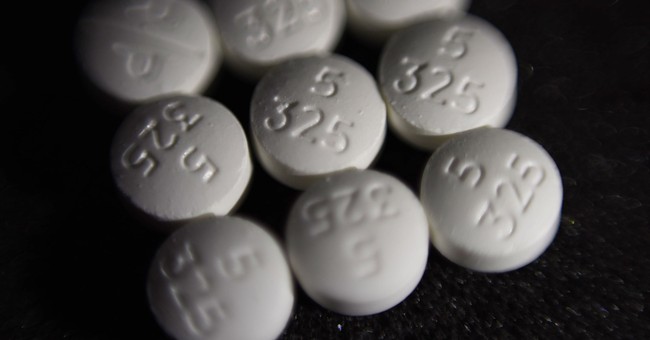 Congress has finally decided to close the stable door on opioid abuse now that the horse has bolted. The House and Senate recently began debating a series of proposals to reduce the human and social costs of people who abuse opioids. Congress hopes to have bills on President Trump’s desk by Memorial Day.

Proposals include many of the same ideas that have had little impact in the past. Of course some Members of Congress want more funds for drug treatment. There is no magic bullet that cures addiction. Addicts cycle on and off the wagon until they finally get tired of the drug abuse merry-go-round. There is talk of funding research on new non-addictive pain relievers. Although more pain reliever options would be good it is not the role of government to fund them. Drug manufacturers reap the profits for new drugs so they should fund their own research.

Another idea is to limit the number of drugs in opioid prescriptions. Restricting the number of pills dispensed to patients is not a bad idea. Perhaps pill limits will discourage some new pain patients from becoming addicted to opioids. However, it will do nothing for those taking street drugs. Many addicts have graduated to illicit opioids like heroin and fentanyl; more will likely do so in the face of prescription limits. Pill limits could also prompt addicts to visit even more new doctors seeking multiple concurrent prescriptions.

However, one proposal would help. The bill H.R. 3528, All Prescriptions Conveyed Securely Act, would require prescriptions for controlled substances under Medicare Part D to be transmitted electronically allowing patients, prescriptions and prescribers to be tracked and monitored. This should have been required years ago.

Opioid abuse is a serious problem across the country and shows little sign of slowing. About 64,000 people died of opioid overdoses in 2016 according to data analyzed by the New York Times. This was nearly 20% more than died in 2015. The death toll is expected to be even worse in 2017 once the data are finally available. The rate of emergency room visits (ER) for overdoses rose nearly one-third throughout much of the country in 2016. The increase was even greater in the Midwest, rising nearly 70%. Urban areas saw a 54% increase – more than double the increase in rural areas. Data from the Centers for Disease Control and Prevention (CDC) shows that for every person who dies from an overdose, there are 130 chronic abusers and 825 nonmedical users. In addition, for every overdose death 10 opioid abusers ultimately require substance abuse rehabilitation and 32 visit the emergency room. Do the math: if there were 64,000 deaths in 2016, there are more than 8 million chronic abusers and nearly 53 million people who experiment recreationally with opioids.

Opioid abuse is huge headache for health plans, state Medicaid programs and Medicare Part D senior drug plans. The temptation to divert opioids to the illicit market is significant. The street value of opioids purchased at local pharmacies is six to 12 times the retail cost so addicts first try to get opioid prescriptions from a doctor. The cost of medically unnecessary opioid prescriptions is just the tip of the iceberg. For every $1 spent on unnecessary opioid prescriptions, another $41 is lost to medical costs. This includes drug seeking behavior, such as doctor shopping for unnecessary treatments to obtain unnecessary prescriptions. Then there are emergency room visits due to overdoses and drug treatment rehabilitation. Notice I’m ignoring social costs, such as burglary, theft, prostitution and other illegal activities to fund drugs, which are undoubtedly far higher than the direct medical costs.

Transmitting prescriptions electronically allows physicians to communicate their orders directly with pharmacies. Prescribing software also allows doctors and pharmacies to detect drug seeking behaviors, like multiple concurrent prescriptions and filling prescriptions for more opioids than any one doctor would authorize.

New York State has required prescriptions for controlled substance to be transmitted electronically for the past several years. The evidence is that electronic prescriptions reduce opioid use and abuse. Prescribing software must conform to DEA regulations, which are designed to prevent unauthorized access by anyone other than the prescribing doctor. For example, this prevents office personnel such as nurses, business office clerks and criminals from being able to wonder into the doctor’s office and order a year’s supply of Oxycodone while the doctor is out.

Two independent studies estimate the savings to Medicare Part D at from $1.3 billion to $2 billion a year. A health IT advocacy group estimates H.R. 3528 would save $13 billion in federal spending over 10 years. Analysis by a medication management firm estimates the savings at more than $2 billion annually. I first wrote about the benefits of e-prescribing controlled substances two years ago, calling it a commonsense solution that was being ignored.

Many opioid abusers began innocently enough as patients with chronic pain, pain from injuries or post-surgical pain. Mandatory e-prescribing of controlled substances would do little to stop abusers who have already graduated to opioids like heroin and fentanyl. However, better tracking of opioid prescriptions will help prevent new chronic pain management patients from becoming new opioid abusers

Devon M. Herrick, PhD, is a health economist and former hospital financial manager. He has written about health policy for over 20 years.