Devon Herrick
|
Posted: May 01, 2017 10:36 AM
Share   Tweet
The opinions expressed by columnists are their own and do not necessarily represent the views of Townhall.com. 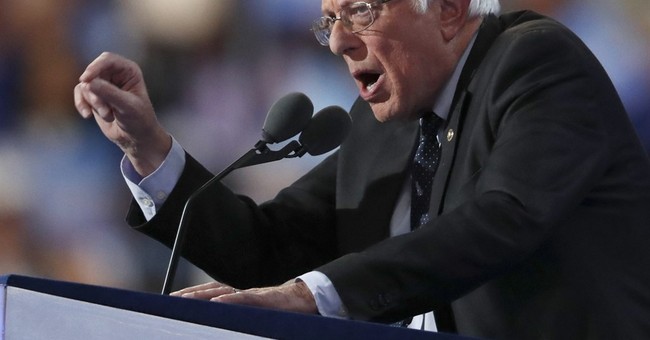 Single-payer is the ultimate government control of the health care system. Most Liberal politicians quietly support the idea, but many are afraid to voice their opinions. During her campaign, Hillary Clinton criticized Bernie Sanders’ health proposal likely because she did not want to lose support from doctors, hospitals, drug companies and constituents with good employee health coverage.

Disciples attribute near mythical status to a single-payer health insurer. Single-payer would supposedly provide universal coverage -- ensuring universal access to medical care. In theory, the poor would enjoy quality health care paid for by rich people. Absent the marketing expense, executive salaries, administrative tasks and profits that enrich capitalists, medicine would magically be cheap. Absent the profit motive, hospitals would just about give away patient care. (For the record, most hospitals are nonprofit organizations and earn huge profits off their exorbitant fees, which they use to pay high executive salaries and for marketing.) Yet, people who fanatically support single-payer health insurance do not really understand how it is supposed to work. Medicare is sometimes touted as a single payer for the elderly but it is increasingly run by private firms.

Here is how it would work if modeled after Canadian health care. A single-payer, universal Medicaid program would be the sole payer for all medical care. By definition, a single-payer is a monopsony -- the only purchaser of a good or service.  If you are the only purchaser in the country, you can dictate the prices you are willing to pay -- and limit the services you are willing to pay for. Low hospital and physician fees would be “take it or leave it.” Economic theory suggests a monopsony should set fees low enough so a sufficient number of providers exit the market, creating a shortage of services. This results in what is known as rationing by waiting.Services must always be rationed in some manner.

To significantly reduce medical expenditures under a single-payer system, hospital fees would have to be lower than what Medicare pays today. Doctors, medical device makers and drug companies would face a similar squeeze on fees and prices.  Price controls are typically used to limit the cost of drugs and supplies in single payer programs like in Canada, Britain, New Zealand, etc. A single-payer would use government data to arrive at a fixed global budget for each hospital. No more piecemeal payments for individual patients. Absent any of these preconditions a single payer would cost more than the current system.

A failed ballot initiative in Colorado was intended to create a taxpayer-funded single-payer health insurer. ColoradoCare would have replaced most forms of private health insurance and cover nearly all state residents, including Medicaid enrollees (but not federal programs, like Medicare and the VA). Funding was to come from a 10 percent tax on both wage and nonwage income.

ColoradoCare was projected to be insolvent the first year of operation and thereafter. An analysis by the Colorado Health Institute found the supposed “savings” (that is: lower overhead, less administrative costs, lower hospital fees) would about equal the “new expenses.” The new expenses would come from covering the uninsured and higher utilization by people whose taxpayer-funded care would be nearly free at the point of service. In other words, the advantages from a single-payer program in Colorado were estimated to be a big, fat, goose egg. Voters ultimately rejected ColoradoCare in 2016 due to its high cost.

In 2011, the Vermont legislature also passed a bill to create a single-payer health insurer. Green Mountain Care was also abandoned in 2014 by Vermont’s Democrat governor for being too costly. Green Mountain Care was going to require an 11.5 percent payroll tax and an additional sliding-scale income tax that topped out at 9.5 percent. Despite the heavy tax burden, a single-payer system in Vermont was projected to go bankrupt by 2020.

A bill recently passed the Senate Health Committee in the People’s Republic of California, which would establish a government-run single-payer health plan. If signed into law, the program would cover everyone living in California, including illegal immigrants. As always, the primary obstacle is how to pay for such a costly entitlement.