Devon Herrick
|
Posted: Aug 10, 2016 12:01 AM
Share   Tweet
The opinions expressed by columnists are their own and do not necessarily represent the views of Townhall.com. 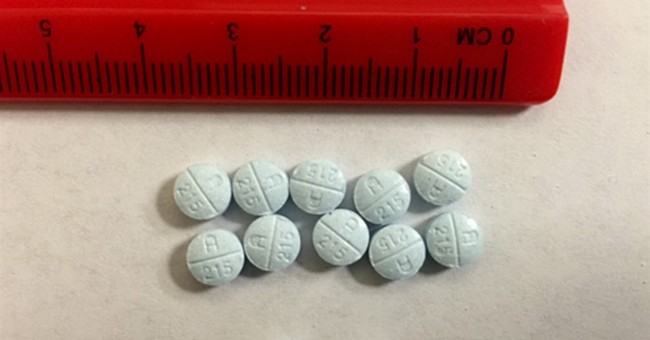 Newsflash! Hillary Clinton is concerned about your drug costs. Unfortunately, her plan could actually raise drug prices and force you to pay more, albeit indirectly. She proposes to accomplish both feats simultaneously by capping your prescription drug co-pays at no more than $250 per month. This reckless proposal is central planning of the ilk you would find in Cuba or Venezuela. But I’m getting ahead of myself.

Rising drug costs are now a political issue because the number of diseases and conditions that can be treated using drug therapy has grown tremendously over the past 25 years. Arguably, one of the main reasons patients visit their doctors is to obtain or renew prescriptions. When they visit their doctors’ offices, Americans  leave with a prescription in hand about three-fourths of the time. This is hardly a travesty; patients aren’t drowning under the cost of prescriptions drugs. When patients swing by their neighborhood pharmacy to pick up their prescriptions, they generally pay only a fraction of the actual costs. Most prescription costs are paid for by prescription drug plans sponsored by insurers and health plans.

Insurers and health plans use multiple techniques to make drug benefits affordable. One of the ways employers, insurers and pharmacy benefit managers (PBMs) hold down costs is through formularies with multiple tiers. The purpose of tiered formularies is to steer enrollees to lower-cost alternatives when appropriate, using differing levels of cost-sharing. Drug plans typically encourage generic use by requiring little if any cost-sharing when a generic drug is filled. Generic drugs are cheap compared to brand drugs -- accounting for less than three percent of health care expenditures. Because of their value, prescriptions are dispensed in generic form nearly 90 percent of the time.

However, drug plan formularies usually require higher cost-sharing (tiers) for patients who prefer to take more costly brand drugs -- especially brand drugs for which cheap, effective substitutes exist. Some drug plans also have specialty tiers for the costly “specialty drugs.” Specialty drugs are used to treat serious health conditions like cancer, hepatitis C, rheumatoid arthritis and some rare diseases. These newer therapies are often derived from living substances and are very expensive to produce. These therapies are sometimes administered in hospitals and clinics, and are more expensive than typical brand drugs. Only about 1 percent of drugs fall into the unofficial category known as specialty drugs, while about 11 percent fall into the category of brand drugs. Due to the high cost of specialty medications and other brand medications, health plans must carefully manage these drugs. Specialty drugs tend to have the highest cost-sharing and would be most affected by a cap on co-pays.

For the most part, drugs are a bargain. Yet Hillary Clinton wants to pass legislation that would allow these high-priced drugs to rise even higher in price. She is not alone. At the federal level, Oregon Senator Ron Wyden has championed bills that seek to cap prescription drug cost-sharing for Medicare beneficiaries. At the state level, one-third of states have either passed legislation or have introduced bills that seek to limit cost-sharing. So far seven states have laws limiting cost-sharing for drug therapies. An eighth state, California, passed a law due to take effect in January 2017.

The forthcoming law in California would limit copays to $250 for a 30-day outpatient prescription ($500 for people with high-deductible plans). A law in Louisiana limits copays to $150 per prescription, while laws in Delaware and Maryland limit cost sharing to no more than $150 a month. A law in Vermont limits copays to no more than $1,000 per year. In Maine, copays cannot exceed $3,500 per year.

What’s wrong with these laws? Plenty! Increasingly, health care has become a gold rush with health care industry stakeholders looking for ways to swindle employers, insurers and taxpayers into reimbursing outrageous prices. About a year ago, drug maker Valeant Pharmaceuticals was accused of using various strategies to aggressively raise drug prices, most of which was charged to insurers, employers and health plans. One strategy was to partner with a pharmacy that agreed to not substitute generic drugs for brand drugs costing a multiple of the cheaper drugs’ price. Another strategy was to waive expensive co-pays so patients would not request a generic substitute. About the same time another drug company, Turing Pharmaceuticals, carefully sought out and acquired old generic drugs that had little competition, and then raised prices aggressively -- in one instance by 5,000 percent.

Valeant and Turing developed these elaborate strategies because the firms realized there are limits to what consumers are willing to pay for goods and services. But if consumers can be insulated from high prices and discouraged (or limited) from selecting lower-priced options, only the sky is the limit to the prices that could be charged for drugs.

Patients benefit enormously from safe and effective drug therapies. Drug therapy is the most efficient method to treat most ailments -- often substituting for more expensive hospital and surgical treatments. Campaign rhetoric about unaffordable drug costs are much ado about nothing. The proportion of drug costs Americans pay out of their own pocket has been falling for decades. Around 1960, Americans paid for nearly all of their prescription drugs. By 1980, that figure was down to about 75 percent. By 1995, the figure was 50 percent. Today, Americans pay for only about 16 percent of their prescription drugs. Moreover, an estimated 70 percent of Americans belong to a drug plan that manages drug benefits on patients’ behalf. As a result, nearly one-fourth of retail prescriptions are fully covered by insurers and require no copayment by the patient. An additional one-third cost the patient $5 or less. Just over three-fourths cost the patient $10 or less.

Cost-sharing is a method employers, insurers and drug plans use to hold down drug spending and keep premiums affordable by giving enrollees an incentive to ask for generic drugs. Cost-sharing also provides drug makers with an incentive to limit excessive price hikes. If Hillary Clinton is successful in her attempt to limit cost-sharing, you can bet there will be even more drugs with prices that reach the stratosphere.