Medicare Reform that Will Benefit Seniors and Taxpayers 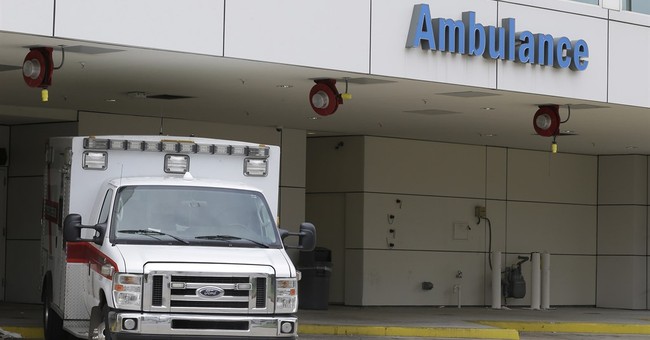 Medicare spent about $600 billion last year. Spending per Medicare beneficiary has risen from $385 a year in 1970 to a staggering $12,430 today. It’s expected to reach about $19,000 by the end of the decade. However, spending isn’t distributed evenly among all seniors. In health care, there is what’s known as the 80/20 rule. Eighty percent of health care spending is on the sickest 20 percent of the population. But it gets worse. Nearly half of all health care dollars are spent on the sickest 5 percent of patients, while nearly one-quarter of health care dollars are spent on the sickest 1 percent. About 5 percent of Medicare beneficiaries die each year. The cost to care for them in their last year comprises one-quarter of Medicare spending. Much of this spending occurs in the hospital.

I recently wrote about the Big Box health care store you want to avoid at all costs, because it costs a lot! It’s the hospital. Nearly a third of health care spending is in hospitals. Physician care consumes an additional 20 percent of health care expenditures, but doctor visits are cheaper than hospital stays. Contrast these to generic drugs. About 80 percent of all prescription drugs taken by Americans are dispensed as generic, but they cost only one-tenth as much as hospitals. Increasingly, slowing the growth of Medicare spending means keeping seniors out of the hospital by better managing their chronic conditions.

I’ve talked to seniors who’ve told me they become frustrated when they get sick but cannot get a timely appointment with their doctor, who tells them “just go to the emergency room.” When a senior goes to the emergency room, they have about a 16 percent to 20 percent chance of being admitted to the hospital. Indeed, unplanned hospital admits from the emergency room are growing Medicare phenomenon. Many of these hospital admissions are unnecessary. Some aren’t even actual admissions, rather they are “observational,” after which seniors later discover their cost-sharing is greater because they were in a hospital despite not being sick enough to be “admitted” to the hospital.

Once in the hospital, a patient’s need for a care coordinator not beholden to the hospital becomes even more crucial. Hospital care is not uniform; it’s delivered in many different hospital settings and differing levels of intensity. Physician care coordinators are necessary partners to improving seniors’ health and reducing Medicare spending. A well-managed physician network is the key to coordinating care, increasing quality and controlling costs. This means sharing some of the savings with physician networks when they keep seniors out of the hospital.

Care provided in the wrong setting wastes the patient’s, and the health system’s, money. Poorly managed care transitions, when a patient moves from one care setting to the next, can result in a hospital readmission.One-in-five seniors who are discharged from a hospital are readmitted within 30 days. More than one-third of Medicare hospital discharges are readmitted within 90 days. A care coordinator at a patient-centered Medical Home could steer seniors to lower-cost health care settings, evaluate the need for home care, and ensure seniors receive post-hospital follow up care and comply with drug therapy instructions.

Medicare-insured seniors are a hospital’s bread and butter. As such, seniors became a pawn in the financial game of cat and mouse between Medicare providers and payers at the Centers for Medicare and Medicaid Services. Medicare reforms should provide financial incentives for seniors, and their Medicare health plans, to keep seniors healthy and out of the hospital. Reforms should also look to empower seniors to manage more of their own health care spending using Medicare Health Savings Accounts (HSAs) coupled with high-deductible Medicare Advantage plans. If seniors have a stake in what they spend, they will weigh their options more closely.

There are enormous opportunities to reduce the growth in Medicare spending by carefully managing care for the sickest seniors. Doctors and health plans are necessary partners in this endeavor. But so are seniors themselves. Increasingly, Medicare needs to use some of the other tools employed by private health plans. These include medical homes, care coordination and utilization management that rewards Medicare plans when they boost quality and lower costs. Providers who reduce costs and increase quality should be rewarded. Those who perform poorly need to suffer the consequences.