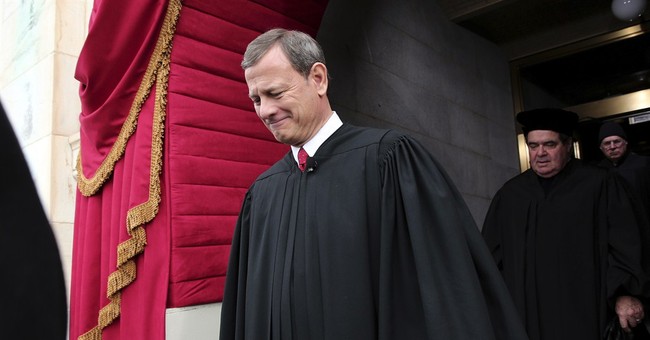 On June 25, the Supreme Court upheld health insurance subsidies in states that rely on the federal exchange. The 6-to-3 majority opinion was written by Chief Justice John Roberts. A National Journal headline proclaimed “John Roberts Saves Obamacare, Again,” explaining “It's also the second time in three years Roberts has helped pull Obamacare back from the brink of disaster.”

The outcome did not surprise those who have followed Chief Justice Roberts’ recent voting record. In 2012, John Roberts sided with the majority ruling that the individual mandate, forcing people to buy insurance, was not justified under the Commerce Clause. However, conservatives were shocked that the Chief Justice voted with the liberal wing of the Court, ruling the individual mandate was indeed constitutional, because it is essentially a tax penalty. This followed the well-established precedent that the federal government has the power to tax socially-undesirable behaviors to discourage them.

Roberts made an unfortunate left turn back in 2012 and he’s been careening to the left ever since. This past session he agreed less with his fellow Republican-appointed justices than with the Democratic-appointed justices.

The SCOTUS blog tracks justices’ voting records, comparing their legal opinions with those of other Supreme Court justices. With the October 2014 term just ending, John Roberts’ voting record has more in common with the liberal members of the Supreme Court than with the conservative wing. Justice Roberts agreed in full or in part with Justice Breyer 85% of the time, Justices Ginsburg and Sotomayor 81% of the time and Justice Kagan 75% of the time. Compare this to Roberts’ agreement with the conservative members. He agreed with Scalia 81% of the time, Kennedy and Alito 72% of the time and with Justice Thomas 61%. [See Figure] These data don’t include the King v. Burwell decision, so his record is actually a little worse than it appears here.

In the majority opinion, Roberts acknowledges the health care law contains numerous drafting errors, saying “The Affordable Care Act contains more than a few examples of inartful drafting.” Roberts apparently thinks drafting errors are trivial matters that should be overlooked. Justice Scalia, on the other hand, understands the root cause of the “inartful drafting.” That is, congressional Democrats’ hurried, partisan work resulted in sloppy legislation with numerous errors. In Scalia’s opinion, the errors are egregious enough to warrant congressional action to fix Congress’ mistakes. In his dissenting opinion, Scalia noted the majority displayed “no semblance of shame” and suggested the health care law should be more accurately called “SCOTUScare,” after the Supreme Court “…rewrites the law to make tax credits available everywhere.” In Scalia’s opinion:

There are probably a significant number of Red State Republican lawmakers who are quietly breathing a sigh of relief — knowing they won’t have to face the political fallout from poor constituents losing their subsidies. Yet, the Affordable Care Act still contains numerous structural flaws that must be addressed. A decision for the plaintiffs would have created an opportunity for Republicans to work with Democrats to fix the ACA’s numerous problems and work out a compromise that is truly bipartisan.

“Congress passed the Affordable Care Act to improve health insurance markets, not to destroy them. If at all possible, we must interpret the Act in a way that is consistent with the former, and avoids the latter.”

Thanks to Roberts and his more liberal colleagues, the flaws that existed in Obamacare will continue to plague the American people. These need reform — preferably sooner rather than later. How ironic, then, that in trying not to destroy the insurance markets Roberts helped retain a poorly-designed health care law that is well on its way to destroying the insurance markets.