Homeschooling in a World Gone Mad

Derek Hunter  |  Nov 24, 2022
The opinions expressed by columnists are their own and do not necessarily represent the views of Townhall.com.
Top Columns
Trending on Townhall Media 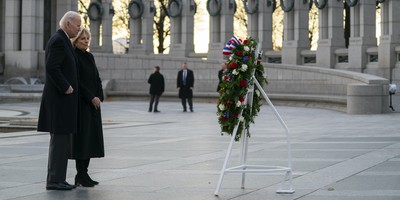 As a homeschool parent, it’s nearly impossible to keep up with everything happening in the world when teaching kids about current events, but you have to try – that’s the job. That being said, and because it’s the job, you have to try. But when things don’t make any sense to you, making sense of them for your kids is that much more difficult.

For example: the election. You can’t help but look at what happened and be left wondering how what happened came to pass. How does a party with an unpopular President come out of an election with, for all intents and purposes, a tie? When all your school supplies and the food you feed them for lunch have increased more in one year than seemingly in your lifetime, how does that party pull off a push? Stranger still, how do you explain to children that failure is no longer an obstacle to job retention when you’re trying to instill in them the concept of excellence?

Instead, you have to counteract one political party’s “big lie.” No, not that one. The big lie about how our democracy is under threat. We are approaching our nation’s 250th anniversary and we’re to the point where one party declares any potential political loss by them to be a threat to the very concept of our country’s existence. It’s times like this I’m grateful to be able to homeschool my kids, I can only imagine how this is being discussed in union-run public schools.

Of course, none of this matters if society is wiped out in a nuclear war. That’s a horrible thought, obviously, but given the 24-hour story of a Russian missile attack on Poland, a NATO member, and the prospect of NATO retaliation until it was discovered it was a Ukrainian missile (Bill Kristol hardest hit), it’s a thought that has crossed many minds recently.

How do you explain what’s happening in Ukraine to a kid? The basics are easy enough: Russia invaded their neighbor. But the reaction from the rest of the world is, to put it mildly, bizarre.

Not that the rest of the world shouldn’t care or support Ukraine, it’s just that you’d think Ukraine was the most important country in history. Sean Penn is giving their President his Oscar and our government is giving their country our credit card. It’s unclear either has any conditions attached to it.

Vladimir Putin is a horrible human being, everyone agrees on that, but many of the attempts by the west to punish him have had their teeth pulled. Gas prices are up because of sanctions, but Russia is still selling its oil to large parts of the rest of the world. Some Putin connected oligarchs are sanctioned, other aren’t.

One thing you have to teach kids is about consequences. So much of this Ukraine and Russia situation is counter-productive on that front.

There are sanctions of Russian goods across the globe, but some connected companies like Airbus can carve out exemptions so they can continue to buy valuable titanium from Russia without any interruption. Putin is still rolling in cash and Airbus is getting government contracts like the invasion never happened. Is what Russia is doing to Ukraine a threat to the world that has to be stopped or isn’t it? Why do nations like Canada have sanction waivers for certain industries that benefit them while virtue signaling about the importance of unwavering support for Ukraine against Russia? Are these oligarchs deserving of punishment for propping up Putin or not? How do you teach a kid about something that makes no sense to adults, like why an oligarch with serious links to Hunter Biden escapes any sanctions what-so-ever. Actually, maybe that one isn’t so hard to explain.

Harder still to explain is the latest left-wing mind-wipe of what gender is. The very concept seems to have become a mystery in the last 20 minutes to every Democrat on the planet, starting with teachers and their unions (particularly their leadership). It’s one thing to forget, it’s another still to be completely wrong and insist you’re right.

Were it not for the existence of men and women none of these tenured indoctrinators would exist, let alone have jobs. How do you make sense of adults insisting what IS NOT actually somehow IS after they’ve finally reached the age where you can get them to understand how a movie isn’t real life? You can’t give these people the benefit of the doubt when so many of them send kids to the principal’s office for making a “gun” with their fingers. Their delusions (and their politics) run deep.

It’s not an easy decision to homeschool kids in this day and age, though it’s never really been easy. Still, homeschool parents not only have the difficulty of educating children in “the three Rs,” they have the added issue of having to counteract so many narratives constructed by left-wing partisans and perpetuated by cable news that it’s adding another layer of difficulty to the job. It’s a small price to pay, and still a much better alternative than handing your kids over to people who, after a lifetime of knowing, collectively have forgotten things as basic as what gender is. The price, whatever it ends up being, is worth it.

Derek Hunter is the host of a free daily podcast (subscribe!), host of a daily radio show, and author of the book, Outrage, INC., which exposes how liberals use fear and hatred to manipulate the masses, and host of the weekly “Week in F*cking Review” podcast where the news is spoken about the way it deserves to be. Follow him on Twitter at @DerekAHunter.