Derek Hunter
|
Posted: Dec 10, 2020 12:01 AM
Share   Tweet
The opinions expressed by columnists are their own and do not necessarily represent the views of Townhall.com. 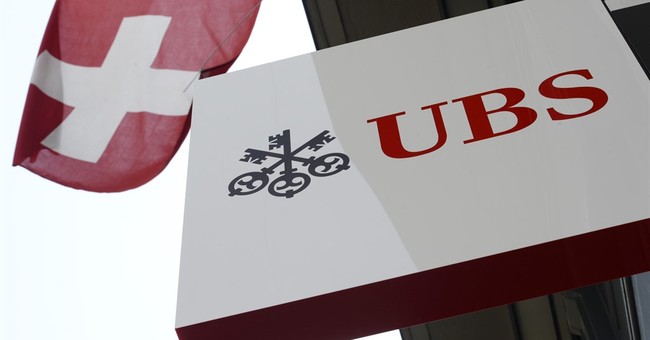 As a writer, I get a lot of pitches and stories sent to me. Somehow or another, writers end up on email lists for any number of candidates, fundraisers, causes, activist groups, etc. All those press releases and pitches can clutter up your inbox pretty quickly. And when you’ve been involved in politics for more than a couple of years, you get pitches from friends too. Not all of them work in the PR world, some just find an interesting story and have no outlet themselves to do anything with it. These aren’t scoops in the traditional sense, they’re just stories they’ve come across they think I might find interesting. As someone who writes four columns per week, does a 3-hour radio show and an hour-long podcast every day, you’re open to anything that might be of interest because you need a lot of content. That’s how I came across the story of Bradley Birkenfeld.

If that name doesn’t ring a bell, you’re not alone. It didn’t with me either. But his story did, or at least some of his story did. The rest was a bit shocking.

Birkenfeld is a whistleblower, someone who exposes corruption in either government or the business world that cost taxpayers a fortune. Through information from Birkenfeld, a former wealth manager at UBS in Switzerland, the federal government was able to recover “$780 million dollars in civil fines and penalties paid by UBS bank, and over $25 billion dollars in collections from U.S. taxpayers who had illegally held ‘undeclared” offshore accounts in Switzerland and other countries,” according to the National Whistleblower Center.

That’s a lot of money, so you’d think the federal government would’ve been very grateful to Mr. Birkenfeld. After all, The New York Times reported in 2012 that his actions led to “(t)he disclosure of Swiss banking information — which caused a fierce political debate in Switzerland before winning approval from the country’s Parliament — set off such a panic among wealthy Americans that more than 14,000 of them joined a tax amnesty program. I.R.S. officials say the amnesty program has helped recover more than $5 billion in unpaid taxes.” But gratitude is not what happens when someone exposes the wealthy and connected cheating the system.

The government gleefully recaptured all the funds illegally hidden overseas by Americans, but the Obama Justice Department…pressed charges against Birkenfeld for allegedly withholding information about one of his clients.

Why Birkenfeld would have withheld information on one client while exposing thousands of other lawbreakers doesn’t make a lot of sense to me, but it still makes more sense than him, the person who exposed this fraud, being the only person involved in the whole affair to go to jail.

None of the tax cheats were prosecuted – billionaires hiding billions of dollars in income from the IRS and only the whistleblower went to jail, or was even prosecuted. It’s the ultimate in swampiness.

It pays to be a well-connected person who can afford to “donate” to the powerful.

When she was Secretary of State, in what seems like an unusual move, Hillary Clinton herself announced a deal with the Swiss bank that gave the IRS 4,450 of the 52,000 names of wealthy Americans who’d illegally hidden money overseas. In typical Clinton fashion, the Wall Street Journal reported, “From that point on, UBS’s engagement with the Clinton family’s charitable organization increased. Total donations by UBS to the Clinton Foundation grew from less than $60,000 through 2008 to a cumulative total of about $600,000 by the end of 2014, according to the foundation and the bank.” Bill Clinton also received “$1.5 million to participate in a series of question-and-answer sessions” with a UBS executive.

The rich were protected, sheltered really, and the Clintons had a lot of money thrown their way. As always happens with the Clintons, I’m sure it was just a coincidence.

While Birkenfeld was sentenced to 40 months in jail, it wasn’t all bad. Thanks to whistleblower laws that reward people who expose fraud and corruption with a percentage of the monies recovered, after he was released from prison he received $104 million, a record amount for these types of cases (and the only part of the story I remember hearing at the time it was happening). But he’s still a convicted felon. As an American, the idea of having a conviction for exposing one of the largest fraud cases in U.S. history on your record doesn’t sit well with Brad, no matter how much money he got. So he’s seeking a presidential pardon.

According to Law and Crime, which was the link sent to me that sent me down this rabbit hole, Birkenfeld wants his record cleared. And can you blame him?

The day Birkenfeld was sentenced in 2009, President Barack Obama was golfing with Robert Wolf, the CEO of UBS, the very bank he’d exposed in this scam. The guy who exposed the crimes goes to jail, the guy who oversaw the company enabling them gets to pal around with the president of the United States.

In what is perhaps the least shocking part of this whole story, Wolf has a long history of donating to politicians, large sums of money, and mostly to Democrats. The ability to golf with the president while your company has just been exposed for enabling financial crimes against the United States doesn’t happen for just anyone, and it doesn’t come cheap.

The whole story reads like the ultimate swamp tale – the person pointing out the crimes of the elite is the only one to pay a criminal price. Sure, he’s rich now, so it’s not like he didn’t receive some semblance of justice, but he still has the stigma of being a convicted felon. With all the people pushing President Trump to pardon people like Edward Snowden and Julian Assange, someone like Bradley Birkenfeld, who actually served time rather than flee the country, would be a better use of pardon power. It’d also be a nice way to thumb his nose, one more time, at the elitists who have been allowing the rich and powerful to get away with damn near everything for decades.