Derek Hunter
|
Posted: Nov 16, 2020 12:01 AM
Share   Tweet
The opinions expressed by columnists are their own and do not necessarily represent the views of Townhall.com. 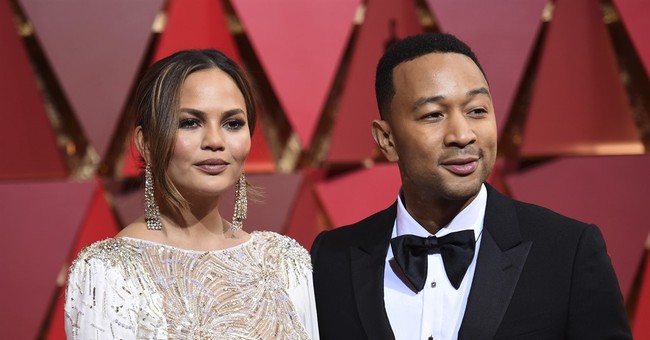 Something always struck me as odd about liberals – their love of high taxes. I always thought it had to do with their desire to punish successful people, something deeply rooted in jealousy. Over time, however, I came to realize it was something more, something deeper and deeply flawed in their understanding of the world and the idea of the concept of liberty. Democrats view government as the center of life and the giver of all good things. And that doesn’t come for free.

The other day, billionaire Mark Cuban tweeted something normal people would find uncontroversial, but since it’s 2020 and liberals exist, caused blowback from the “tolerant” left.

First, I should point out the ungodly sum of money spent on elections this year, particularly in Senate races. In South Carolina and Kentucky alone, Democrats spent $200 million. Cuban pointed out, in reference to the upcoming run-off elections in Georgia, that maybe people should consider using some of the money they’d be inclined to spend there on helping their fellow Americans.

Cuban tweeted, “For those considering donating to Reps or Dems in the Georgia Senate run-offs, can you please re-consider and donate that money to your local foodbank and organizations that can help those without food or shelter? Lets (sic) put Americans in need above Politics.”

Who could be upset by that? Turns out, a lot of people.

The chorus of freak-out was led by singer and left-wing activist John Legend. Legend replied to Cuban’s tweet with, “I get that politics is annoying and contentious, but the bottom line is that the Senate flipping would be far more impactful than a food bank donation. We need massive stimulus and aid to individuals and small businesses. Government needs to do this. Charity isn’t sufficient.”

Politics über alles – if the entire left-wing agenda can be implemented, it will be better for those going hungry than, you know, food. What do you think someone hungry would rather have, a meal or subsidized solar panels and no natural gas for every newly constructed house? What kind of monster would rather have their kids fed when they could have a fleet of electric cars to replace the gas-powered fleet that works just fine now?

Businesses have been shuttered by Democrat governors imposing COVID restrictions and lockdowns, so it’s not like there are jobs out there for everyone. The open-borders crowd thinks cutting people a check on borrowed money while granting amnesty for 22 million illegal aliens will make everything better? Yes, they do think that.

Of course, Legend has no concern over missing a meal anytime soon. He and his airhead wife just dropped $17.5 million on a new house in Beverly Hills. The “compassionate” liberal is very compassionate when it comes to other people’s money and causes that make people’s lives worse – his wife donated $200,000 to bail out BLM-ANTIFA rioters a few months back – but helping real people? That’s the government’s job.

Former celebrity spouse Tom Arnold decided the world needed his input on the issue and chimed in too. The man whose greatest accomplishment was getting a rich, famous woman to marry him without signing a prenup, tweeted, “Let me explain this to billionaire: WE are the party of feeding people. YOU are the party of not feeding people. WE will use all of our money to flip the Senate so people get all the food all the time. Thats (sic) how WE put Americans above Politics Mark Cuban.”

There is it, right there: these Democrats see government as the giver of good, of life. Not family, not parents, not individuals: just government.

Maybe they weren’t loved by their parents, or maybe their parents were losers who’d bought into the mentality embedded in them? Whatever the case, these people truly believe the government needs to provide for everyone, rather than people providing for themselves.

“The system is unfair,” they say, yet somehow, they did just fine. The vast majority of people, when government gets out of their way, do just fine, too. But people can’t do for themselves when they’re conditioned not to or told they don’t need to and shouldn’t bother because the system is rigged against them.

That’s the essence of liberalism: surrender to the government. It’s the source of their power and the meaning of their existence. No amount of money, no matter how many people in need it could help elsewhere, is enough. Government is not only the ultimate charity to the left; it is life itself.