Derek Hunter  |  Jun 30, 2019
The opinions expressed by columnists are their own and do not necessarily represent the views of Townhall.com.
Top Columns
Trending on Townhall Media 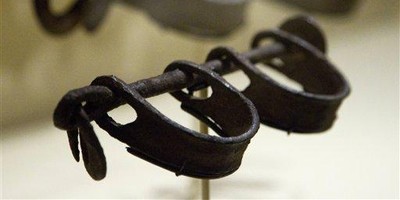 The 2020 race is officially underway. The Democratic Party had their first round of debates this week and I have never been more thankful that I’m not a Democrat. But I’m also terrified that even one of these people has a chance to be a major party’s nominee for President of the United States.

If you watched the debate, especially if you watched both nights, you probably felt like I did – like you needed one of those showers the guys in the Chernobyl had after they’d been tasked with tossing radioactive graphite chunks from the roof. After washing off the horror, I wanted to see how much of an impression the candidates, if any, left on me a day later. Some did, most didn’t. Of those who did, none were good.

Night one was a waste of time. The Democratic Party explicitly did not want to have a “kid’s table” debate, but night one was easily the undercard. With the exception of Elizabeth Warren, none of the participants are polling in double digits. I almost felt bad for Warren, with the luck of the draw relegating her to the debate with future also-rans.

But Warren was a nonentity. After getting a barrage of questions in the first hour, it was almost like she left the stage after MSNBC’s technical snafu. The only memorable moments from the first day was that three of the candidates – Castro, Booker, and Beto – pandered in two languages. Obtaining citizenship (allegedly) requires an ability to speak English, so this was pure identity politics on their part.

As for everyone else – I honestly can’t remember them. I was paying attention and, with the exception of the people I’ve named, I had no idea who the other six people on the stage were on night one. I could look it up, but the point of this column is to see if anyone left an impression and the rest, honestly, did not.

Night two was more eventful because, with the exception of Warren, it involved candidates Democrats are interested in. And with Joe Biden on the stage there was a chance for some punches being thrown. And they were.

Biden seemed confused. He called for health insurance CEOs to be imprisoned because of the drug prices and the opioid crisis, so he’d clearly confused the two industries. He also said the first thing he’d do as president would be to defeat Donald Trump, which presumably he would’ve already done if he were president.

The moment that had all the liberal talking heads drooling, when Kamala Harris played the “I was one of those girls” card on busing, struck me as obviously rehearsed. As soon as Harris said the “as the only black woman on stage” line when the discussion turned to Biden’s comments about being able to work with his fellow Democrats, I knew it was coming. Alleged moderator Rachel Maddow tried to interrupt, after Chuck Todd cowered, then insisted Harris could only have 30 seconds to say something but would get the next question. Harris ended up getting more than 2 minutes, Maddow didn’t even try to interrupt.

To put a fine point on my theory that this was planned, Harris’s Twitter account immediately sent out a picture of a young Kamala ready for school with a line about busing. That picture wasn’t just sitting around the office.

Listening to Harris talk you’d think she grew up in the segregated south, the daughter of sharecroppers. In reality, she was born to a scientist and a professor on the mean streets of California and Quebec. I’m not saying she’s lying, I’m just saying I need more information.

But even that moment isn’t the one that still sticks with me, it was earlier in the debate when all 10 candidates raised their hands saying their health care plans would cover illegal aliens. Both nights featured uniformity among the candidates in pledging to ignore our laws and open our borders to anyone who wants to be showered with social welfare programs. Taxpayers be damned.

I’ve never seen a group of candidates for any office work so hard to appeal to people who can’t vote for them. You won’t find anyone seeking to be the new Prime Minister of the UK, for example, swearing, if elected, to do all they can to make the lives of French people better. But Democrats aren’t trying to appeal to the illegal aliens, they’re trying to appeal to Hispanics by pandering to the illegal aliens. They are so invested in identity politics that they’re hoping that promising everything to illegal aliens that they will appeal to people who share a heritage with them.

What made it more bizarre was hearing an audience of American taxpayers cheer the idea of their money being taken by the government to provide benefits to people who shouldn’t be here. Many of the candidates running are from California and New York, two areas where you have to pole-vault over homeless Americans if you walk down the street and they’re being cheered for pledging to spend untold hundreds of millions on every manner of benefits for non-citizens in the name of “compassion.”

The whole thing was crazy. But not as crazy as Marianne Williamson seems.

I honestly have no idea how anyone could consider voting for any of these candidates, but millions of people will. This week we got a peek into the Democratic clown car and it was even worse than I thought it would be.