Derek Hunter
|
Posted: Jun 13, 2019 12:01 AM
Share   Tweet
The opinions expressed by columnists are their own and do not necessarily represent the views of Townhall.com. 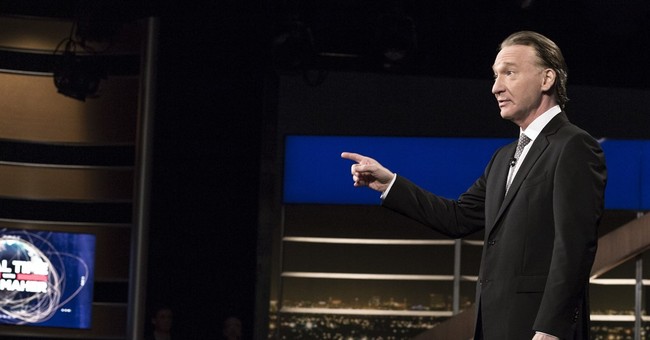 “Everything old is new again,” the saying goes. Styles, attitudes, novelties, etc., they all come back into fashion, at least for a while. The same goes for desperate political talking points, it turns out, as “progressives” dust off a tired, old trope in an attempt to scare their voters to the polls – that President Donald Trump won’t leave office if he loses.

Former comedian Bill Maher told an incurious Chris Cuomo the other day, “One of those things, to take up your point, that I've been talking about for years now - almost three years – that a lot of people are talking about now is that if he loses, Trump, he won’t go. I've been saying that since before he got elected, that if he loses the second time, if he loses the coming election –and Michael Cohen said that, Nancy Pelosi echoed, said that, a lot of people now, and I think that we have to worry about.”

See, Trump will try to seize power if he’s not reelected! Bill Maher said it and so did other people with an axe to grind, so it must be true.

What must actually be true is the memo went out on the left – spread this conspiracy theory. It’s hard to tell if these people believe it or they’re simply following orders, the groupthink left has always excelled at following orders.

But the idea is spreading, quickly and efficiently.

Wajahat Ali, a writer for the New York Times, echoed Maher’s sentiment in a series of tweets. “Y'all still think Trump will leave if he loses the 2020 election?” he asked. “You're not paying attention. You can call me hysterical and reactionary and I hope I'm proven wrong. I'll gladly eat crow.”

Curiously, like Maher, Ali used Michael Cohen to try to bolster his case. He continued, “Michael Cohen, Trump's right hand for 10 years, said the same during his testimony. Also, pay attention to Trump: deep state, everything is rigged, everyone but him is corrupt. It'll be repeated by right wing media. He's also testing out this messaging with his base at rallies.”

Because no one is as trustworthy as a guy going to prison for tax evasion hoping to endear himself to left-wingers for leniency. After years of mocking Cohen, an oafish former Trump defender, as a moron, he became a source of truth and light when he started attacking the president to save himself.

Another brownshirt seemingly happy to follow the narrative is activist Aaron Rupar. Rupar is a stenographer for the DNC at Vox, the website seeking to de-platform anyone whose thoughts aren’t pure enough for the progressive left. Their fanaticism for thought purity makes their ideological forefathers, with their Nuremburg race laws, seem tame by comparison.

Rupar tweeted, “Trump's complete denial about his low approval ratings and bad polling certainly leaves me doubting whether he'll willingly leave office if he loses next year. I can already envision the tweet in which he dismisses the election results as fake.”

All of these came within a day of each other. It’s possible they came to this idea themselves and all felt the world needed to know their delusions, but it’s more likely this is a coordinated effort to push their already paranoid followers closer to the edge. A scared or angry people tend not to think clearly or act rationally, which is necessary for Democrats and a favorite (and successful) tactic for progressives since the 1930s.

But this idea of a president maneuvering to pull some kind of coup to stay in office isn’t new. In 2007, liberal “thought leader” and former Al Gore fashion advisor Naomi Wolf wrote a book about how George W. Bush was going to do the same thing. “The End Of America,” it was called.

In an op-ed, Wolf described “10 easy steps” to fascism, the roadmap in her head showing how Bush was positioning himself to be the next Hitler and stay in power. Each of those steps are liberal tactics, oddly enough, right down to “control the press” and “harass citizen groups.”

Out of new ideas people support, they’re reverting to tactics that have always worked. But history hasn’t been completely rewritten to whitewash what they’ve done just yet.

Not for lack of trying. Watch CNN and MSNBC and you’d think fascism has a home on the right. But conservatism is about individual liberty, so the further to the right you go, the larger that idea grows. Realistically, the “extreme right” would be anarchy, if you’re being honest. Fascism falls between communism and socialism, with minimal differences between them. They all seek control, they differ slightly on focus and some tactics.

Of course, knowledge of history has no place in this discussion, and these drones are counting on ignorance as their most effective weapon. Maher continued to rant that “When the president of the United States is saying that the news is the enemy of the people – I have a dictator checklist that I read on my show sometimes; things that no American president has ever done but this president does. Appointing your family to key government positions? This is banana republic.”

Bill seems unaware, or at least hopes his followers are unaware, of the Sedition Act of 1918, pushed by progressive hero and noted racist Woodrow Wilson. Nor does he seem to remember Robert Kennedy serving as JKF’s attorney general. You can take issue with the president having his daughter and son-in-law as advisors, but that pales in comparison to having your brother protecting your philandering with interns and Soviet agents from the Justice Department. And tweeting criticism of the press is a far cry from jailing critics.

Maher knows this, or should. They all know this, or should. Yet, there they are spreading these lies because the agenda must be served. We just celebrated the 75th anniversary of D-Day, when the world defeated the Nazis. It’s much easier to defeat a physical enemy than it is an idea. The idea of fascism was not destroyed in 1945, only its practitioners. Its ideas and tactics survived, and found a new home in the American left.

Those who don’t know history are doomed to repeat it…by voting for Democrats.

Derek is the host of a free daily podcast (subscribe! Friday’s show featured a great interview with Brent Bozell of the Media Research Center, check it out here) and author of the book, Outrage, INC., which exposes how liberals use fear and hatred to manipulate the masses. It’s available now in hardcover, the paperback will be released June 18.