This Is Why We Can’t Have Nice Things

Derek Hunter
|
Posted: Dec 09, 2018 12:01 AM
Share   Tweet
The opinions expressed by columnists are their own and do not necessarily represent the views of Townhall.com. 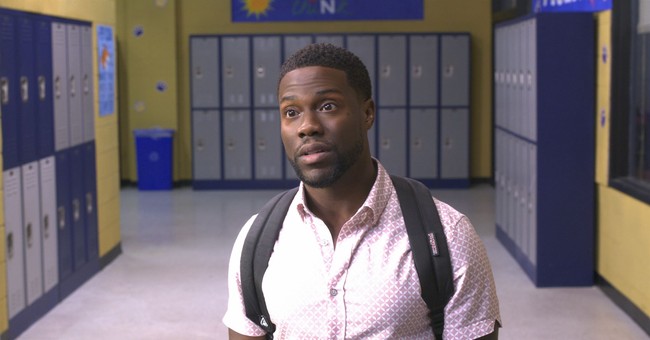 Liberals are now suffering under the heel of the monster they created to attack the rest of us just trying to mind our own business, and it’s a beautiful thing. But it’s also really sad and a sign that things will get much worse for all of us before they get any better.

Most people don’t care about the Oscars. As the ratings have shown, fewer and fewer people each year watch them. This is due, in part, to the fact that the Oscars hold so many of us in contempt – political lectures and condescension are more common in acceptance speeches than thanking a manager.

They also nominate movies based on their left-wing messaging more than their audience appeal. No one wants to sit through a 4-hour lecture celebrating movies about how oppressive, racist, unfair, unjust, nasty, etc., the country is only to be subjected to a 30 second speech reinforcing the same from someone paid more for 3 weeks’ worth of playing make-believe than the average American earns in a year.

If you set out to alienate as many people as possible, you’d be hard-pressed to create a more efficient and effective model than the Oscars have created.

That’s why it was simultaneously hilarious and sad to see what happened this week to Kevin Hart when he was announced as the next host of the program.

In less than a day, comedian Hart went from as high as person who’d just be asked to do something they’d always wanted to do, to resigning and apologizing for things he’d tweeted nearly a decade ago.

Hart did what comedians do – he wisecracked on social media. His “problem” was he used nasty language, words now deemed “homophobic.” He probably shouldn’t have, but mostly because his cracks weren’t funny.

I couldn’t care less about the use of those words, or any words. I make my living using words and grew up in the “Sticks and Stones” school of life. Unfortunately, the idea that “words will never hurt me” is being stuffed in the woodchipper of Social Justice.

The progressive left now preaches the idea that words are violence. This is absurd, of course, but they get a lot of mileage out of the concept from the dimwitted, particularly on college campuses. They aren’t concerned with actual physical violence perpetrated in the name of “tolerance,” but they are willing to raise Hell and destroy anyone who uses words they consider offensive.

While the targets of these outrage mobs have traditionally been conservatives, this mutant army of the professionally offended class they’ve created has been turning on its creators with greater frequency. And Hollywood, after championing this thought purity Gestapo, has seen its share of high-profile scalps claimed by it.

It’s been kind of amusing to watch. Conservatives even got into the act when director of the wildly successful Guardians of the Galaxy movies, James Gunn, was fired when years-old stupid tweets of his were deemed offensive. Of course they were, but so what? We’ve all said offensive things, horrible things, mean and nasty things, usually to our friends. Some of the worst things I’ve ever said were to my friends, all in jest and for a laugh, but if they’d been recorded or tweeted they’d be a Sword of Damocles hanging over my every move, haunting me as I waited for them to be discovered and weaponized to get me fired.

It’s become such an accepted part of our culture now it’s likely to be an Olympic sport in Tokyo 2020.

That’s the real problem, there doesn’t seem to be a way to stop this monster.

I always enjoy when a liberal Frankenstein’s Monster returns to their castle to destroy it – why should they get to set the rules and not have to live by them? But this is a monster that should be destroyed, no matter who it targets.

We can’t take a joke anymore, offensive or not, which makes us all the real joke. None of this ends well.

Kevin Hart’s scalp now sits atop a growing pile of scalps, pointlessly collected in the name of “social justice” or some other stupid, destructive progressive concept. Dismissively pointing out that Hart is a liberal will only give a temporary reprieve from the reality that we’re slowly committing societal suicide, but speeding up a little more every single day. And while the latest scalp is that of a liberal, the next one could be anyone’s. This is why we can’t have nice things. And if we can’t stop this destruction from within, maybe we no longer deserve them.

Subscribe to Derek’s daily podcast (it’s free!) to keep up to date on everything in the news and pick up a copy of his book, Outrage, INC., to discover how modern liberalism came to power and how to protect yourself and your loved ones from it. It makes a great Christmas gift!