Liberalism Must Be Destroyed

Derek Hunter
|
Posted: May 06, 2018 12:01 AM
Share   Tweet
The opinions expressed by columnists are their own and do not necessarily represent the views of Townhall.com. 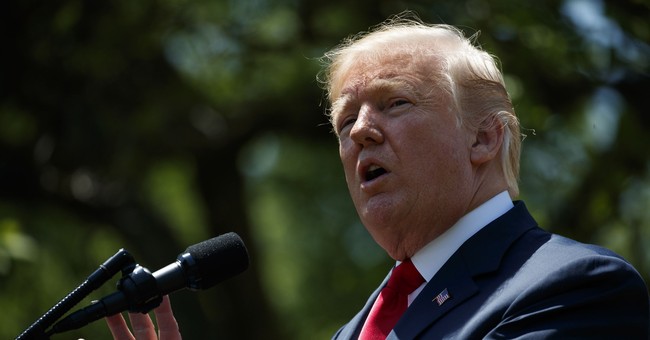 If you thought conservatives could “make nice” with liberals, that “both sides have the country’s best interest at heart,” you were wrong. This week more of the con-jobs and character assassinations the political left is attempting have been exposed, and if it doesn’t make you realize the Liberal Industrial Complex will stop at nothing to protect itself and destroy the Trump administration, nothing will.

The economic news was all good this week, though you’d barely know it if you watched cable news. The unemployment rate dropped to 3.9 percent, which means nearly everyone who wants a job can find a job. Black and Hispanic unemployment are at the lowest rates ever recorded. Turns out all those liberal predictions of doom and gloom if Donald Trump were elected president were not only wrong, they were lies.

Same goes for the predictions that tax cuts would bring about pain and suffering.

So where’s the accountability for those politicians, pundits, and journalists who fanned the flames of panic in trying to defeat both? There isn’t any. Liberals can lie without fear of accountability because the people who’d hold them accountable – journalists – are on their side.

That’s how John Kerry, the only Secretary of State whose tenure makes Hillary Clinton’s look good by comparison, can conduct “shadow diplomacy” with the world’s largest sponsor of terrorism and it not cause the outrage it deserves. When Donald Trump contradicted the Obama administration’s foreign policy positions AFTER he’d won the election, but before he took office, liberals were screaming about “Logan Act” violations. Kerry takes sides against the United States (again), and it’s just another day in the office.

But foreign policy isn’t the only area liberals are actively seeking to undermine the rule of law and the President. “You don't really care about Mr. Manafort, you really care about what information Mr. Manafort can give you to lead you to Mr. Trump and an impeachment, or whatever,” is something you’d expect Sean Hannity today. But it was actually said by U.S. District Judge T.S. Ellis III to Special Counsel Robert Mueller’s team as they sought more power to widen their investigation in search of a crime.

How can you compromise with someone who supports an open-ended investigation to see if there are any crimes you’ve committed? The specific charge Mueller was given was to see if how Russia tried to influence the election results. It’s evolved into a liberal fever dream oozing into every aspect of anyone even loosely associated with the President to see if maybe they did something that can be used against them to get Trump.

I wasn’t a big believer in the “deep state,” this push by the permanent power class in Washington trying to destroy the President because he crashed their party. But with every new bit of “evidence,” there’s little choice but to believe it’s true. Politics is a clique where party only matters around the edges. Donald Trump didn’t work his way through the ranks, pay his dues and kiss the right rings as he ascended to the White House, he stormed the gates and cut the line. He not only didn’t “pay his dues,” he beat those who did. Upsetting the apple cart is always unsettling for those who cultivate apple trees.

The power structure in Washington lost power when Trump won, so the investigations began. A year and a half later and they’ve discovered nothing. Rather than admit the obvious, they’ve shifted to digging for potential “technical” crimes in an attempt to get him for something.

But to the Liberal Industrial Complex, it’s a nightmare.

Electoral politics is their domain, their path to wealth. It’s important to keep in mind that while they scream about President Trump trying to use the White House to get rich, he was already rich. He will likely be the only person in the modern age to leave the White House poorer than he was going in. Meanwhile, the Clintons and Obamas went into “public service” as people of relatively modest means and amassed generational wealth in and after leaving office. Who’s corrupt again?

Donald Trump’s biggest, non-personal sin was winning. And for that, they’re trying to destroy him. And they’ll destroy anyone and everything that stands in the way of doing that, even the country, if necessary. They have the infrastructure to do it, the accomplices, and the will to do it.

Which is why they have to be destroyed first.

This week was a stark reminder of the importance of having judges who are interested in the rule of law and the Constitution, not advancing a political agenda. That’s what is on the ballot this November. While the idea of beating back the liberal mob in the fields of science, journalism, and Hollywood is appealing and important, those are but the tentacles of the monster. The ballot box and confirmation votes in the Senate are the only way to truly destroy liberalism. I just hope we destroy it before they destroy everything.