Sucking the Joy Out of Everything

Derek Hunter
|
Posted: Sep 14, 2017 12:01 AM
Share   Tweet
The opinions expressed by columnists are their own and do not necessarily represent the views of Townhall.com. 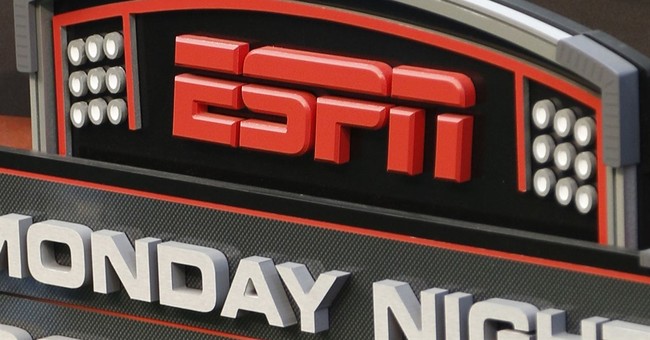 Remember when people used to let things go? When people would just get along, not hunt for secret meanings behind actions and ways to be offended for the sake of being offended? Thanks to the progressive left that day is done.

These guys suck the joy out of everything. The simple things, the complex things – everything is now fertile ground for being offended, for outrage, for an opportunity to attack Republicans, especially President Trump.

Being a victim is now a coveted status on the political left, so liberals aspire to it by creating asinine things such as “microaggressions.” A microaggression, for the sane among you who haven’t heard of this form of self-martyrdom, is an affront (racist, sexist, homophobic, pick your liberal trope) so small neither the person committing it, nor the person on the receiving end of it, can notice it.

Yes, there is such a thing, and it’s sweeping across the country and destroying college campuses as you read this. People going $150,000 in debt for degrees in gender and race studies, which will come in handy only if they go into teaching worthless gender and race studies to others, are learning to be offended by ghosts or even on behalf of someone who wasn’t even there when the “offense” took place.

This fetishization of victimhood and the desire to make everything political is ruining what should be an important, and importantly fun, time in people’s lives.

We are raising a generation of young people who aspire to be miserable. It makes them happy. Or at least what they consider happiness to be.

Everything is political, and in liberals’ minds everything political is awful thanks to Donald Trump.

Sports used to be a refuge from life, a distraction from whatever your day was. A chance to turn off your worries and watch some high-level competition and get the world out of your head for a short while. Not anymore.

In the latest example of left-wingers ruining ESPN’s appeal and ratings, the co-anchor of the network’s 6 o’clock version of Sports Center, a woman named Jemele Hill, went on a Twitter rant declaring Trump a “white supremacist.” Liberals have evolved from calling someone they simply disagree with a racist to calling them a white supremacist. It must’ve tested higher in focus groups.

Then there’s the declaration liberals often make that if you don’t agree with them, if you don’t see things the way they see them, you’re part of the problem. “The height of white privilege is being able to ignore his white supremacy, because it's of no threat to you,” she tweeted.

The attitude is a long-standing left-wing tradition from the, “If you’re not part of the solution, you’re part of the problem” school of enforcing groupthink. Unless you’re George W. Bush and you say, “You’re either with us, or you’re with the terrorists.” Then you’re a monster in their eyes.

As if ruining sports weren’t enough, our “social justice warrior betters” once again couldn’t contain their existence and had to insert politics into their compassion too. The Hand-In-Hand telethon to raise money for hurricane victims started off with Stevie Wonder declaring, “Anyone who believes that there’s no such thing as global warming must be blind or unintelligent.”

That was about a minute into the show. This is what happens when people spend their adult lives never hearing a dissenting opinion or the word “no” out of the mouth of anyone they’d actually accept it from.

And if beauty pageants are your thing, Miss America this year featured five questions for the finalists that were decidedly either anti-Trump or anti-fun. There was a question blaming Trump for Charlottesville, wanting to remove Confederate statues, slamming the president for pulling out of the Paris accords, implying Russian interference won him the White House, and finally declaring youth football public enemy No. 1.

Maybe drum-circling, not showering, and urinating into a balloon so you can throw it at police is just euphoric fun, but I’m content to never know. If they aren’t, it means members of the political left lead joyless lives devoid of the things that make life worth living.

And that’s fine. I couldn’t care less if someone sees being miserable as the key to happiness. My problem with them is they aren’t content to suck the joy out of their own lives or to wallow in the bed of misery they’ve made for themselves alone. They want to use force and the power of government to drag everyone else into it with them. For me, that’s a hard pass.