Derek Hunter
|
Posted: Aug 06, 2017 12:01 AM
Share   Tweet
The opinions expressed by columnists are their own and do not necessarily represent the views of Townhall.com. 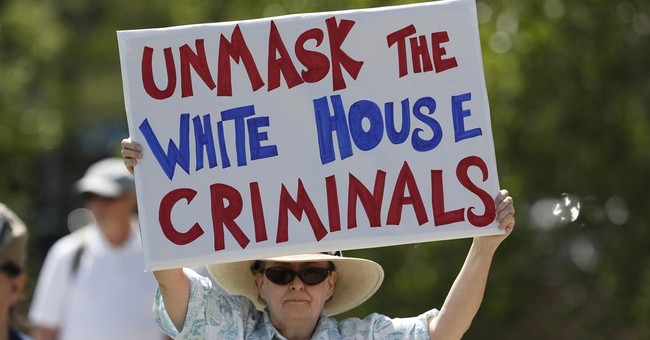 From the moment Hillary Clinton lost the 2016 election, a plan was hatched to blame Russia for her historically epic loss and use it to hamstring Donald Trump’s presidency.

Always a hive-mind, Democrats in and out of the media could be counted on to do their parts, and they’ve done just that. But what started out as a few near-riot protests to keep their base angry has morphed into a slow-rolling coup.

The book “Shattered” documented how the Clinton campaign was not interested in an autopsy, it had a plan:

That strategy had been set within twenty-four hours of her concession speech. Mook and Podesta assembled her communications team at the Brooklyn headquarters to engineer the case that the election wasn’t entirely on the up-and-up. For a couple of hours, with Shake Shack containers littering the room, they went over the script they would pitch to the press and the public. Already, Russian hacking was the centerpiece of the argument.

From that, the idea that horrified Democrats during the campaign – that one of the participants would refuse to accept the election results – became an accepted, forgotten fact and the first salvo in what would become a sustained war against the duly-elected president.

Since that meeting, the media dutifully has gone over and above its duty to the cause. After eight years of slumber, print and cable news “journalists” became “woke” to the cause and blew past reporting to a level of propaganda activism that would make Leni Riefenstahl tell them to pump the brakes.

There has been enough embarrassment to go around, but none have beclowned themselves more than CNN’s Jim Acosta. He spent a month whining about not having the cameras on in the press briefing room to capture his antics and add to his sizzle reel so he could get his own show. Then, he showed himself to be the Forrest Gump of the press pool when he equated a poem written to raise money to build the base of the Statue of Liberty with actual law. He then proceeded to congratulate himself, repeatedly, for his performance.

But the media isn’t just a clown show of correspondents fumbling basic facts and shunning logic in its progressive pursuit of a new Nixon. It’s the PR wing of the Democratic Party’s “resistance.” No story is too absurd, no leak too damaging to the nation’s security not to publish. After years of repeating Obama administration spoon-fed talking points, they media now gleefully reports anything that might damage the Trump administration for that sake alone.

The Washington Post published complete transcripts of President Trump’s phone conversations with the president of Mexico and the prime minister of Australia. There was no news value in them; they simply took out portions to present out-of-context to embarrass the president. That was enough for the Post to stop its presses, but it is a decision that will do real damage to the presidency and the country.

What world leader would have a candid or sensitive conversation with any president if there’s a possibility, and in the case of Trump a probability, of their words appearing in print at some point? Information will not be conveyed thanks to the Post, which couldn’t care less because it got clicks.

There has been a wiping aside of journalistic standards in the pursuit of Trump, with many stories needing corrections and even retractions. All that’s missing is the shame, but that’s nowhere to be found.

On top of all this, the former FBI Director James Comey leaked information to the media for the express purpose of damaging the president. Even if you think he didn’t deserve to be fired for his job performance, that he is the type of person who would do that is evidence he should’ve been shown the door.

Special Counsel Robert Mueller, kindred spirit and close friend of the former FBI director, has picked up where Comey left off in investigating the president and, apparently, anyone ever associated with him.

With a small staff of only a few dozen lawyers and FBI agents, this man, routinely described by journalists and DC insiders as having the highest integrity, is overseeing an office leaking like a popped water balloon. He could stop them, if he wanted to, but information about his office not being in the news doesn’t hamper the president, so…

Meanwhile, every news outlet repeatedly covers every rumor as if it a.) matters, and b.) is true. How many times have you seen Democrat Congressman Adam Schiff on TV? His existence is to imply the hell out of wrongdoing by the White House, then retreat to his safe space of “I can’t comment on that” when pressed for specifics or proof. He literally brings nothing beyond narrative-enforcing spin, and the media treats interviews with him as important and his words like he’s a burning bush.

All of this is done to hinder President Trump’s ability to get anything done.

In typical fashion, spineless Republican leaders are keeping their distance and shying away from calling garbage what it is.

Republicans have a once-in-a-lifetime opportunity to pass legislation they’ve sworn they ran for office to pass – on health care, taxes, immigration, regulatory reform, shrinking government, the budget, you name it. And they’ve done next to nothing – aside from playing along with the attacks on Trump or remaining silent.

It makes you wonder what the point of winning was. Because it sure wasn’t to stand idly by while the left-wing political and media machine pinned down the president.

I don’t know what Mueller may or may not find. It’s impossible to know what people with virtually unlimited means can find when they set their minds to finding something no matter what.

And I don’t know what the next media story will be – it’s impossible to predict the future when people are less bound by reality than a narrative. Whatever ends up happening there, one thing is for sure – the “resistance,” as it likes to call itself, is conducting a coordinated, slow-rolling coup against President Donald Trump.

The story won’t be that Trump was forced from office so much as it will be that Republicans let it happen. Which is just what the Democrats were counting on.