Derek Hunter
|
Posted: Mar 23, 2017 12:01 AM
Share   Tweet
The opinions expressed by columnists are their own and do not necessarily represent the views of Townhall.com. 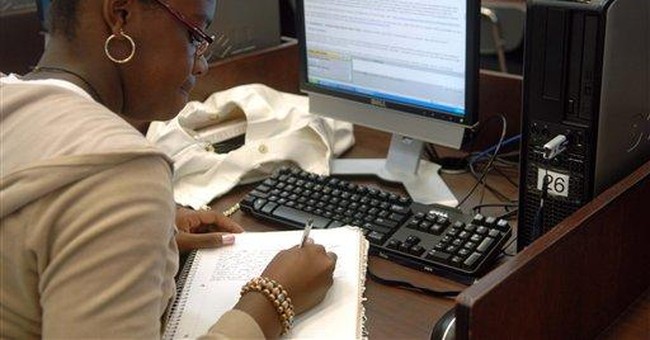 The answer was simple – there is no number. They’ll never care because they’ve hitched their fate to the prospect of legalizing illegals and winning their votes. But the problem they back-burner for political gain still smolders, and last week it claimed another victim…all in the name of “progress.”

Montgomery County, Md., is one of the richest counties in the country. It’s also an extremely left-wing progressive county that prides itself on being “welcoming,” which is liberal code for a sanctuary county. The sanctuary status is not official, according to county leaders. They pretend they aren’t fully on board with sanctuary policies because they don’t want to lose federal money, but they are.

That unofficial status pushed the city of Rockville to out-liberal its county and push to put their sanctuary status on the books, taking steps in that direction just two weeks ago.  A new horrific crime may put that dream on hold.

Last Thursday, a 14-year-old student Rockville High School allegedly was forced into the boys’ bathroom and violently raped by two of her fellow freshman students. Those student were not typical students, they were grown men – ages 17 and 18.

Why were two men old enough to join the military in the 9th grade? Because they were assigned freshman status by the “welcoming” schools, no questions asked.  At least one of the men, 18-year-old Henry Sanchez, is in the country illegally. As for the other, 17-year-old Jose Montano, officials won’t comment on his status because he’s underage.

This 14-year-old girl had to share her classroom with two grown men who had no business being in the country, let alone the school, in the name of tolerance.

That tolerance, as is always the case with leftists, is a one-way street.

After Donald Trump won the election, Montgomery County students staged a walkout protest against the incoming president. The Washington Post reported students were chanting, “No hate, no fear, immigrants are welcome here.” Where do you suppose they got the ideas behind that?

In February, the Montgomery County Council sought to reassure residents – liberals and illegals alike – they would protect those here illegally, particularly when it came to the schools. “We cannot allow people to be so fearful that they keep their children away from school because they’re afraid their children will be taken,” Council President Roger Berliner said. He also said, “Bad things happen.”

Since the alleged attack, many politicians went silent. Weird, right?

Yes, statements were released, but that’s been about it. The superintendent, Jack Smith, assured parents the alleged horrors committed “do not represent the positive values of our students and school communities.”

Smith concluded, “The safety and security of every student in our district is our top priority and a responsibility that we do not take lightly.”

Nothing on why men old enough to graduate – who don’t even speak English, according to reports – were put in classes with 13- and 14-year-old girls.

School principal Billie-Jean Bensen sent a letter to parents that read, in part, “Ensuring a safe, secure and welcoming learning environment for all of our students is our top priority.”

Again, the safety of students cannot be a “top priority” when you’re putting grown men, whose background could not have been checked for criminal history, in classrooms with children. Principal Bensen’s priority is exposed in the “welcoming” part. Why else mention it under such awful circumstances?

When politicians and activists put the comfort of illegal aliens ahead of the security of Americans students, something is fundamentally wrong.

Principal Bensen concluded her letter by adding, “Please remind your child that if they believe they are a victim of an assault or see something inappropriate, they should immediately tell a staff member.” It’s clear the Montgomery County power structure is circling their wagons to cover their own asses. And that grammar is not a priority.

If they were serious about protecting kids, administrators wouldn’t put adults in with freshmen and wouldn’t allow illegal aliens, whose backgrounds and history cannot be verified or even checked, anywhere near children.

Montgomery County recently hiked property taxes by 8.7 percent in part to address the extremely high cost of educating illegal alien students who don’t speak English. Sanctuary already had a cost. Last week, that cost went higher than the civilized mind can comprehend. For progressive liberal Democrats, there is no cost too high. If your children suffer horrendous, unspeakable acts in the name of “tolerance,” so be it.