Words Matter, Or At Least They Used To (And Need To Again) 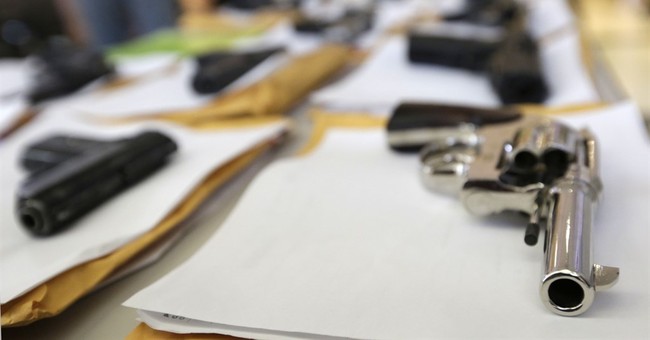 Technology has made life immeasurably better. We now have the sum total of human knowledge in our pockets and at our fingertips. This connectivity has made communication much easier – we can now reach anyone at just about any time.

Ironically, the largest impediment to human-to-human communication is not the technological barriers that have been erected, but we humans ourselves.

There was a time, or so I’m told, when a handshake or someone’s word was enough. Communication was unambiguous. A deal was a deal.

Leave it to people to screw up that simple societal bargain.

You can Google just about anything, but what you might find may well be deliberately incorrect.

The examples are legion, but I’m going to focus on one. I make my living with words – in writing and on my radio show. Those words must have meaning for us to be able to convey ideas and information. There was a time when the meaning of words was clear, which made communication easy. Then, the Clintons came along.

Before, when someone said something demonstrably false it was universally acknowledged as a lie. Political spin was always around, but only those on the payroll declared up to be down, even after gravity cast its vote.

But then Bill Clinton challenged the meaning of “is.”

Clinton knew what the lawyers were asking him when he perjured himself about his affair with Monica Lewinsky, but he also knew he could get away with it. The media would side with him because most were on his side, so he could lie with impunity. And he did. And the media did.

The media always has been a powerful tool of manipulation, but in the United States there was something called journalistic standards. These “ethics,” which once favored informing the people of the goings on in their world, are now dead.

The latest example of Clintonian manipulation of language can be found in the coverage of the mass-murder that took place in Oregon last week.

A monster I will not name wounded and murdered students because he was evil. But the story is being manipulated to be about the instrument of his evil actions, not his evil.

It’s understandable his father would blame guns; people tend to externalize when true blame most likely can be found in a reflective surface. But the media is not there to second-guess how the parents could have missed the signs their child was slipping into evil. It simply is supposed to report what happened.

But, in its reporting of what happened, a key word was bandied about, perhaps subconsciously, to manipulate the public.

Nearly every story about the murders refers to the killer as the “shooter.” He’s not a shooter – someone who goes to a range and takes target practice is a shooter – he’s a murderer.

But the word “shooter” plants a seed, a seed about the gun. A gun doesn’t kill someone while sitting on a table or being locked in a safe. Someone has to pick it up and deliberately pull the trigger. Just like a car doesn’t drive a drunk into a tree, a gun requires someone to use it for evil for it to become an instrument of evil.

The uniform use of the word “shooter” equates anyone who has gone to a shooting range with a monster who murdered innocent people. The message is subtle, but clear: You don’t want to be like that monster, a shooter, do you? Then stay away from guns.

It’s not Earth-shattering, it’s not going to set off a light bulb over anyone’s head and send them running from anyone who’s ever fired a gun. But it is a manipulation. It transfers some of the responsibility to the gun, absolving the monster killer to some degree.

The objective is to demonize guns. There is only one place from which blame can come – the person who used what would otherwise be a paperweight to kill people. So, to shift some blame to the gun, some must be chipped away from the murderer.

By calling that monster a “shooter” rather than a killer or murderer, it implies the inanimate object is partially to blame. “He was just a ‘shooter;’ without the gun he would’ve been just a lonely loser.”

But this now-rotting-in-Hell creature wanted to kill. If he didn’t have a gun he would’ve used a bomb or a knife or a baseball bat or poison or something else. He was evil, and he was determined to commit an evil act. No guns were used on Sept. 11, 2001; evil people were simply committed to doing evil.

Word choice may not seem like much, but it matters. Subtle manipulation is still manipulation. Progressives are playing the long con on every front. It won’t matter today, but it will matter if it’s not dealt with now. Marriage used to have an unambiguous meaning, as did racist. Not anymore.

If the meanings of words are allowed to become situational, if they can be conflated with others, it will have an impact. We’ve already gone from someone’s word being their bond to a need to “get it in writing.” That writing won’t be worth the paper it’s printed on if “is” doesn’t have a meaning.