Scott Walker, The GOP And The Fool’s Gold In Iowa 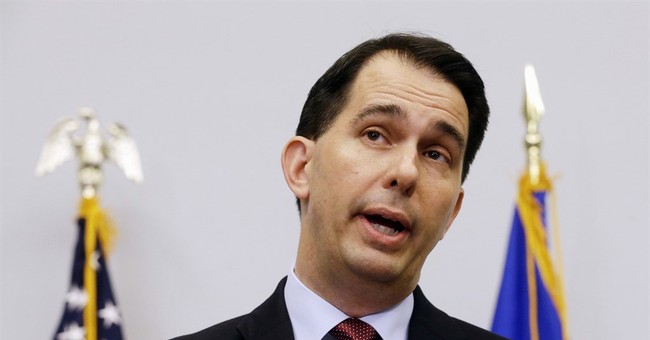 I liked Scott Walker, I really did. I still do. His record of accomplishment as governor of Wisconsin is unrivaled, both by his fellow governors and by its success. That being said, he was a horrible presidential candidate.

Still, Walker dropping out of the race so early came as a shock to the political world. He’d been the frontrunner most of the spring and summer. But once he started to slide, as all early frontrunners do, he seemed lost as to how to stop it.

The Walker campaign had a lot of problems, and every one of them was self-inflicted. A lot of pundits say the emergence of Donald Trump killed the Walker campaign. It did not. Scott Walker’s campaign failed because he, like many before him, drew his line in Iowa.

Iowa has a lot of allure for Republican presidential hopefuls. It goes first and starting strong “feels” like the right way to win. It’s rural, so a limited government appeal will work with people who simply want to be left alone by Washington. It’s a caucus, so you need dedicated supporters willing to put in some time to have their votes count.

The last point is true, but it costs a lot of money, which helped kill Walker. The first two couldn’t be more wrong.

Iowa is the fool’s gold of Republican politics.

Remember President Mike Huckabee’s tenure in the White House? How about President Rick Santorum? They won Iowa in 2008 and 2012, respectively, and lost the nomination. Dole at least won the caucus and the nomination in his 1996 try but was beaten soundly in the general election.

Iowa is the race you don’t want to win. It may seem like a sprint, like you have to hit the ground running. But this isn’t a 100-yard dash; it’s a marathon. The fastest person off the starting line is rarely the first one across the finish line.

What Iowa should be is a place for candidates to get their sea legs and get used to the scrutiny that comes with campaigning on a bigger stage than they’ve ever been on before. It helps weed out candidates but usually only candidates who decree Iowa their “make or break” state. Walker did just that.

All the time and money Walker spent in Iowa was wasted. Not just because he’s now out of the race, but because it wouldn’t have mattered.

Iowa voters, as history shows, are not indicative of Republican voters throughout the rest of the country. They like subsidies. No, they LOVE subsidies. If you don’t support tax dollars for ethanol forget it.

That doesn’t sell with conservatives outside of Iowa. Candidates are left with a political dilemma – sell out conservative principles to appeal to voters in a state you probably won’t win in the general election, or tell a bunch of Americans you want to derail their gravy train and ensure you won’t win the state in the general. They can’t win, and they shouldn’t play.

Scott Walker put all his eggs in the Iowa basket.

Where Iowa fails, New Hampshire succeeds. Although not a perfect indicator, the Granite State picked non-incumbents Reagan in ’80, Bush in ’88, McCain in ’08, and Romney in ’12. Winning Iowa doesn’t help win anything else; winning New Hampshire, or even performing well, does.

Walker’s campaign spent a lot of time and money in Iowa, appealing to Iowans on issues Iowans care about. Although there is a Venn diagram overlap in what Iowa caucus goers and the following primary state voters care about, it’s a small group. By focusing on Iowa, Walker ignored the rest of the country. The rest of the country noticed…or, more precisely, didn’t notice Scott Walker.

Then, as always happens, Iowans noticed someone else, Walker’s support dried up, the basket was gone. And now, so is Scott Walker.

The shiny appeal of Iowa now will set about seducing its next mistress, who will spend a lot of time and money trying to seduce caucus goers – and perhaps will. If you have a favorite candidate left in the race, you’d better hope he or she can resist the allure of that fool’s gold.