Requiem For The Truth 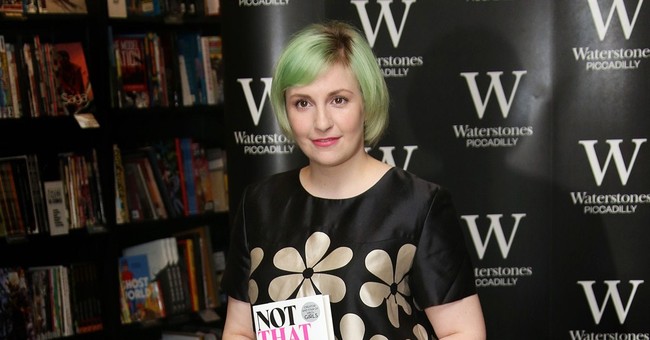 Remember the truth? Not “the truth,” but “truth”—those irrefutable realities that were backed up by facts. The old “2 + 2 = 4” sort of truth about which there was no debate. It’s now dead.

Truth, facts, honesty – these were all, individually and collectively, important aspects of human life and society. Now they’re inconveniences, brushed aside in favor of whatever narrative someone is seeking to push.

Want to pass a major government seizure of one-sixth of the U.S. economy? Cook the books, lie to the people and tell them if they’re happy with what they have now this new law won’t affect them at all. Call them stupid, and gleefully admit how you fooled them. Maybe you have to do a public mea culpa at some point, but who cares? The damage is done, you’ve “won,” and the voters can’t touch you again or your tenure will protect you.

That politicians and the parasitic class who service them for exorbitant fees lie is as shocking as the wind blowing or water being wet. It’s the fact that this casual attitude toward the truth has metastasized into other aspects of life, areas where it’s completely unnecessary from any practical standpoint that is the problem.

Hollywood darling Lena Dunham is a ratings disaster. Were her show “Girls” on a network dependent upon ratings rather than subscribers, it wouldn’t have made it past episode 3. But this child of privilege, born into old money, isn’t burdened by such things as results. Her only concern is the execution. And an execution is what she did in her “memoir,” the word for “autobiography” when it comes from pampered elitists.

In her book, Dunham wrote how she was raped by a man named “Barry.” Only she didn’t use the quotation marks. Nor did she, as she had elsewhere in the book, say she was using a pseudonym.

National Review’s Kevin Williamson spoke to the a man named Barry who fit Dunham’s description – a conservative at liberal Oberlin College who worked in a library, etc. – and wrote of how his life had become hell. Barry, it turns out, was the only person named Barry at the school during that time, so not only was he the natural suspect, he was actually THE named suspect, for all intents and purposes.

Dunham tweeted in response to the Williamson piece but never mentioned the man under siege by her reckless allegations. Six weeks later. Six full weeks.

Breitbart’s John Nolte, doing the Lord’s work, conducted a month-long investigation into the story. He looked into just how much of Lena’s accusations point to this real-life Barry, whose only crime seems to have been being a conservative she knew of, and she’s no fan of conservatives.

After Nolte’s work, Dunham’s publisher released a statement saying “Barry” was a pseudonym and offered to pay legal bills the real Barry incurred while trying to clear his name (his name was easily discoverable through an Internet search). Barry’s lawyer said a press release wasn’t nearly good enough, so Dunham herself, who could’ve cleared this man with a simple tweet 42 days prior, had to write a post for Buzzfeed to apologize.

O.K., it wasn’t an apology; it was a “nailing herself to the cross as the real victim in all this” piece.

In the 1,259 words she, her publicist, her publisher and her lawyers wrote, only 40 pertained to her siccing her sycophantic lynch mob on an innocent man. They are: “To be very clear, “Barry” is a pseudonym, not the name of the man who assaulted me, and any resemblance to a person with this name is an unfortunate and surreal coincidence. I am sorry about all he has experienced.”

Never again is he mentioned, nor is any explanation proffered as to why she refused, like a child throwing a tantrum, to clear this innocent man whose life she knew she’d turned upside-down. That was it—40 words out of 1,259.

The rest of her piece is a self-serving victimization gambit. She refers to herself as a “survivor” and says “But I don’t believe I am to blame.” Well, whether she was “sexually assaulted” (her words) or not is irrelevant (that’s now why she wrote the piece), she became the aggressor against an innocent man and knowingly did nothing to alleviate the pain she was fully aware she was causing.

The real, innocent Barry has a hell of a lawsuit waiting for him, if he wants it, and I hope he does.

The truth in the Dunham case is long since lost and irrelevant considering her acknowledgement that the “truth” she wrote about wasn’t true at all. James Frey had his “autobiography” recalled when it was discovered he wasn’t exactly telling the truth in it. Now Dunham has a team and a publishing house standing by her side to say the truth is relative.

Dunham’s problems with the truth aren’t unique to her. Rolling Stone saw its “blockbuster” story about the prevalence of rape on college campuses collapse under the weight of the most basic scrutiny. Seriously, entry-level blogger fact-checking scrutiny. The magazine since has apologized for smearing an entire fraternity with an awful and depraved story of gang rape, but feminists were outraged.

Feminists, it seems, don’t need facts when it comes to rape allegations against more than a half-dozen men – the allegation is enough.

“Jackie,” the woman alleged to have lied to Rolling Stone, told a tale too good to verify. It hit all the narratives progressives want to believe – rape is rampant, victims are victimized again by society, schools and friends, and fraternities are evil (kinda agree with that one) – so making sure she was, you know, telling the truth, seemed immaterial.

It’s the same mentality that finds thousands of uninformed people chanting “Hands up, don’t shoot” when a simple Google search could educate them to the fact that Michael Brown never made that gesture.

The lie, the known anti-truth, has become the chosen currency of a growing number of people in the United States. From the White House to Main Street, lying to advance a cause or narrative is now an acceptable tool to achieve a goal. And seeking the truth, no matter how unpleasant or unfortunate, is the new enemy.

In the meantime, real victims of sexual assault and racism will be made to suffer. Real victims will be hesitant because others cried “wolf” and a tone-deaf nation sick of being lied to will dismiss them as just another whatever.

In trying to advance a cause, or sell a product, or stir civil unrest and division, real, honest-to-God liars are harming real honest-to-God victims of the causes they claim, above all, to care about.