The President’s Own Arrogance Bites Him On Bergdahl 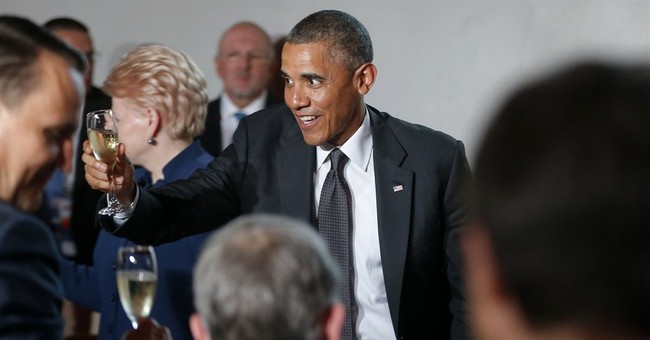 The trade of five of the vilest human beings on the planet for an alleged Army deserter may well have been a necessary evil – Americans don’t leave soldiers behind – but the lies behind it were not. The swapping of terrorist prisoners for a soldier would’ve been a simple story had the President of the United States not needed a distraction from his latest problem – the nearly forgotten Veterans Administration health care scandal – and to feed his ego. The President’s arrogance has hurt him yet again.

You can debate all you want over the virtue of the deal, others have and will, but the way it was handled was a failure of near Obamacare proportions.

The deal was awful, but it was also probably the only one the Taliban was going to accept. They had time, Bowe Bergdahl allegedly did not. Had the President simply announced the deal with a statement along the lines of “I understand this deal is a bad one for America, than it’s likely these men will return to their terrorist ways. But it’s the best deal we could make and we have a moral obligation to get him back. Sgt. Bergdahl has some questions to answer, and may well face charges for his actions. But he’s coming home because the United States does not leave any soldiers behind.”

If that was all the President said, or better yet in a written statement, this wouldn’t have been a story. But political reality and his ego could not allow that to be the narrative.

The President announced the deal not only personally, but in a Rose Garden ceremony with Bergdahl’s parents there for maximum emotional impact. The reality of Bergdahl’s service was not only ignored, it was lied about.

National Security Advisor Susan Rice was once again dispatched to a Sunday show to inflate the President’s actions and quell any controversy, saying Bergdahl “served the United States with honor and distinction.” Much like her last Sunday show appearance meant to quell controversy, it only made things worse.

Why was Rice or anyone dispatched to sell the swap of five terrorists for one military deserter? Because the President needed a victory of some sort and a distraction from the VA scandal. He got the later, veterans suffering and waiting for promised health care is gone from the front pages and nightly newscasts, but the former didn’t work out so well.

The problem, as seems to always be the case, is the administration over promised and under delivered. Bergdahl was a hero in need of rescue, not simply an American held by our enemy. He served with honor, not a man who walked away from his duty and cost the lives of his brothers in arms in a desperate search to find him.

The truth wouldn’t have reflected well enough on Barack Obama, so it had to be finessed, massaged, bastardized into an unrecognizable story worthy of Hollywood.

The lie that Bergdahl was simply a soldier being held by our enemy, a hero who, through no fault of his own, found himself a prisoner of war, was too much for our soldiers who knew the truth to stand. They had to speak.

Had those who served with Bowe Bergdahl kept silent, the twisted lies of the Obama administration would only have been told on conservative blogs and in passing mockery on MSNBC. But because those soldiers, our best and bravest proving that title once again, refused to stay silent, the media can’t ignore this story. And progressives, as much as they’d love to, can’t attack them. It’s an election year, and it’s now a very public rebuke of the White House’s narrative; to attack soldiers who lost friends searching for a possible deserter wouldn’t bode well for Democrats come November.

That this is the best progressive Democrats could muster tells you just how absurd the lie was. Which returns us to the question of why make it in the first place? Especially when the truth would’ve sufficed. The only answer is arrogance – the legacy must be padded. If this lie is the length to which the President’s minions will go to pad his legacy, well, that tells you just how bad they know it to be.