The Problem With Libertarians 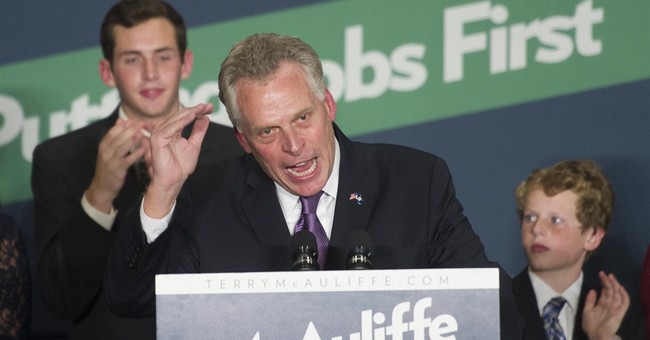 The word no longer has any meaning, no definition or parameters, certainly no coherent philosophy to speak of. And there’s no one to blame for that except Libertarians themselves.

By not even loosely defining the parameters of a set of beliefs, Libertarians allowed their brand – as it was – to be hijacked by anyone willing to wear the label. They went from the movement for individual responsibility, small government and free markets to a gaggle of misfits who want pot and prostitution legalized and a total non-interventionist foreign policy.

That pretty much sums it up.

Honestly, what does being a Libertarian mean beyond legalizing drugs, banging hookers and sitting by while the rest of the world blows itself up?

The great Reason magazine is a wonderful publication filled with great articles, solid journalism you won’t find elsewhere…and a voice that does little more than complain.

Reason is great at highlighting abuses by every level of government, stories ignored by other media outlets. But you won’t find much in the way of philosophy or solutions. (There’s some, it just doesn’t seem to be a focus.) They preach to the choir, and it ends there.

I love the Cato Institute and have a lot of good friends who work there, and they do offer some good solutions. They just refuse to do anything about them. Cato has a deserved reputation for refusing to play nice with anyone else. When was the last legislative “victory” spearheaded or introduced by Cato?

What Libertarians do exceedingly well is sit on the sidelines, arms folded, and complain. No idea was ever put into action by complaining that it wasn’t so, yet that seems to be the Libertarian modus operandi.

On election night 2008, I was at a Reason/America’s Future Foundation (another Libertarian group) election night party in a Chinatown bar in DC. The results of the election were a forgone conclusion, so what better way to mark the night than with a few drinks and friends. Hell, the band played as the Titanic sank, so why not imbibe a bit as the nation hit the iceberg?

It’s not like anyone was thrilled to vote for John McCain that day. But as bad as McCain was (and still is), he was better than Barack Obama. At least that’s a conclusion you’d expect anyone who supported liberty to draw.

Yet that night, as each state was declared for Obama, cheers rose from the crowd. When Obama won Ohio, you would’ve thought you were in a bar in Green Bay and the Packers had just won the Super Bowl. High-fives and laughter filled the room.

It wasn’t as though these self-described Libertarians wanted Obama to win. Well, actually, many of them did. But the majority of them wanted McCain to lose. They wanted Republicans to lose. Their victory was to let the country lose, to get that smug sense of self-satisfaction they were feeling.

In the years since, that attitude has only grown. And what it means to be a Libertarian has blurred even more than before. So much so that a “Libertarian” candidate for governor in Virginia – many of whose views would disgust “real” Libertarians – pulled 7 percent in a race decided by much less pretty much solely on the strength of his party ID.

Libertarians have devolved from the pro-liberty wing of the right side of the ledger to the annoying kid who, when he doesn’t get 100 percent of what he wants, takes his ball and goes home. The team he agrees with more than half the time loses to the team he barely agrees with at all, and he cheers while marinating in his smugness.

Perhaps the best-known of the bastardized self-definition of Libertarian is Bill Maher. Maher is a Libertarian like David Ortiz is a world-class sprinter. But with a definition as firm as a bowl of Jell-O, there’s no one to say he isn’t.

In his largely ignored HBO show, Maher labels himself a Libertarian. On the Internet, a lazy, compliant media perpetuates that label, and soon it becomes accepted fact. In reality, Maher doesn’t have the first clue about the virtues of individual liberty, nor does he possess any love of a Libertarian philosophy beyond wanting to smoke weed and bang hookers.

But who’s saying he’s not a Libertarian? Who challenges his claim in any public and sustained way? No one.

So the progressive pap that slips past his bleached teeth and onto the Internet is associated with, and is becoming, Libertarian orthodoxy with a new generation of confused people.

Grover Norquist, President of Americans for Tax Reform, famously tells the story of how Maher came to his Wednesday Meeting once and made his Libertarian claim, then proceeded to rant of how government needs to do this, that and the other thing. And they need to raise taxes to pay for it all. Grover, in a room of 150 people, ask Maher, “So you’re from the pro-high tax wing of the Libertarian movement?” Everyone in the room laughed hysterically, except Maher. He didn’t get it. At least it didn’t seem like he’d gotten it, but maybe he did. Maybe it was everyone else in the room who didn’t get it.

Thanks to Maher and his ilk, the term Libertarian does now come closer to what he thinks it is than it used to. If prominent Libertarians and Libertarian organizations continue to accept through silence this bastardization, it will continue to intensify. If they continue with their “my way or the highway” approach to electoral politics, their 100 percent-or-nothing purity tests, I’m not sure there will be anyone except them left to give a damn.

The Virginia gubernatorial race wasn’t lost by Ken Cuccinelli. It was lost by the GOP establishment. The national party took their ball and went home early, leaving the Republican candidate astronomically outspent. Even with that disadvantage, he barely lost. Say what you will of Michael Steele’s tenure as GOP Chairman, at least he won. That’s more than can be said for the elections under Reince Priebus.

Much like Libertarians, the GOP establishment took their ball and went home in Virginia. How’d that work out for them? They “succeeded” – the guy they didn’t want to win didn’t win. But Terry McAuliffe, perhaps the sleaziest person in all of the Clinton universe, is now governor of Virginia. Pretty perverted way to make a point.