Some Thoughts About Being Safe

Dennis Prager
|
Posted: May 19, 2020 12:01 AM
Share   Tweet
The opinions expressed by columnists are their own and do not necessarily represent the views of Townhall.com. 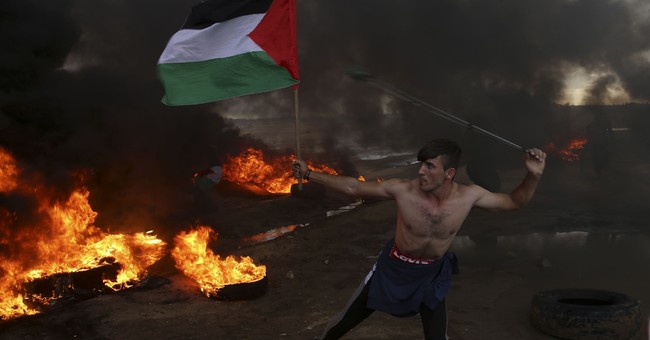 In a recent "Fireside Chat," my weekly talk show on the PragerU platform, I commented on society's increasing fixation on being "safe." The following is a condensed version of what I said:

The pursuit of "safe" over virtually all other considerations is life-suppressing. This is true for your own individual life, and it is true for the life of a society.

I always give the following example: I have been taking visitors to Israel for decades, and for all those decades, people have called my radio show to say, "Dennis, I would so love to visit Israel, but I'm just going to wait until it's safe." And I've always told these people, "Then you'll never go." And sure enough, I've gone there over 20 times, and they never went.

I have never led my life on the basis of "until it's safe." I do not take ridiculous risks. I wear a seatbelt whenever I'm in a car because the chances are overwhelming that in a bad accident, a seatbelt can save my life. But I get into the car, which is not 100% safe.

You are not on earth to be safe. You are on earth to lead a full life. I don't want my epitaph to be, "He led a safe life." It's like another epitaph I don't want: "He experienced as little pain as possible."

The nature of this world is such that if you aim for 100 percent safety and no pain, you don't live. I have visited 130 countries, some of which were not particularly safe. Safe, as in "no risk," doesn't exist. Accepting there are degrees of safety and balancing risk with reward are part of the reason I've led a rich life.

I'll give a personal example. I started teaching myself to conduct an orchestra when I was in my teens. I have conducted orchestras periodically for much of my adult life. As a guest conductor, I raise funds for orchestras, as I did two years ago at the Disney Concert Hall, where I conducted a Haydn symphony with the Santa Monica Symphony Orchestra.

Now, I rarely get nervous. But the first time I conducted, I was so nervous I was actually dripping sweat onto the score -- and it was only a rehearsal.

What I did was not play it safe. Playing it safe would have meant I wouldn't have accepted the invitation to conduct.

Take the issue of the word "safe" on campuses. "Safe" is used to suppress freedom of thought: "If we have a conservative speaker on campus, we need a 'safe space' where we can avoid feeling discomfort from exposure to ideas we don't like." A conservative speaker comes to campus and some students go to a "safe space" where they're given Play-Doh, hot chocolate and stuffed animals. I'm not joking. That's what they do at some colleges -- for people who are 18 and older.

That's why Adam Carolla and I named our movie about free speech "No Safe Spaces" (which you can and should watch at NoSafeSpaces.com).

"Safe" has become a dirty word. I rarely use it in the context of living life. It's one of the reasons I'm a happy person and have led a full life. I'm thinking of a trivial example, but life is filled with trivial examples. Most of life is not major moments. If I am at a restaurant and my fork or knife falls, I pick it up and use it. They rush over to give me a new one, like I am flirting with death if I take the fork from the floor. My view is there's no reason to come over. The fork fell on the floor. What did it pick up -- diphtheria? Am I going to get pancreatic cancer from a fork that fell? I'm not troubled by these things.

"Safe" is going to suppress your joy of life.

It wasn't safe. I was in a totalitarian state, smuggling things in and out. But it was one of the most important things I've done in my life. Not to mention a life-transforming experience.

Before I went, I told my father about my plans. We both knew it wasn't safe. I'll never forget what my father said: "Dennis, I spent two and a half years on a Navy ship in World War II, fighting in the Pacific. So, you can take risks for a month."

Yes, he was worried. But this was a man who, despite having a wife and child, enlisted in the U.S. Navy to fight in World War II. He was an officer on a troop transport ship, a prime target of the Japanese. He wasn't safe. The World War II generation has been dubbed "the greatest generation." Part of what made them great was the last thing they would ever ask was, "Is it safe?"

If you want to lead a good and full life, you cannot keep asking, "Is it safe?" Those at college promoting "safe spaces" are afraid of life, and they want to make you afraid of life.

We're going crazy on the safe issue. It is making police states. That's my worry: In the name of safety, many Americans are dropping all other considerations.

"Is it safe?" shouldn't be the overarching element in your life. Pick the fork up. Wipe it off. And use it.

Postscript: Some left-wing media cited the remarks about picking up a fork (transcribed above word-for-word) in order to smear me and the message. The Daily Beast led with this mendacious headline: "Dennis Prager Licks Dirty Forks To Show COVID Who's Boss." And the Daily Mail offered its attack with this headline: "Right-Wing Radio Host Dennis Prager Boasts About Using Dirty Forks From Restaurant Floors in His Latest Rambling Message Downplaying Dangers of Coronavirus That Has Now Killed 88,000 Americans." As is obvious, my talk was about "being safe," not the coronavirus. Please read my last column about truth and the left.