Dennis Prager
|
Posted: Aug 28, 2018 12:01 AM
Share   Tweet
The opinions expressed by columnists are their own and do not necessarily represent the views of Townhall.com. 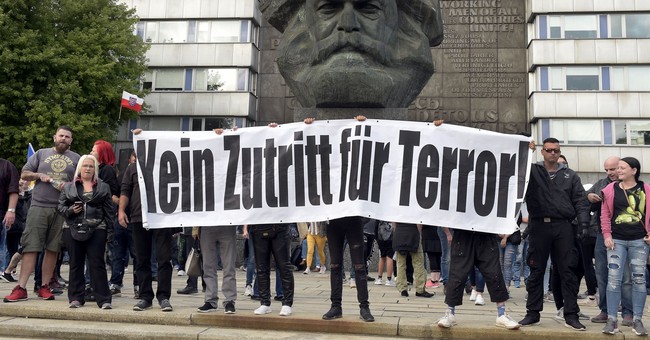 One of the most important books of the 20th century -- it remains a best-seller 59 years after it was first published -- is "Man's Search for Meaning" by Viktor Frankl.

Marx saw man's primary drive as economic, and Freud saw it as sex. But Frankl believed -- correctly, in my opinion -- that the greatest drive of man is meaning.

One can be poor and chaste and still be happy. But one cannot be bereft of meaning and be happy -- no matter how rich or how sexually fulfilled one may be.

The greatest provider of meaning for the vast majority of human beings has been religion. In the West, Christianity (and on a smaller scale, Judaism) provided nearly all people with the Bible, a divine or divinely inspired text to guide their lives; a religious community; answers to life's fundamental questions; and, above all, meaning: A good God governs the universe; death does not end everything; and human beings were purposefully created. In addition, Christianity gave Christians a project: spread the Good News, and bring the world to Christ. And Judaism gave Jews a project: Live by God's laws of ethics and holiness and be "a light unto the nations."

All this has disappeared for most Westerners. The Bible is regarded as myth, silly at best, malicious at worst -- there is no God, certainly not the morality-giving and judging God of the Bible; there is no afterlife; human beings are a purposeless coincidence with no more intrinsic purpose than anything else in the universe. In short: This Is All There Is.

So, if the need for meaning is the greatest of all human needs and that which supplied meaning no longer does, what are millions of Westerners supposed to do?

The answer is obvious: Find meaning elsewhere. But where? Church won't provide it. Nor will marriage and family -- increasingly, secular individuals in the West eschew marriage, and even more do not have children. It turns out, to the surprise of many, that marriage and children are religious values, not human instincts. In the West today, love and marriage (and children) go together like a horse and a carriage for faithful Catholics, Orthodox Jews, religious Mormons and evangelical Protestants -- not for the secular. I know many religious families with more than four children; I do not know one secular family with more than four children (and the odds are you don't either).

The answer to the great dearth of meaning left by the death of biblical religion in the West is secular religion. The first two great secular substitutes were communism and Nazism. The first provided hundreds of millions of people with meaning; the latter provided most Germans and Austrians with meaning.

With the fall of communism and the awareness of the extent of the communist mass murder (about 100 million noncombatants) and mass enslavement (virtually all individuals in communist countries -- except for Communist Party leaders -- are essentially enslaved), communism, or at least the word "communism," fell into disrepute.

So, what were secular intellectuals to do once communism became "the god that failed"?

The answer was to create other another left-wing secular religion. And that is what leftism is: a secular meaning-giver to supplant Christianity. Left-wing religious expressions include Marxism, communism, socialism, feminism and environmentalism.

Judaism and Christianity hold that people are not basically good. Leftism holds that people are basically good. Therefore, Judaism and Christianity believe evil comes from human nature, and leftism believes evil comes from capitalism, religion, the nation-state (i.e. nationalism), corporations, the patriarchy and virtually every other traditional value.

Judaism and Christianity hold that utopia on Earth is impossible -- it will only come in God's good time as a Messianic age or in the afterlife. Leftism holds that utopia is to be created here on Earth -- and as soon as possible. That is why leftists find America so contemptible. They do not compare it to other nations but to a utopian ideal -- a society with no inequality, no racism, no differences between the sexes (indeed, no sexes) and no greed in which everything important is obtained free.

Judaism and Christianity believe God and the Bible are to instruct us on how to live a good life and how the heart is the last place to look for moral guidance. Leftists have contempt for anyone who is guided by the Bible and its God, and substitute the heart and feelings for divine instruction.