Who Are the Luckiest Jews, Blacks and Latinos?

Dennis Prager
|
Posted: Mar 13, 2018 12:01 AM
Share   Tweet
The opinions expressed by columnists are their own and do not necessarily represent the views of Townhall.com. 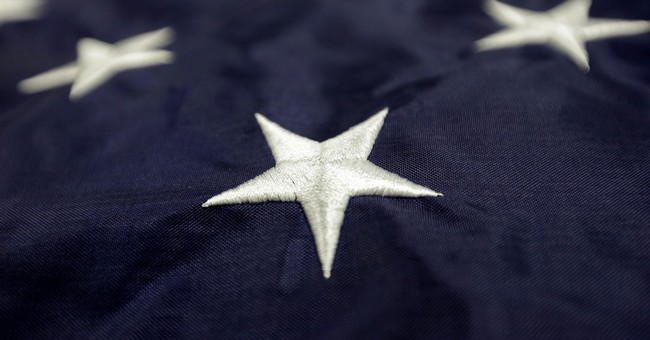 At The City College of New York in the late 1930s, my father, an Orthodox Jew, wrote his senior class thesis on anti-Semitism in America. He delineated common realities of the era, such as Jews' admission to law firms, country clubs and colleges being denied or restricted, and various other manifestations of popular and institutional anti-Semitism.

Yet he taught his two sons -- my older brother and me -- to believe that we, as Americans, were the luckiest Jews in Jewish history.

With the obvious exception of Jews living in Israel, he was right. I can state this with some authority, having written a book on anti-Semitism and taught Jewish history at Brooklyn College.

Despite the existence of anti-Semites and anti-Semitism in America, American Jews are indeed among the luckiest Jews in Jewish history. Even with the re-establishment of a Jewish state in the Land of Israel, many more Israeli Jews have moved to America than American Jews have moved to Israel. This is not a reflection on Israel, which is a country with a high quality of life that is an unparalleled blessing in Jewish life; rather, it is a reflection on America and how good it is for Jews.

Likewise, despite the existence of racists and racism in America, black Americans are among the luckiest blacks in the world. A distinguished black journalist, Keith Richburg of the Washington Post, fully acknowledged the horror and cruelties of slavery. Nevertheless, he thanked God his ancestors made it possible for him to be born and live in America, not Africa. After covering Africa for the Washington Post, Richburg put it this way in his newspaper: "Let me drop the charade and put it as simply as I can: There but for the grace of God go I.

"Somewhere, sometime, maybe 400 years ago, an ancestor of mine whose name I'll never know was shackled in leg irons, kept in a dark pit ... and then put with thousands of other Africans into the crowded, filthy cargo hold of a ship for the long and treacherous journey across the Atlantic. Many of them died along the way, of disease, of hunger. But my ancestor survived ... He was ripped away from his country and his family, forced into slavery somewhere in the Caribbean. Then one of his descendants somehow made it up to South Carolina, and one of those descendants, my father, made it to Detroit during the Second World War, and there I was born, 36 years ago. And if that original ancestor hadn't been forced to make that horrific voyage, I would not have been standing there that day on the Rusumo Falls bridge, a journalist -- a mere spectator -- watching the bodies glide past me like river logs. ... And so I thank God my ancestor made that voyage. ... I empathize with Africa's!
pain. I recoil in horror at the mindless waste of human life, and human potential. I salute the gallantry and dignity and sheer perseverance of the Africans. But most of all, I feel secretly glad that my ancestor made it out -- because, now, I am not one of them.”

That is why millions of Africans prefer to live in America than anywhere else. That is why more than 2 million Africans immigrated to the United States in the recent past (compared with the 388,000 who came as slaves). Unlike the many Americans -- black and white -- who believe the leftist libel about America oppressing blacks and all other nonwhites, the millions of Africans who want to come to America know how lucky they would be to be a black in America, as do the millions who already live here. They know they are, or would be, among the luckiest blacks in the world.

And what about Latin Americans? Like American Jews and American blacks, they are among the luckiest Latinos in the world. How could they or anyone else deny this given the fact that tens of millions of Latin Americans left their families, friends, culture, language and very homes to live in America? And given the fact that tens of millions more ache to do the same? What kind of lie must a person embrace to flee to a peaceful, prosperous country whose people treat him generously and beautifully and not think he is lucky to live there?

And, finally, there are the many white Americans -- people born and raised in America, many of whose ancestors also fled war, poverty and oppression in Europe -- who not only deny how lucky they are to live America but also vilify the founders of America who made their blessed life possible. Their attitude transcends mere lying; it enters the realm of pathology.