Dennis Prager
|
Posted: May 16, 2017 12:01 AM
Share   Tweet
The opinions expressed by columnists are their own and do not necessarily represent the views of Townhall.com. 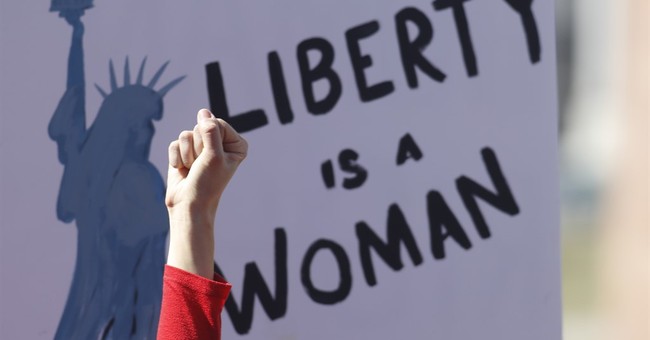 The number of foolish statements made by men and women who consider themselves feminists is essentially equal to the number of people who strongly identify as feminists.

I write "strongly identify" because if asked, "Are you a feminist?" most women will say yes.

Intelligence varies among these women and men as much as it does among members of any group of people; there are both brilliant individuals and dummies who say they are feminists. But the women today -- I am not talking about suffragettes in the early 20th century -- whose identities are wrapped up in being a feminist are nearly all dummies. That doesn't mean they all lack brainpower. There are many people with a fine brain who are fools. Indeed, such individuals dominate our universities.

This realization occurred to me again when reading a CNN column written last week by Jill Filipovic, one of CNN's feminist writers. (Does CNN employ a non-feminist female writer?)

The column was about Australian Sen. Larissa Waters, who breast-fed her child in the parliamentary chamber while Parliament was in session. The CNN writer, as would be expected, lauded the parliamentarian: What could be more beautiful or natural than breast-feeding in Parliament?

Among the writer's arguments defending Sen. Waters was one in which she said, "Yes, for many people, breasts are sexually alluring or arousing -- but so too are lips and hands, and having those out in Parliament doesn't bring on sexual chaos."

This was similar to the argument advanced by the highest court in the state of New York in a 1992 ruling that said women could go topless in public because men can, and there is no difference between a man's chest and a woman's. In the court's words, the law that prevented them from doing so "discriminates against women by prohibiting them from removing their tops and exposing their bare chests in public as men are routinely permitted to do."

Now back to our feminist at CNN who compared the sexually alluring and arousing nature of visible lips and hands with visible breasts.

It is difficult to overstate the foolishness of that comment. For one thing, the only inference to be drawn is that women in parliament and all other public spaces should uncover their breasts just as they do their lips and hands. But what is truly absurd is the equation of seeing women's breasts with seeing their lips and hands. Is the author unaware of the fact that men pay to enter "topless" bars in order to look at women's breasts wherever on Earth it is permitted?

Now, why is that?

Some will say it's only because women's hands and lips are visible, while their breasts are covered. If all women were to wear gloves in public, the argument goes, men would pay to see women's bare hands.

I trust that most readers find such an argument risible.

Men from Saudi Arabia, where women's lips are regularly covered, go to the West and pay to see women's breasts, not their lips.

Because in virtually every society, heterosexual men have found the female breast a particularly sexually alluring part of a woman's body.

Evolutionary psychologist Carol Jahme, a science columnist for the left-wing pro-feminist publication the Guardian, summarized a whole host of academic studies. She wrote: "The full, plump bosom seen in the human ape is an anomaly. No other primate has a permanent breast. ... The sex appeal of rounded female buttocks and plump breasts is both universal and unique to the human primate."

So, then, the sole purpose of women's breasts is not for nursing babies. It is also to attract and arouse men.

Yet, whoever argues that women's breasts are there to arouse men, not just to provide a baby with milk, is dismissed by feminists as a sexist heterosexist patriarchal pig, a product of a sexist culture that renders women and their baby-feeding mammary glands sexual objects.

But it turns out that science, not just common sense, rejects the feminist argument.

So, how does a CNN columnist, along with myriad other feminists, not know this? Why did my grandmother, who never went to high school, know this, while a vast number of graduates of our universities do not?

The only remaining question is: Did anyone at CNN find this column absurd? I suspect not.